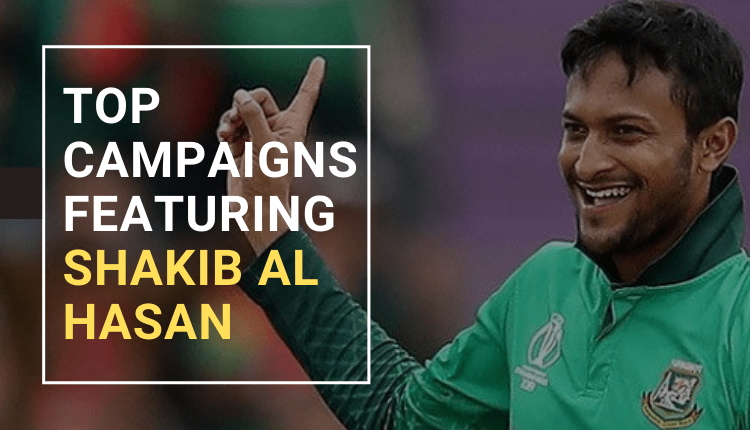 Bangladesh’s all-around cricketer, Shakib Al Hasan has made quite a name for himself all over the world. Not only is he seen as a talented player, but also as the role model for many aspiring cricketers and fans alike. For the cricket-loving country, Bangladesh, he is our pride and joy.

His obvious success in his career and at winning the hearts of every fan attracted some of the major companies in the country. Everyone wanted to feature him in their campaigns, but honestly, who can really blame them, right?

So, on the eve of Shakib’s Birthday, let’s have a look at some of the best campaigns featuring the number 1 ODI all-rounder of the cricket world:

So, which one do you like the most? Let us know. And for more updates, be with Markedium.

Prev Next
Subscribe to our newsletter
Sign up here to get the latest news, updates and special offers delivered directly to your inbox.
You can unsubscribe at any time
0 0 votes
Article Rating
2021MarchShakib Al Hasan
Share FacebookTwitterGoogle+ReddItWhatsAppPinterestEmailLinkedinTelegramViber