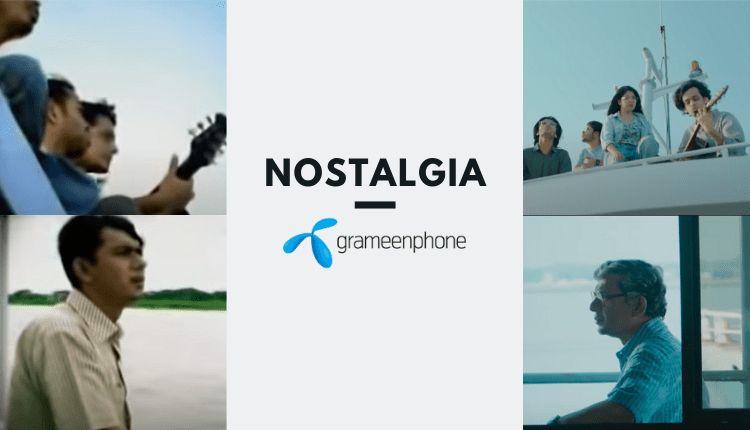 Well, the title must have already given you an idea about the old Grameenphone commercial we are referring to here! Still, let’s have a memory check-

Can you recall the campaign starring Chanchal Chowdhury going back to his village to visit his mother? Do you remember the starting scene of a Launch moving towards the river and Mr. Chanchal talking about his mother while a group of friends singing on the deck?

Yes, folks, we are talking about that heartfelt campaign! Let’s have a look:

Now, the recent campaign is almost as it was in the early 2000s. Chanchal Chowdhury is once again going to visit his mother by Launch to his village while once again a group of young friends singing on the deck. But the story has a brilliant re-creation.

In 2022, Chanchal Chowdhury got old and his mom has left the world he is basically visiting the village after a long time. Thanks to his daughter who fought with him to open a school named after her grandmother in Chanchal’s village for the ones who need it the most. Have a look:

How well Grameenphone has used the one particular line where Chanchal Chowdhury states he couldn’t sleep properly for a single night when his daughter left home, just like his mother couldn’t when he left.

However, there is another reason why we can give this campaign a full 10 on 10.

If you look a bit closer, you would notice how well Grameenphone has explained its journey, growth, and future ambitions with one single campaign and that too without forcing it.

Let us help you a bit.

If you see the old campaign, you would see Chanchal Chowdhury was giving his mother a mobile phone to stay connected. In other words, Grameenphone was solving the connectivity problem back then.

Now, in the last part of the new campaign, you can see Chanchal Chowdhury’s daughter was teaching the students of a remote village using the Grameenphone Internet. In other words, now Grameenphone is addressing the empowerment of the underprivileged segment of the country with the power of the internet focusing on the drive of our youth.

So, from the campaign, we can assume what the next 25 years of Grameenphone might look like. Our strong guess suggests that it will shape its platform to help the next generation drive the nation forward with its strong network infrastructure and multi-dimensional ecosystem.

Let us know your thoughts on the campaign and be with Markedium.