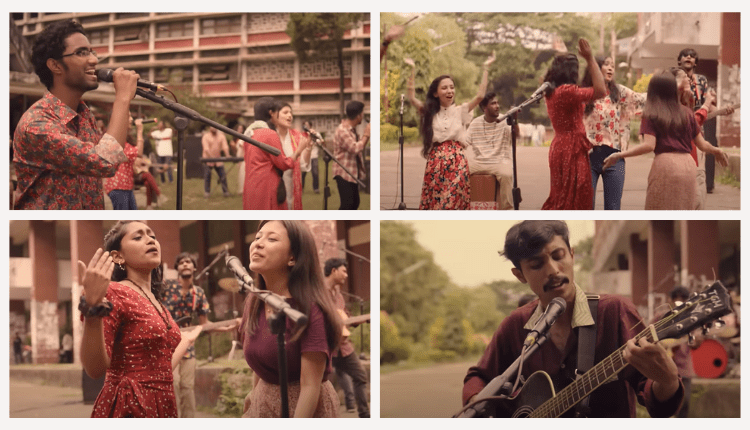 Well, there is one campaign in Bangladesh that is quite synonymous with Nescafe and happens to be one of the best campaigns ever made in the country. Yes! We are talking about the legendary “Cholo Shobai”- the campaign of the generation by Nescafe.

And this international coffee day, Nescafe Bangladesh with the participation of Dhaka University and Chattogram University students paid tribute to the legendary background score of “Cholo Shobai”. Just like the earlier generation, this generation also once again got indulged in the magic of the evergreen anthem.

To put into perspective, Cholo Shobai is not just a song but an unwritten anthem of the campus enchanted by thousand voices once. The tribute felt no different. We bet, when you watch the campaign, it will instantly take you back to the days when we used to sing the background song with friends or listen to it as a favorite one from our playlist.

Although mixing both versions was a bit sidetracked for me personally, let it aside it was a good one indeed. If you are a 90s kid like me, it will make you relive the best times of your lives and reminisce those old sweet memories once again.

In other words, the campaign was not about the creative masterstrokes, instead, it was all about the essence of the “Cholo Shobai” and everyone’s feelings associated with it. And, sharing this on the occasion of international coffee day, when everyone is bombarded with communications related to coffee, it couldn’t have been any more perfect.

Here’s the original Cholo Shobai Campaign by Nescafe That we all loved and cherished:

Here’s the second version of the campaign: