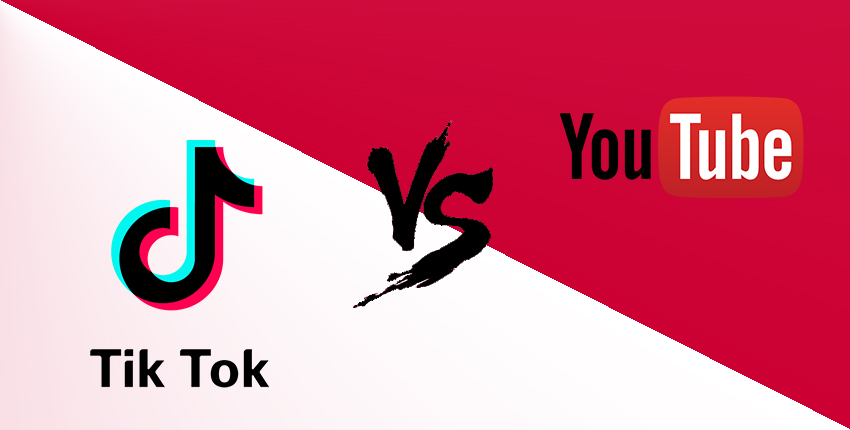 YouTube Shorts to battle it out with Tiktok2 min read

The short video content platform Tiktok has surged past being called only a fad with 300 Million users worldwide excluding China. The user base has claimed it to be “weirdly addicting”. So much so that YouTube, the giant of the video platform feels threatened enough to replicate the idea to incorporate into its own platform.

Although this is not the first time for youtube to replicate an idea of growing video platforms. Previously they incorporated Twitch’s super chat where people can pay in live streams to showcase their texts. Reports suggest it has been a huge success for youtube as influencers have even made $400 bucks a minute because of this feature.

Read More: All You Need to Know About TikTok’s Journey So Far [Infographic]

Later in 2018 youtube also started youtube stories, an idea originated by Snapchat, that showed a positive subscriber growth to channels that use this feature. But many had speculated that youtube would replicate the idea of the vine and incorporate it to their platform which they never did. And now, a very similar idea has come to bite again.

Check Out: TikTok Allows Users to Upload Via Desktop

In the last quarter of 2019, youtube was rumored to be in talks to acquire Fireworks, a short-video platform but the current CEO Susan Wojcicki has confessed to an NBC Podcast (to be published by the end of the month) that they are working to incorporate a short video platform to the youtube app in mobile phones.

Subscribe to our newsletter
Sign up here to get the latest news, updates and special offers delivered directly to your inbox.
You can unsubscribe at any time
Check Out

With over 2 Billion users and an avid library of copyright music, it is beyond doubt that youtube shorts will gain significant momentum. But youtube has a strong weapon to make it sustainable, which Tiktok hasn’t yet cracked. And it is the lucrative monetization policy for youtube influencers. Tiktok is still working on monetizing its influencer base and if youtube becomes a player in the market, they will pose a substantial challenge that Tiktok may not overcome.

Whether Tiktok prevails or goes down the history following Vine is yet to be seen. But the world surely is waiting for Youtube Shorts that will roll out by the end of this year.

Stay connected for all the latest updates at Markedium.

CEO of Zoom Made $4 Billion Amid Coronavirus Pandemic