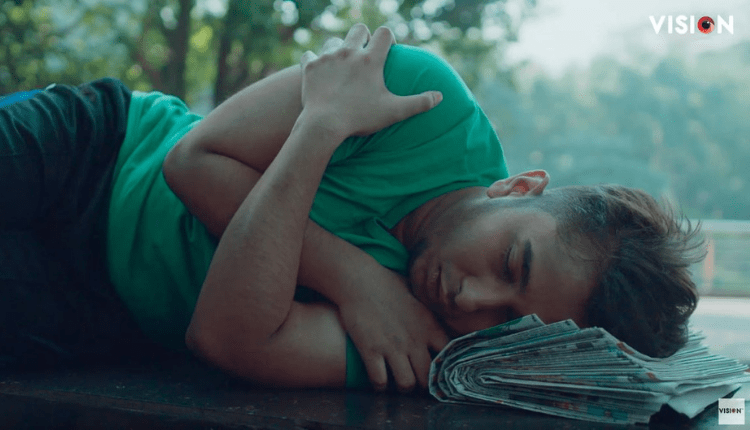 Winter; a season most of us eagerly wait for all year round. The winter season brings with it an abundance of joyous occasions. The phrase ‘Winter Is Coming’ is conveyed with a positive note, in this case. In Bangladesh, winter is associated with warmth, happiness, and festivities. Students all across the country finally end their yearly terms and go for a long vacation. On the other hand, the pitha festivals start taking place left and right. Every winter we make our New Year’s Resolutions; most of which we fail to keep up with. Oh, let’s not forget the Shakrain festivals! But, that’s just one half of the true scenario during winter.

Read More: Grameenphone & Fuad Seek to Unearth the Next Big Thing in Music

There are those who struggle to survive in the freezing cold, lying on open streets during winter as well. These are the people who live from hand to mouth and are below the breadline. For these people, a winter cloth, a shelter to keep them warm, is like a dream come true. Keeping in mind the struggle of the winter sufferers, Vision has launched its latest campaign. In the campaign, the brand urges all of us to come forward and spread a little warmth to the winter sufferers.

THE THREE SCENES THAT MOVE US

The campaign shows us three unique scenes, through which it illustrates the storyline. The most remarkable aspect of this campaign is that all three scenes are incredibly relatable. Each of these scenes resonates with us, as almost all of us have felt the same feeling which has been visualized in the advert.

The first scene takes us along a journey of an aged man, taking his morning jog, around Dhanmondi lake. As he is passing a teenager, he sees that the kid is sleeping on a makeshift pillow of newspapers. Seeing the kid lying on a tile on the freezing winter morning, we experience similar emotions as the man in the frame. We see the man taking his hands out of his winter jacket, and going through a mixed emotion of sadness, and guilt.

Guilt only the privileged feel.

The only difference was, that the mother did not have the privilege to buy her daughter a jacket. So, she was trying to keep her daughter warm with her saree. The second scene shows us the disparity between two similar situations. As the mother decides to pick out another jacket for the young girl on the street, they leave.

As for the third scene, we see the disparity of people coming from different income classes during festivities. While some enjoy their rooftop celebrations, flying kites, and balloons, others are sitting on the streets warming their hands. By the time a young girl notices that and tries to help them out, they leave.

The campaign reaches its conclusion as a bold voice reminds us of the true struggles of the other half of the society. The ones who are not privileged; the ones who suffer while we rejoice. The background music adds to the overarching message of the whole campaign; spreading warmth.

Vision Electronics does a spending job in creating salience in the minds of the customers with the advert. Furthermore, it positions itself as a brand that cares about the ones who are often overlooked. Vision promises to distribute warm clothing to a winter sufferer every time a customer buys a Vision Fridge or AC.

A stunning advertisement with creative story-telling, with an impactful call to action.

What are your thoughts on Vision’s latest campaign? For more updates, stay with Markedium.

Subscribe to our newsletter
Sign up here to get the latest news, updates and special offers delivered directly to your inbox.
You can unsubscribe at any time
0 0 votes
Article Rating
2021BangladeshCSR CampaignJanuaryVision Electronics
Share FacebookTwitterGoogle+ReddItWhatsAppPinterestEmailLinkedinTelegramViber