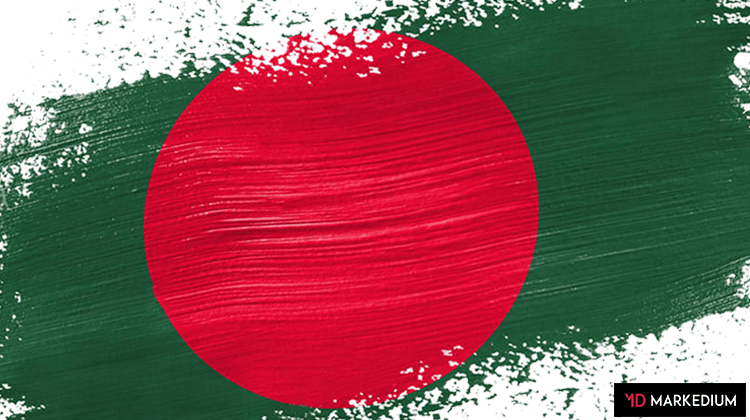 As with the Victory Day campaigns over the years, brands have whipped up the patriotic fervor for Bangladesh’s 49th Victory Day as well. This year, instead of a noisy display, brands adopted a more subtle and emotional approach to their campaigns and was focusing on the optimism of leading the country forward and commemorate the sacrifice of our freedom fighters and their families.

This year we have also noticed a new trend of “Short AV Series” incorporated with a goal to establish a full story than creating a full-length traditional AV for this year’s victory day campaigns. Consumers ’ ever-decreasing patience for long content is probably the reason for working behind it.

So, to sum up – from a humorous take on promotion-led ads during Victory Day to pay homage to those who fought for our freedom, this year, brands have adopted some interesting angles. Here are our top 7 picks-

Conceptualized by Asiatic JWT, the emotionally provoking campaign from Nestle Bangladesh has earned our top spot this year. The campaign was designed in such a manner that it makes the audience understand their responsibility towards our beloved Bangladesh.

The film tried to portray one simple agenda- Our freedom fighters have done their part in achieving today’s Bangladesh and now it’s our responsibility to build Bangladesh for the future.

This victory day, IDLC Finance Ltd has created an inspiring campaign that brings us out from the dark and shows us a way out to the moment of freedom and the moment of victory.

In a nutshell, the energetic representation of the whole campaign dictates that we all have a fighter within us and we just need the courage to break the social or any other barriers to achieve whatever we want.

Moreover, the inspiring voice-over sums up to the point where we all want to stand up by their side and fight together.

The best form of ads is those which gives you goosebumps. You know it has affected you and you will remember it. Conceptualized by Analyzen,  Fresh Victory Day Campaign 2019 is an appropriate blend of inspiration, motivation, and execution.

The voice-over wouldn’t be this much perfect if it weren’t for Mr. Noor’s amazing emotion flowing throughout. Additionally, the resembles of “A proud winning mother” to the motherland throughout the audiovisual keeps the tone, the message consistent with the brand.

During the war in 1971, our Bengali mothers showed characteristics of no less than field soldiers. They gave us their beloved children so that we could leave in peace in our own independent Bangladesh.

Conceptualized by Papyrus Communications, the recent victory day campaign from Bashundhara for their Atta, Mayda, Suji line follows the affection, sacrifice, and love within this 2:45 minutes of OVC.

With such a low budget (as per the set design) of the production, the victory day campaign has reached and engaged thousands.

People rarely visualize the contribution of friendship towards the victory of our war. You might have thought about it. But someone spoke about it. They have done it subtly last year. However, this time they spoke louder.

The brand, keeping itself relevant, has shown distinct perspectives of friendship. The youth-driven telecom giant of Bangladesh released a series of three short AVs to state the significance of friendship during our freedom war. Here is one of the AVs and if you want to watch the rests, click here!

Just like Airtel above, this Victory Day Akij Plastics has also created a series of short AVs to inspire everyone to be a patriot with their selection of acts in their regular life.

Throughout all the short AVs, Akij Plastics pointed out some of the regular wrongdoings in Bangladesh and used the national flag of Bangladesh as a reminder to put a stop to all those negative actions.

In other words, the core message of the campaign was to inspire and encourage everyone to uphold the pride of Bangladesh from their own state and course of action.

Among all the four, this thumb-stopper is our favorite. Have a look:

Bashundhara fortified soybean oil paid their tribute to an almost forgotten tale of one of our martyr freedom fighter Azad and the sacrifice of his mother. The OVC was mainly catered to the GEN Z of Bangladesh.

It is important for brands to connect their audience with the history of a country. Especially in Bangladesh because a large generation gap exists in this country that segments the audience into two parts. One part of the audience is greatly moved by our liberation war history.

Read more: 7 Victory Day Campaigns That Stood Out in 2018

On the contrary, the other part does not have any knowledge regarding the bravery of our ancestors. Both the audience presents a great opportunity for marketers in the country to come up with engaging content. Brands can emotionally move one audience while educating the other one.

So, this was our take on this year’s victory day campaigns! Tell us which one is your favorite and if you believe we have missed any campaign that should have been on the list, do let us know!

For more exciting happenings about the branding and advertising in Bangladesh, be updated with Markedium.

6 Tips to Persuade Consumers for Your E-Commerce Product