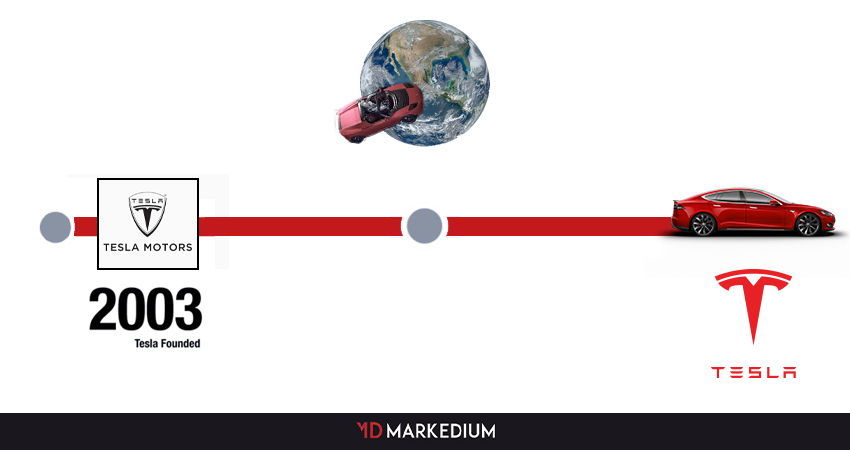 Back in the days of the Mid 19th century, when the personal usage of electric vehicles led to a worldwide decline. Instead, some people kept dreaming about building alternative fuel cars. With this in mind people worked on the vehicles to make these affordable with a higher top speed. Moreover, they ensured a longer battery range similar to internal combustion engine vehicles. Fast forward to July 1st, 2003, a group of engineers wanted to prove that people do not need to compromise to drive electric vehicles. Hence, The foundation of Tesla took place for a better future.

Especially, Today Tesla successfully completes 17 years of its glorious journey with a mission to accelerate the world’s transition to sustainable energy. Therefore, wishing A Rapturous Foundation Day to Tesla.

As a tribute to this company of excellence, I am going to share their brief story. Coupled with interesting facts with thoughtful insights.

To begin with, two American entrepreneurs Martin Eberhard and Marc Tarpenning gave birth to their dream company. Consequently, they named the company after the famous Serbian American inventor Nikola Tesla. Later, PayPal co-founder Elon Musk contributed over $30 million to the venture. In addition, he became the company chairman early in 2004.

Even though, Tesla at first unveiled itself as Tesla Motors. In other words, an electric-automobile manufacturer. At present, the company is producing infinitely scalable clean energy generation and storage products along with all-electric vehicles.

Back in 2008, by launching The Roadster, Tesla showed its cutting-edge battery technology and electric power-train for the very first time. Right after that, it launched the world’s first-ever premium all-electric sedan. In other words, they call it Model S. In fact, it has become the best car in its class in every category.

Notably, Combining safety, performance, and efficiency, Model S took the standard of the world’s expectations for 21st-century cars to another level. Additionally, the longest range of the electric vehicle, over-the-air software updates make it better over time. Especially, it has a record 0-60 mph acceleration time of 2.28 seconds.

Subsequently, In 2015, Tesla expanded its product line with Model X. In other words, the safest, quickest, and most capable sport utility vehicle in history. Moreover, this model holds 5-star safety ratings across every category from the National Highway Traffic Safety Administration.

After that, in 2016, Tesla introduced Model 3, a low-priced, high-volume electric vehicle that began production in 2017. Gradually, Tesla Semi came to the market. Markedly, it is a truck that saves owners at least $200,000 over a million miles based on fuel costs alone.

After that, in 2019, Tesla unveiled Model Y. A mid-size SUV, with seating for up to seven. Besides that a Cybertruck, which will have better utility than a traditional truck and more performance than a sports car.

“You have to match the convenience of the gasoline car in order for people to buy an electric car.”

Sustainable Energy For Everyone

At the present time, Tesla is manufacturing an exclusive set of energy solutions. With this intention to create an entire sustainable energy ecosystem. Such as Powerwall, Powerpack and Solar Roof. Moreover, it is enabling homeowners, businesses, and utilities to manage renewable energy generation, storage, and consumption. For this purpose, Tesla’s automotive and energy product is Gigafactory 1. To explain, it is a facility designed to significantly reduce battery cell costs. Furthermore, it brings cell production in-house. On the other hand, Tesla manufactures batteries at the volumes required to meet production goals. Correspondingly, the company creating thousands of jobs.

As a matter of fact, this is just the beginning. Consequently, Tesla will continue to make products accessible and affordable to more and more people. By the same token, it is accelerating the advent of clean transport and clean energy production. To illustrate, Electric cars, batteries, and renewable energy generation. Not to mention, storage already exists independently. Therefore the company believes the joint effort will make the cause even more powerful. In fact, that is their aim for a better future.

Tesla, The Best Automaker in the world

Undoubtedly Tesla started its journey to solve an existential problem. To explain, the idea was to create a vehicle that will not need fossil fuels to work. Moreover, they wanted to show the industry a new way to the future of the automobile sector. To emphasize, this was during a time where many thought it was impossible and improbable that Tesla would have any real success at all.

Generally speaking, the stock topping $1,000 per share is only a preview of what is yet to come. In fact, investing in a company is like a roller coaster ride. Be that as it may, this company has dedicated customers, fans, and large institutional investors as well.

The truth is many people are not as passionate about their favorite brands as Tesla owners and fans are about Tesla. In the same vein, people purchase things that met their taste or connect them emotionally. Therefore, it is the brand’s responsibility to make consumers meet their needs.
Moreover, provide the optimal solutions to their problems. Further, they should also make them understand “why they need it? “ In this case, Tesla and Elon Musk served millions of people around the world. In effect, Tesla has become the most valuable automaker in the world.

Subscribe to our newsletter
Sign up here to get the latest news, updates and special offers delivered directly to your inbox.
You can unsubscribe at any time
0 0 votes
Article Rating
Automobile Industrybest automaker in the worldTeslaTesla jourrney so far
Share FacebookTwitterGoogle+ReddItWhatsAppPinterestEmailLinkedinTelegramViber