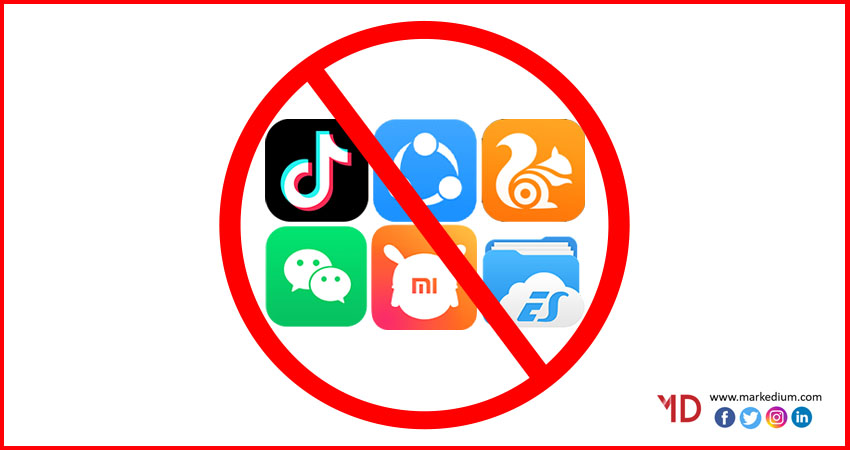 Recently, The government of India banned 59 Chinese applications. For instance, top social media platforms such as TikTok, Helo,  and WeChat. With this intention to protect the privacy security accessed by these applications.

Besides, prominent apps like  ShareIT, UC browser, and shopping app Clubfactory are on the ban list as well. Under the circumstances, The government of India blamed the applications for the prejudicial activity that hampers sovereignty and integrity of India. Moreover, the government addressed their activities hazardous for the defense of India, the security of the state, and public order.

Read more: Facebook Shares Dropped Down 8.3% Due to Advertiser Strike

The statement from the ministry of electronics and IT (MEITY) said that it has received many complaints from various sources including several reports about the misuse of some mobile apps available on Android and iOS platforms for stealing and surreptitiously transmitting users’ data in an unauthorized manner to servers which have locations outside India.

“These apps have been there for a long time, and there are some privacy and security issues with them including risks of data going out of the country”

There have been seething worries on viewpoints identifying with information security and defending the protection of 130 crore Indians. It has been noted as of late that such concerns. Likewise, these represent a danger to the power and security of our nation,” the announcement included.

At this instant, this decision may come as a major blow to China’s Digital Silk Route ambitions. Further, it could also lead to more countries following India’s path in acting against these Apps.

Let us know your opinion!

Prev Next
Subscribe to our newsletter
Sign up here to get the latest news, updates and special offers delivered directly to your inbox.
You can unsubscribe at any time
0 0 votes
Article Rating
2020Chinaglobal businessIndiaJuneTikTokuc browserWechat
Share FacebookTwitterGoogle+ReddItWhatsAppPinterestEmailLinkedinTelegramViber

Starbucks: Just A Coffee Shop or A Global Bank?