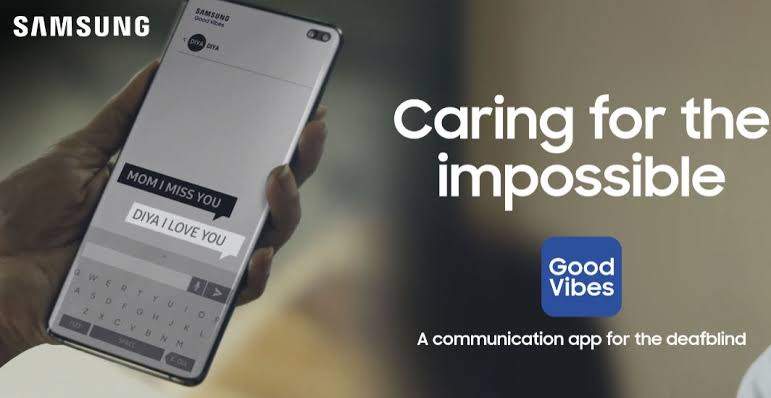 0.2 out of 100 – seems to be a very little portion, right? But what if I tell you in this little portion, 14 Million people are suffering from both visual and hearing disabilities. Yes, it’s not a story. In spite of having traditional methods, life is never easy for a deafblind individual. But then again, Samsung proved in the world of modern advanced technologies – we can mitigate even problems like deaf-blindness.

Recently, Samsung has come up with an app named “Good Vibes App,” which seeks to be a communication tool for the deafblind. The app drew huge attention among people through a splendid OVC.

How does the app work?

Since deafblind people use vibration to communicate or understand any term from the different end, The Good Vibe app has used the Morse code to convert vibrations in text or voice and vice-versa. The app has got two different interfaces – one for the communicator and the other for the deafblind.

Read more: The campaign that is making Bangladesh Proud

The campaign in a nutshell
The OVC started off showing a frightened deafblind girl with her mother struggling with her daughter’s issues. It also portrayed the love of a mother for her child even in such crisis and the pain of letting go of her child. Here’s what the GOOD VIBES APP played the role to bring the daughter close to her mother by being the medium of expressing her feelings.

And finally, Good Vibes app is not just a medium of communication, but also a medium of expressing feelings for our close one even having disabilities like deaf-blindness.

Long But Spot-On | Sindabad.com Delivers The Message of…

Nike Latest Campaign -Dream For The Next You