The cost of attracting consumer attention is one of the most expensive business costs in recent years. Consumer attention span has been its lowest lately due to the vast clutter of promotional activities pushed towards the consumers. No wonder why, the impact of CSR campaigns has never been so crucial like now.  Brands are now promising several things to do good for the society to write their name on the consumer’s good book. But have you ever wondered about how the brands keep many of those promises?

Most of the cases, we see the mammoth exposure of the campaign during the launching, but often the brands and we the consumers both forget to share the end impact. But today, let’s have a look at one particular CSR campaign that is making Bangladesh proud.

We are talking about “Teer- Go for Gold” from City Group!

It was all started two years back when one of the largest conglomerates of Bangladesh, City Group and the Bangladesh Archery Federation jointly launched a project named “Go for Gold” to achieve gold medals in 2020 Tokyo Olympics and 2022 Asian Games in Hangzhou, China. City Group associated their famous brand Teer with the campaign to make it even more relevant.

As per the agreement, City Group promised to provide 1.8 crore BDT for the initial year, and the later funding would be decided based on the growth. City group and BAF had a road map to achieve their associated goals, starting with improving the coaching facilities, players training facilities to improve the health standards of the players. BAF received BDT 2.2 crore for the second year of the campaign. The budget for the third year is yet to be announced.

So, did their plan show any result? The result couldn’t have been better, and we can see how the standard of our archery has improved over this short period. How?

Well, the person who won Bangladesh the first-ever medal in a World Championship archery needs no introduction. Ruman Shana, a prominent archer, trained under the “Teer-Go for Gold” project bagged the bronze medal after beating Italian archer Mauro Nespoli convincingly by 7-1 sets during the recurve men bronze final in the Netherlands in June this year. That made Ruman qualify for Tokyo Olympic 2022 as the first-ever archer from Bangladesh to be eligible for any Olympic event. 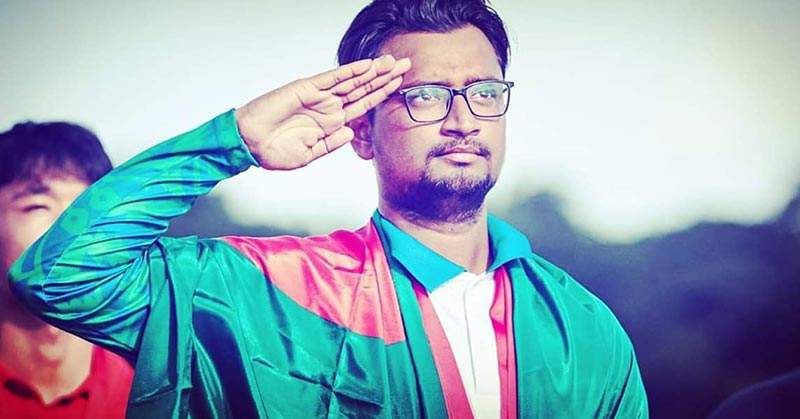 Ruman’s aim to glory has been apparent during this time as he won the silver medal in the Asian Cup Stage 1 in Thailand prior in May.

However, “Teer- Go for Gold”- achieved its finest feet of success when Ruman made history and paid justice to the campaign title after clinching the gold medal in the men’s singles recurve category at the Asia Cup-World Ranking Tournament this September.

Kudos to Ruman, BAF and City Group for achieving such height. We can surely see the growth and the dream is on!

So, What Was The Difference-Maker?

You see, everything needs proper planning and structural excellence to achieve the desired success. From the start of the campaign, both City Group and BAF had the plans on point. Even the increase of BDT 4 million in the second year’s budget from City Group was dependent on achieving specific goals from the BAF end. Evidently, after achieving five targets out of eight during the first year made the increase in budget. So, the process is pretty strict, yet fair and achievable.

Well, is it improving? Without any doubt. You can consider Ruman Shana as exhibit A.

UAE Investors To Inject Around BDT 84000 Crores In Bangladesh

Now You Can Also Add Money From VISA To bKash

Long But Spot-On | Sindabad.com Delivers The Message of Affordable Solutions to the…