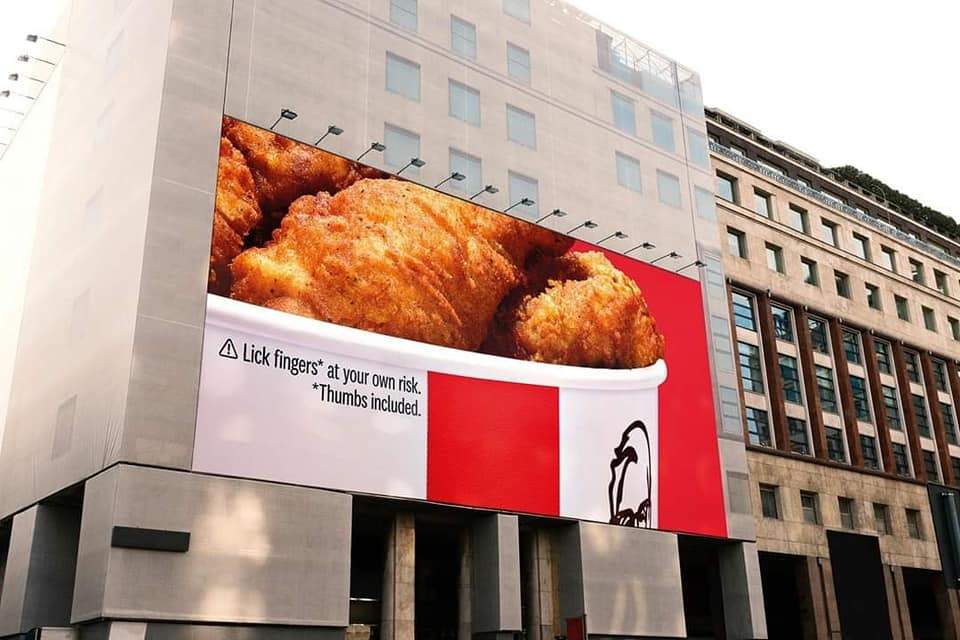 Every time we are asked to close our eyes and think of Kentucky Fried Chicken, two things come in sight. First, the evergreen face of Colonel Sanders. Second? Well, the slogan of “Finger Lickin’ Good!”, which defines this million-dollar fast-food chain. But, in their latest campaign, let’s just say, they tweaked it a little bit.

Okay, no more Lickin’ your fingers. At least, that is what KFC urges all their customers during this global pandemic.

We are well accustomed to the rich, stunning visuals of KFC chicken buckets, or juicy wings on billboards and advertisements. Whether you are a millennial or not, it’s safe to say that you have come across the aforementioned visuals at least once. Hence, it is also obvious that you have read and heard the words “Finger Lickin’ Good” many times. The slogan has become a testament to KFC’s global exposure and acceptance.

Want to know what is even more incredible? KFC’s latest campaign.

If you have read till this far, you’re in for a surprise.

Here goes: KFC has taken down its official slogan. The days of “Finger Lickin’ Good” are gone. Due to the global pandemic of COVID-19, KFC has decided to take down its usual slogan. Instead, they used their branding innovation to come up with entirely opposite slogans compared to before.

Now, you are likely to see altered slogans as a message for COVID-19 on KFC billboard adverts. 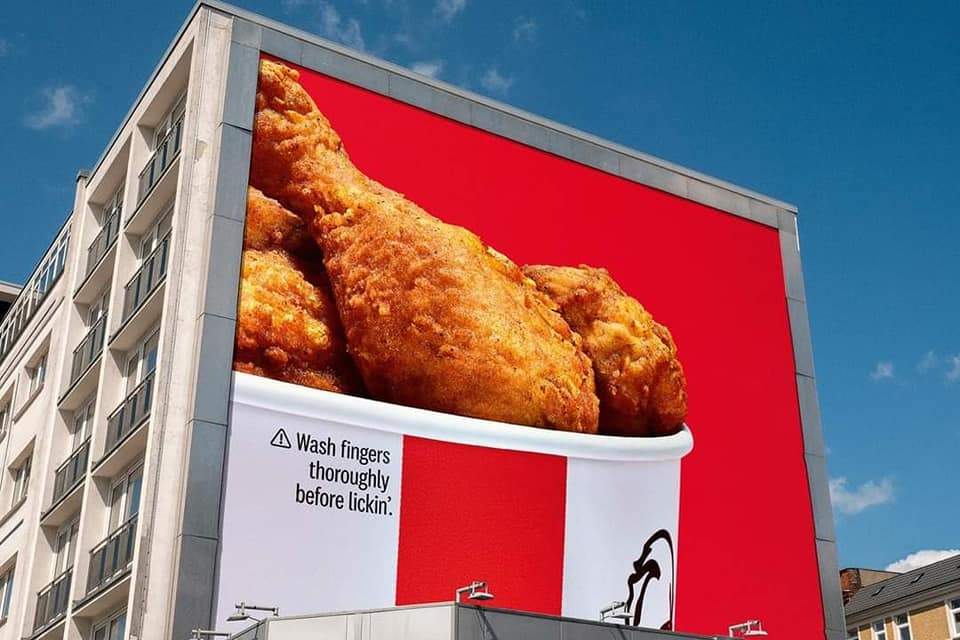 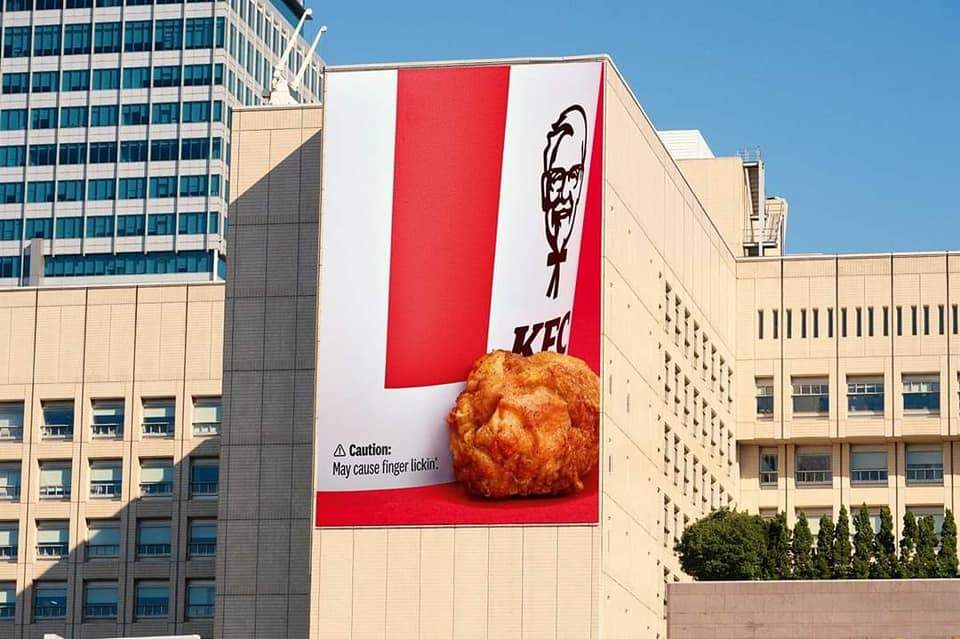 “Caution: May cause finger lickin’”.

“Lick fingers at your own risk. Thumbs included”.

A stunning execution of brand promotion, integrated with social awareness.

What are your thoughts on the new brand promotional strategy of KFC?

Prev Next
Subscribe to our newsletter
Sign up here to get the latest news, updates and special offers delivered directly to your inbox.
You can unsubscribe at any time
0 0 votes
Article Rating
covid19finger lickin goodKFCmother londonSlogan
Share FacebookTwitterGoogle+ReddItWhatsAppPinterestEmailLinkedinTelegramViber

Nescafe Redefining the Meaning of Friendship