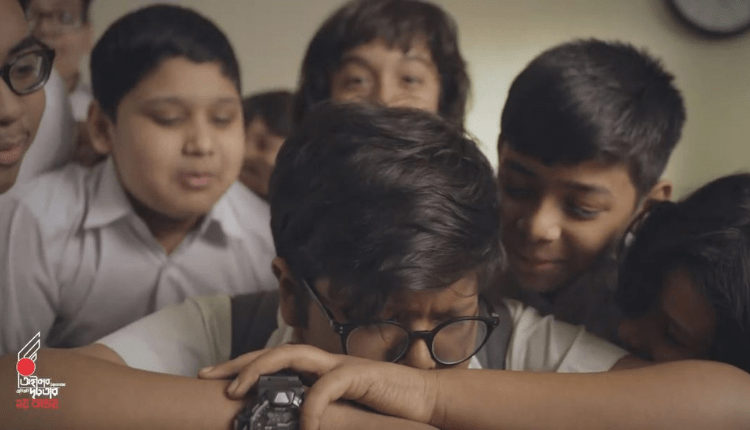 Language isn’t just a medium of communication, it’s a privilege that many are denied of. Very few people truly understand and appreciate its value and choose abuse and make a mockery out of it. Last year GPH Ispat introduced a campaign titled “একুশের প্রতিজ্ঞা” that reminded us about the misuse of our mother language and its purity. This year, GPH Ispat created the second version of last year’s  “একুশের প্রতিজ্ঞা” and pointed out the dangerous misuse of our beloved Bengali that leave a long-lasting mark on the human mind.

The campaign starts with a child refusing to go to school. He finally caves in attends class while his face remains etched with tears of fear. His fears quickly become apparent as he enters the school building. It turns out that he’s often the subject of bullying and harassment by his classmates. Verbal abuse is highlighted at the core of this demeaning event as the students would make ugly limericks to belittle him.

Fat-shaming, racism, and body shaming are also seen as popular instruments of bullying in this campaign. Through ugly creativity, the boy gets bullied incessantly on the school campus. The campaign ends with his mother realizing the cruelty her son is subjected to on a daily basis as a tear of helplessness told across her cheek.

A Sobering Reminder of Language Preservation

GPH Ispat’s “একুশের প্রতিজ্ঞা” campaign is the second edition of a series that is dedicated to reminding viewers of the sanctity of our mother tongue. A powerful and empowering voiceover is used in it to remind us of the sacrifices we made to protect our language. The entire purpose of this campaign is to create language awareness.

Just because we can talk doesn’t necessarily mean that can abuse our language and use it carelessly. An endearing campaign with a sobering message, in the end, GPH Ispat has truly set a benchmark on cultural preservation with this campaign.

How do you feel about the recent campaign by GPH Ispat? For more updates, be sure to tune into Markedium!

Prev Next
Subscribe to our newsletter
Sign up here to get the latest news, updates and special offers delivered directly to your inbox.
You can unsubscribe at any time
0 0 votes
Article Rating
202121st February CampaignsFebruaryGPH IspatInternational mother language day 2021
Share FacebookTwitterGoogle+ReddItWhatsAppPinterestEmailLinkedinTelegramViber