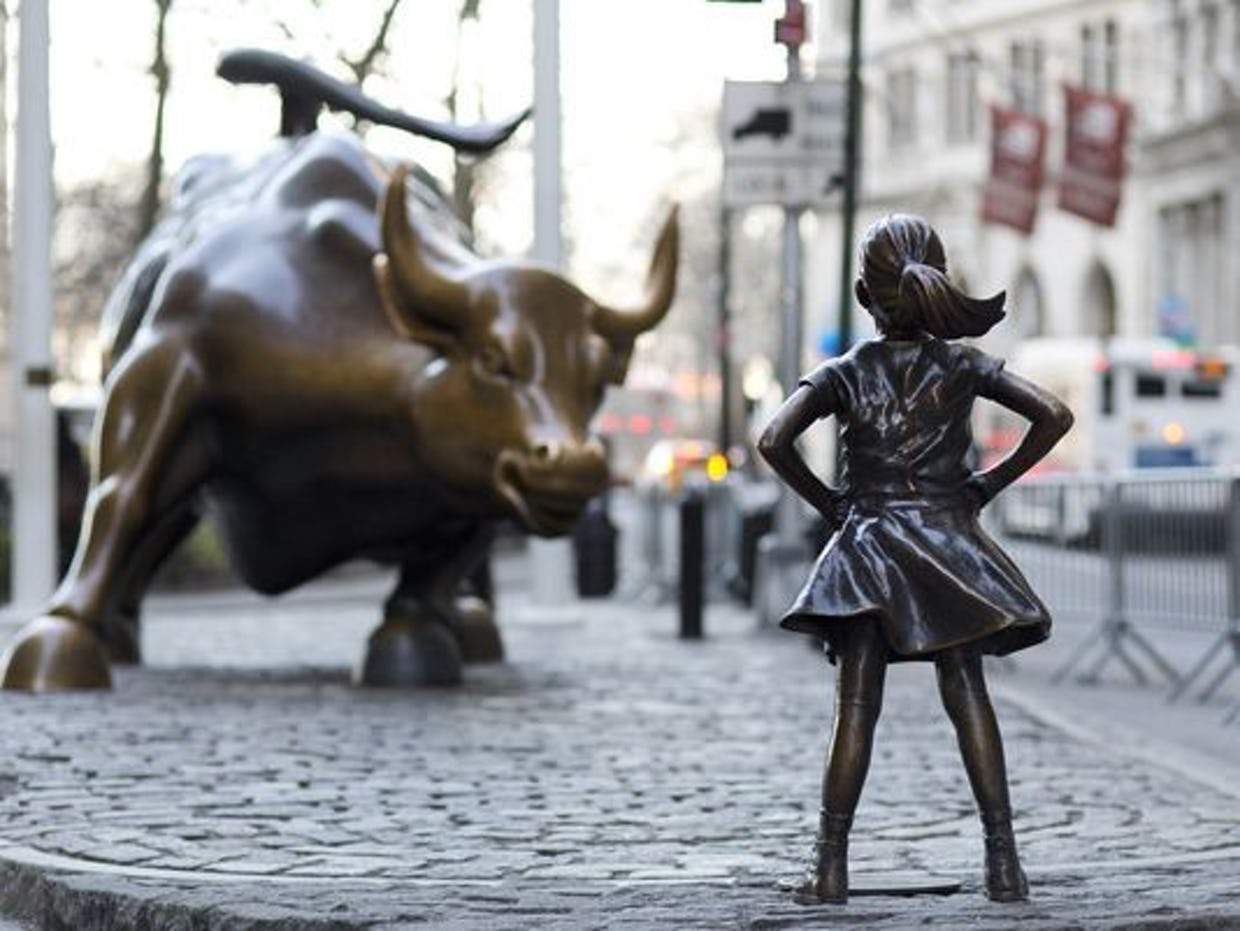 Fearless Girl – The Statue That Made Headlines3 min read

Walk through the Financial Thistrict in Manhattan, New York City and you are sure to come across a three-ton bronze bull with a belligerent look on its face. Installed unofficially by Arturo Di Modica in 1989, the bronze sculpture has become both a popular tourist destination and a “Wall Street” icon. However, on the eve of International Women’s Day in March 2017, the bull had company. Hands on hips and beaming with confidence, a 50-inch bronze girl stood tall, staring down the nostril-flaring bull at the heart of Wall Street.

“Fearless girl” was a unique marketing effort by State Street Global Advisers, the world’s third largest asset manager. State Street’s objective behind the “Fearless Girl” was simple – to force the public companies it invests in to add more women on their boards and promote its SHE fund which it uses to invest in companies with women in top managerial roles.

The unveiling of the fearless girl came at a crucial juncture in the middle of the most controversial presidential election America had seen. The Democrats were close to electing Hilary Clinton as their presidential nominee and millions of women around the country harbored hope of witnessing the first female president become Commander-In-Chief. With Hilary pushing forward with her agenda to create more jobs for women and establish equal pay in the workplace, social issues such as glass ceiling received more attention in the news and on social media than ever before. Therefore, the “fearless girl” was placed at an opportune time to get people talking about gender equality and women empowerment and bring State Street plenty of free coverage. The positioning in front of the bull was both symbolic and a hard smack down to all the public companies who did not allow more women to lead the lines. It is worth mentioning though that the true meaning behind the Wall Street Bull is somewhat thistorted through the introduction of the fearless girl. The bull was an artifact that embodied aggressive financial optimism and prosperity. The idea, however, may have been to shed light on the fact that prosperity came at the expense of a Wall Street that had very few women in charge…and it was time to take a stand.

The media exposure that State Street accumulated from the “fearless girl” was valued anywhere between $27 million to $38 million. It was a risk for the firm to put its name out there by using a sensitive and much thiscussed social issue at the time. Nonetheless, it was a risk that paid off with the firm’s SHE fund saw average daily trading volume increased by 384% in the days following the statue placement. Come December 2017, what has happened to the “fearless girl”? State Street has since been fined $5 million by the Government after it agreed to claims that it thiscriminated against hundreds of female executives by paying them less than their male counterparts. While the people behind “fearless girl” may seem deceptive now, the bronze statue still stands in full glory today as a proud symbol for women in a year that gave us Wonder Woman and courageous ladies around the world who were brave enough to say #Metoo.