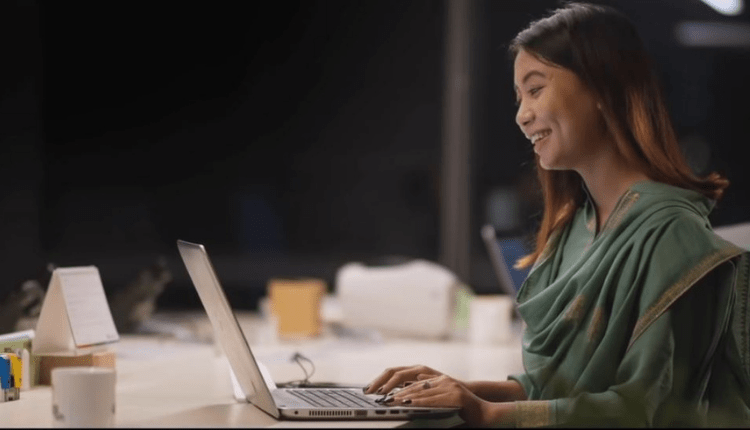 In this 21st century, one of the main things Bangladeshis are known for worldwide is their love for Bangla. Everyone remembers the sacrifices we made to secure our mother tongue as the national language. However, we often seem to forget that our identity learns in respecting language and its significance. It is still quite a common scene here to belittle those who speak a different language and mock them. Clemon came up with their 21st February campaign as a reminder for us to respect all languages equally.

Read More: Olympic Industries Limited Reminds Us About The True Essence Of 21 February-Markedium

The campaign starts with a few people working next to each other. A man is seen mocking a female from an ethnic minority for speaking in her native tongue. Without knowing what she was talking about, he was making snide remarks about her language. Later on, he finds the male co-worker next to him to know her language.

He tells him that she was praising the Language martyrs to her relatives. Shame fills his eyes as he realizes his fault. The campaign ends with an ethnic minority group paying homage to the language revolution in their native tongue. Their rendition of “আমার ভাইয়ের রক্তে রাঙ্গানো” is bound to send a chill down your spine.

Reminding Us of Our Roots

Clemon’s 21st February campaign bears the sole purpose of upholding the equal stature of all languages. It reminds us that Bangladeshi not only takes pride in their own language, they also know how to respect everyone’s mother tongue.

Read More: IF YOU UNDERSTAND THE LANGUAGE, EVERYONE IS YOUR FRIEND- GRAMEENPHONE

The more the campaign progress, the more the storyline builds awareness. The entire process of identifying wrongdoings and a sobering reminder at the end is beautifully executed here. It is truly a stellar AVC with an evergreen message!

What are your thoughts on Clemon’s latest campaign? For more information, stay tuned to Markedium!

Subscribe to our newsletter
Sign up here to get the latest news, updates and special offers delivered directly to your inbox.
You can unsubscribe at any time
5 1 vote
Article Rating
202121 FebruaryClemonInternational mother language day 2021
Share FacebookTwitterGoogle+ReddItWhatsAppPinterestEmailLinkedinTelegramViber