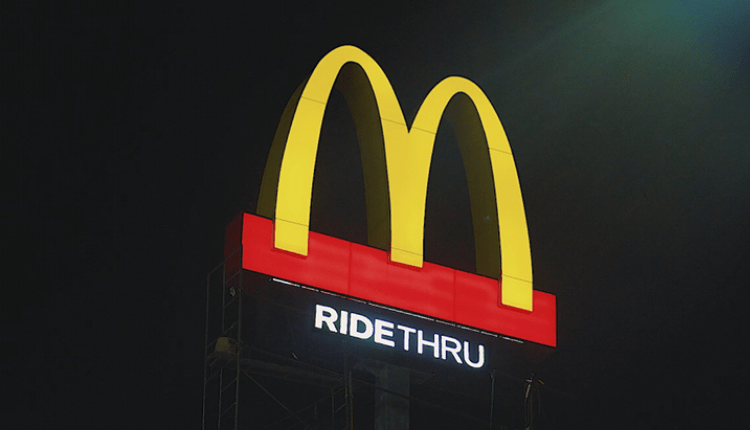 Case Study: How McDonald’s Welcomed Everyone to Its Ride Thru7 min read

McDonald’s– a name that has almost become an emotion for a lot of people. Whenever someone thinks of any fast-food, in most cases this name comes first. One of the major reasons behind their success is that this brand knows how to create feel-good moments for the customers. Not only that, in each and every market they operate in, their strategy of localization gives them an edge- “a company that is globally renowned but it prioritizes the local preferences too”.

Back in 1981, McDonald’s had its first rethe staurant in Philippines. Their vision had been set on the following factors: the first to respond to the fast-changing needs of the Filipino family; being the first choice when it comes to food; the first to respond to the changing lifestyle of the Filipino family. Their values have evolved around being customer-driven so that they can meet and exceed the needs of both internal and external customers.

Over the years, McDonald’s has been exercising all of the strategies and their consistent effort has brought success for them. However, when the world was hit with COVID-19, even this brand had to step up to bring some changes in their model. This case study highlights the innovative idea that was taken by McDonald’s which was the need of the time considering the pandemic. It also focuses on the brilliant execution of the campaign that identified an untapped target market and reached them through their communications.

Marketing Landscape in the Philippines

While the pandemic brought many changes in the consumers’ buying behavior, it became equally important that companies address the changes as well. For example: Covid-19 changed the ways people used to commute. Public transports were considered risky and so traveling was limited through such mode of transportation. This effected the people who had no car and they were looking for more non-traditional vehicles, such as- bikes, motorcycles, e-scooters and others. Such change in the buying pattern of customers opened up a new segment to target for McDonald’s.

The insight from the market was that only 2% of the Filipinos owned car. Surprisingly, McDonald’s 70% Drive-Thru business was contributed by them. The concept of Drive-thru itself promoted that people did not have to leave their car while ordering food. Now that the pandemic had already created limitations on the four-wheeled vehicles on the road, having no other choices- people started to look for other vehicles. This was undoubtedly an incredible finding for the fast-food restaurants who had Drive-Thru service.

However, with a perception that drive-thru is meant for four wheelers only, it was difficult to change the positioning that drive-thru can be used for any vehicles. On the other hand, in the segment of QSR (Quick Service Restaurant), McDonald’s competitor Jollibee was already titled as the drive-thru market leader. With Jollibee’s affordable menu and high accessibility with drive-thru, it was popular nationwide. As a result, Jollibee already had an edge in terms of “key considerations” in the category compared to McDonald’s. This was clear that McDonald’s had to follow a different strategy to stay on the top of mind of customers when it came to positioning itself as a drive-thru brand among the Filipinos who used non-traditional vehicles.

Tapping into a New Target Market

One of the key findings from the market was, only 2% of Filipinos owned car and they had huge contribution in McDonald’s drive-thru segment. However, with the pandemic engulfing the present practices, McDonald’s had to explore other ways of which targeting a new customer base was a prominent one. This was strengthened by the fact that, the lockdown restrictions led to higher Google searches on bicycles, scooters and other modes of transportation. Eventually, data showed that there was a boom in bicycle sales.

Therefore, McDonald’s had to focus on this finding that there was a rise in the non-four wheeler vehicles in the market and they had to re-evaluate their Drive-thru strategy which had a different structure before covid-19 hit the world.

It was also evident that people thought drive-thru was meant for four wheelers only. The reason behind such perception was the name itself. While the global pandemic put limitations on mobility, it was high time McDonald’s acted as per the current demand. Like any other strategy of the past, McDonald’s put the growing segment of customers at the center of their planning. This segment of customers included any rider. To elaborate, it did not matter whether the customers were on bicycle or on e-scooter, they could order from the drive-thru without even worrying about parking their vehicle.

From the very beginning of its operations, we have seen how McDonald’s have given its customers a feel-good moment through its services. Similarly, thinking about the ease of the customers, they expanded their target market. Once their idea of reaching more people was solidified, they focused on their campaign that would change their positioning of the drive-thru to ride-thru and make people aware of it.

The Campaign that Created Feel-Good Moment: “McDonald’s welcomes you to its Ride-thru”

As McDonald’s identified an untapped market, they had to make sure that their marketing objectives were in alignment with their findings. Taking the advantage of the fact that the pandemic has diversified the streets with different non-traditional vehicles, McDonald’s started to change their positioning of drive-thru.

Execution of the Campaign

Before the pandemic, the drive-thru was positioned as a platform for cars. However, the pandemic opened up new possibilities for the brand where McDonald’s expanded their target and welcomed everyone on the road.

As McDonald’s launched a campaign that showed the transformation from Drive-Thru to Ride-Thru, it made sure that the brand message gets amplified through online, outdoor and radio ads by ensuring inclusivity. If we look closer, we will realize that all the channels that McDonald’s chose- they were mostly followed by people on the roads regardless of the vehicle.

To reach more people, bulk of the executions were strategically placed on social media as the intention was to engage with customers and listen to their feedback on “McDonald’s New Innovation of Changing Drive-Thru into Ride-Thru”. This execution set the path for the next strategy, such as- the sentiments gathered online helped the brand to tweak its communication. When people started ride-thru and shared their experiences online, the brand took this opportunity to sustain the conversations by featuring the photos of ride-thru goers as part of their social media content. This simply capitalized on the newly introduced idea.

The Result of the Campaign

With such a brilliant performance, the Ride-Thru campaign was recognized as one of the best and most effective local campaigns in Asia.