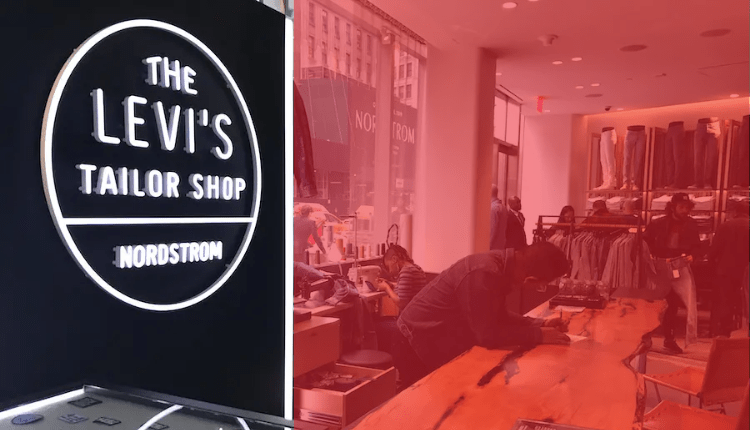 Every brand has made a special place in our heads and heart. For some, the positioning took decades, while some took maybe a few years to create its place in the consumers’ hearts. Sometimes this creates a halo effect in the consumers’ minds because the brand image becomes so strong that consumers do not seem to associate with the brand after a while.

In a world where the consumers’ preferences do not follow a specific guideline, how do brands stay relevant and still manage to keep up their reputation? You will be surprised to see how simple strategies help the brand grow without altering the “Brand Resonance Pyramid” yet adds newness to the brand image. Let’s see how Levi’s did that the exact in 2018.

The Trajectory of Levi’s In the Filipino Market

As the Philippines was considered an American commonwealth, the American culture was integrated with their lifestyle. The American culture was deeply rooted in their practices, whether theatre, restaurants, or clothing. Even though it is still prevalent in the country, the rise of Asian pride has somewhat given a new dimension to the preference and choices of the people. Brands that we’re able to associate with the Asian minds gained massive popularity in the local market. Uniqlo was such a brand that could provide what the consumers in the Filipino market hoped for. The brand mentioned above understood what the consumers wanted rather than building up some set rules.

On the other hand, Levi’s held all-American mythology, which seemed to fail to connect with the Filipino market’s consumers. Where Uniqlo was going for localization in some sense, this created even more significant barriers for Levi’s to stay relevant in the minds of the Filipino consumers.
Levi’s was also known as a brand of uncles which was perceived as “uncool” by the millennial. With such a brand image, it was tough for Levi’s to bounce back, stay true to itself and stay relevant to the consumers’ preferences.
But how does a denim brand create the buzz with its straightforward product? Even though denim is trendy, how does that change the brand image in the Filipino market? This is where Levi’s went to obtain insights from the market.

Delving deeper into the Filipino market

While Levi’s was sure of future-proofing its business with the high level of engagement from millennials, it had to understand its consumer even more. A brand with a strong brand salience of being all American came out of its image by going deeper into the culture. But this all- American feature was not the only hurdle the brand was facing. The brand was deeply associated with dads and uncles, which made it vintage, but in an uncool way. This was one of the reasons why the younger generation could not see the brand as their brand.

In the basics of marketing, we are all taught about the cultural impact on a market and how a strong brand can lose its significance if it does not cater to the cultural needs of that particular market. On a very positive note, Levi’s knew where it could tap to reap the benefit from the information. The brand utilized the cultural factor as its baseline for its modified strategy.

Levi’s could not have just depicted its denim as a helpful product in a country where family bonding is unique. They knew that they had to do more to connect well to gain a fair share of the market. So, they utilized this finding in the best possible way and set their objectives accordingly. It was clear that Levi’s had essential data. All they had to do was integrate the data with their objective.

Levi’s had their findings from the market, but the most significant external change that was taking its place was the transformation of other brands, where they started to build a more profound relationship with the customers. This was possible when the brands began to serve with a unique customizing feature. This was one of the most considerable insights because the evidence pointed out that millennials loved to have a platform where they could share their experiences with the world.

Leveraging on this insight, Levi’s strategically introduced “personalization” for the millennial market where they wanted their customers to have a new retail experience through “The Levi’s Tailor Shop” in Q4, 2018, which enabled the buyers to customize their denim in-store after they purchased at least PHP 4,000 (Philippine peso, roughly U.S. $75). It was clear that Levi’s was capitalizing on the findings of the Filipino market, and it had already started working on it by introducing the in-store experience.

But how should they make the most of it? Does an in-store experience solve the brand feelings that the millennial previously had towards Levi’s?

If we refer to Keller’s Brand Equity Model and compare the strategy implemented by Levi’s, we will find similarities with two of the significant elements, which are- Brand Response and Brand Resonance. To elaborate, customers will respond to the brand according to how it makes them feel. Warmth is one of the six positive “brand feelings,” and the findings from the Filipino market indicated that if Levi’s could tap into this, the millennial could efficiently respond to their proposition.

Not only that, the Filipinos held a strong belief in reliving decades-old family traditions and building new ones with the next generations. Putting it in the stage of brand resonance, the team knew that it had to add a sense of community while reaching the target by telling their own story and breaking through the clutter.

Levi’s was sure that it had to shift the customers’ mindset into thinking that the brand could also be a part of the millennial fashion. The brand was also confident that its launch would be during the 2018 Christmas season. With all these, Levi’s categorized their objectives as:

It was time for Levi’s to make history

Levi’s sorted out many things from a bird’s eye view, and all were on track. They were innovative enough to introduce an in-store experience through The Levi’s Tailor Shop and utilize their findings. This was the first time in Levi’s history where the brand unfolded a whole new “Filipino Way” and came out of their all- American image. The brand overlooked many of its pre-set rules and gave importance to what its potential consumers would value.

And this is how Levi’s Philippines launched “The Tailor Shop” with a digital film titled Levi’s ‘Studs.’

“Studs”- a digital film that promoted the Filipino spirit of Christmas

Instead of going for a complex sell approach, the team focused more on the spirit of Christmas in the Philippines, which was all about unconditional love and acceptance. All of these were reflected in the digital film, and these beautifully blended with the central concept of Levi’s, which was introducing the option of customizing in their store.

Stud as a digital film showed how a father customizes a denim jacket for his blind son. The customization was done with studs that had a heart-warming message embedded into them. After the son put the jacket on, he started to read the message by moving his fingertips right across the line of dots. The message given on the denim jacket was- “Anywhere You Go, I’ll Always Be There- Papa.” Right on the occasion of Christmas, this creative was everything that blended love, sincerity, and bond.

How did “Stud” impact the brand image and sales?

The team worked on the insights accurately that were obtained from the Filipino market. They utilized the finding which said that millennials preferred customization, and as a result, The Levi’s Tailor Shop was launched. They also realized that only creating awareness would not leave a long-term impact, and hence they took full advantage of the cultural finding on Christmas in the Philippines and integrated it with the digital film. This would be one of the exemplary efforts where the team explored every option. And so the success was visible through the results:

Brand Health Sentiment: From the beginning, Levi’s decided to positively affect the Filipino’s perception of the brand, which meant there should be a change in how the millennials perceive the brand. Previously, millennials did not strongly feel toward Levi’s, and they saw the brand as something their parents used. But the digital film “Stud” reached their heart with an emotional story, and there was a change in positive sentiment towards Levi’s, which was reportedly backed up by 84 point improvement.

Purchase intent: As a ripple effect, the positive brand health sentiment also impacted the purchase intent of the millennials. They were considering buying the brands right instead of thinking of it as a brand for uncles. And this was backed by the rise of 80 points in purchase intention during the Christmas season.

All in all, such tremendous results were a clear indication that as a brand, Levi’s was able to bring a change in the mindsets of millennials, and the brand objectives were met. 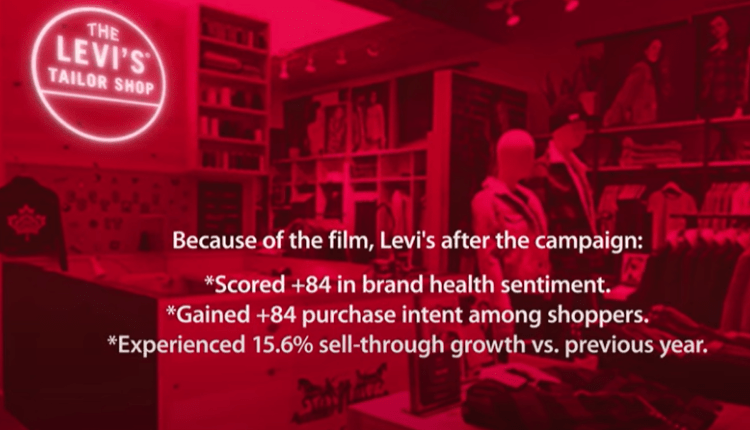 Revenue increase due to The Levi’s Tailor Shop: The digital film ‘Studs’ generated 11m views, 2.6k Comments, and 28k shares on social media, where the presence of millennials was very prominent. Such exposure led The Tailor Shop to experience an average growth of 72% in revenue in 2018 vs. their 2017 sales figures.

Levi’s, as a 147 years old brand, had already established its brand image. But with time, it becomes essential that such big brands stay relevant. Culture, Customer, and Curating- this combination sometimes brings wonders in a brand’s journey. Levi’s as a brand needed not to lose its authenticity, personality, and inclusivity by going after creating relevance in the market. And surprisingly, their way of intermixing different findings was the initial boost in executing their idea.

Towercos Will Drive Economic Growth Across Emerging Markets, A Study By Edotco And Roland Berger Finds