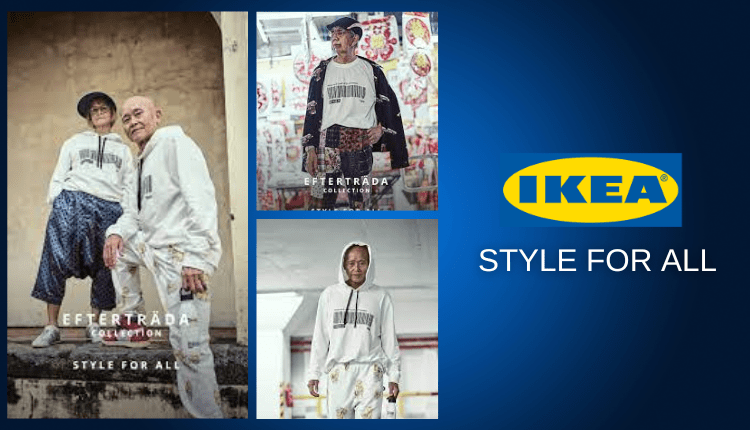 With the vision “to create a better everyday life for the many people,” IKEA has become e famous brand in home furnishing. Through its business model, IKEA has portrayed different values, which have built a separate brand image in people’s minds. Over the years, IKEA has represented the values of togetherness, caring for people and the planet, cost-consciousness, simplicity, renewal, and improvement, different with meaning, giving and taking responsibility, and leading by example through their product offerings.

We have also witnessed how IKEA integrated all these values into its campaigns. As much as we loved the creativity, such disruptive strategies brought freshness to how people view certain things. IKEA Style for All is one of the cases where we can see how brilliantly IKEA tapped into a new odyssey by simply transforming the ideas into action.

It takes decades for brands to build their brand image and be at the top of the mind of people. IKEA as a brand has placed itself as a provider of innovative, contemporary home solutions which is affordable and made for everyone. Keeping the idea that “simple changes can bring prominent impact” at the core of their execution, IKEA has always been a synonym for innovation.

Following the essence of innovation, IKEA launched a campaign in Singapore to drive sales, create buzz, maximize PR Coverage, and propel brand love. This campaign was all about the EFTERTRADA collection. When translated into English, the Swedish word EFTERTRADA means “successor.” This label was first launched in Japan’s Harajuku in mid-2020 and received tremendous positive feedback from the fans. The main designs were inspired by the IKEA logo and adding IKEA’s popular BILLY bookcase barcode.

IKEA as a home furnishing business leader, had already made its mark. But in the fashion industry, it was not a famous name. At the same time, this is what the big brand teaches us- that there are always new ways to explore and bring the best to the people. In IKEA’s case, this was about reaching “more of the many people,” in IKEA’s case. While the core business model of IKEA depicted that affordable home solutions should be for everyone, the  EFTERTRADA was another brilliant idea that echoed their model.

THE GAP IN THE MARKET

In the landscape of Singapore, IKEA is one of the top 10 most-loved global brands that cater to the “go-to” everyday home needs of the people. On the other hand, fashionistas were already creating unofficial merchandise, which was seen in upcycling the iconic FRAKTA blue bag into coin pouches. It was clearly seen that there was a rising market of inventories that were addressing the correct demand with the right offering that could bring potential customers.

Here’s what the EFTERTRADA collection looks like. Have a watch!

Secondly, the pandemic negatively affected the customer’s purchase decisions in the fashion industry. Even though IKEA was famous as a home furnishing solution provider, with the collection of EFTERTRADA, it opened up its own capsule apparel collection to operate in. But the external factors had even more significant impacts than was perceived from the outside. Only introducing a new group to street fashion was not enough for IKEA. They had to look for new ways that would be disruptive, but they will still stay true to their values.

So, the gap in the market was distinctly addressed with this question:

How could a reputable furniture brand break into the cluttered fashion industry as a newcomer and encourage people to spend on our collection amidst uncertain times?

REACHING “MORE OF THE MANY PEOPLE”

From the very beginning, we have seen IKEA promoting one of their beautiful ideologies, stating-

“A well-designed home should not be reserved for the select few but many people.” With EFTERTRADA’s label in the market, IKEA had already got its findings which showed that the fashion industry involves young people. So another untapped opportunity offers that fashion and style should be for everyone.

Staying true to its values, IKEA introduced EFTERTRADA, all about street style. IKEA’s brilliant move is to start the street fashion line-up if we look closely. This example shows the similarities with the Diversification strategy of the Ansoff Matrix, where the growth strategy indicates entering a new market with new products. In the case of IKEA, their new product was the EFTERTRADA collection which fell in the street fashion category. And IKEA’s campaign strategy, along with their agency, TBWA\Singapore’s execution, focused that street fashion should be for all. Here is how they executed it brilliantly.

WITH A CLEAR IDEA OF WHAT TO DO NEXT, IKEA SPECIFIED THE FOLLOWING OBJECTIVES

How did IKEA break through the clutter with EFTERTRADA’s Label?

While IKEA stepped into the fashion industry by introducing street fashion through EFTERTRADA, as a long-term goal, it had to ensure that it drives brand love and sales growth. Because at the end of the day, brand love is measured by attracting and retaining people. The team was sure that the EFTERTRADA collection should do something to increase foot traffic to IKEA stores and improve average basket size, aiming to increase the brand value for EFTERTRADA.

One thing was sure in the cluttered market, going with the trend would not have helped IKEA to stand out. And this is where they capitalized on their findings. It was seen that influencers in the fashion industry were perceived as young and stylish. That would attract a particular group while making others feel they do not belong to that reference group.

This is where IKEA made a breakthrough in making people believe that style is for all! And for this, street fashion was the missing piece in the puzzle that would deliver the same message to all.

Hence IKEA street cast citizens for over 70 years and made their style in the brand merchandize. This idea was disruptive and definitely a bold one.

The most significant finding for IKEA from the Singapore market was that young and trendy influencers frequently cross-promote brands. The state causes confusion in the marketing behavior online, mainly on Instagram. Thus data showed that 4 out of 10 Singaporeans face “influence fatigue” and no longer trust the content received from the influencers. This also affected their purchase decision. 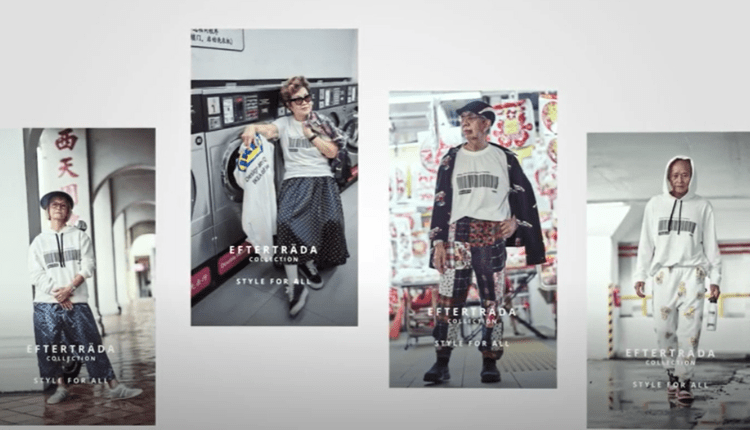 However, staying true to its name “EFTERTRADA,” IKEA wanted to target the “many people” regardless of age, gender, size, or race; so that in the future, the name holds the significance of being the “Successor” in the fashion industry.

To represent such a notion, IKEA decided to launch its campaign through Instagram and cast the most unconventional influencers- grandmas and grandpas. This move brilliantly portrayed that style and fashion do not have a specific age. It should be available for everyone to enjoy and express themselves in any way.

Often times we see that brands drift away from their core belief. But IKEA’s strategy was exemplary. From their inception in providing home furnishing solutions, they promoted a well-designed home to be accessible to all. Even in their new line-up, they stuck to it and geared their idea accordingly.

THE EXECUTION OF A “TOTALLY GENIUS CAMPAIGN”

With an unexpected twist, IKEA created a street-style lookbook that featured the most remarkable citizens over 70. Using some of the pieces from the EFTERTRADA collection, this distinctive group was styled in IKEA’s branded merchandise. This was a whole new transformation for them! From grandma and grandpa, the touch of IKEA turned them into hyper beast glam-mas and glam-pas!

This campaign was executed on Instagram, where IKEA reportedly had a follower base of 91,000. In Singapore, such a follower base would be categorized as a mid-tier influencer. Hence, IKEA took full advantage of it and rolled out the campaign on Social media- Facebook and Instagram. The rest of the buzz is created through word of mouth.

The campaign got so much attention for its impeccable execution, the fashion’s holy grail; Vogue Magazine titled it a “totally genius campaign.”

AND SUCH INNOVATION RESULTS IN A SUCCESSFUL SALES

With spot-on targeting, kids, grandparents, and regular people rushed to the store to get their EFTERTRADA piece! It was a label that made them feel they could own their style and stay authentic. With such fun and innovative communication on Instagram, IKEA and TBWA\ Singapore team did a fabulous job introducing street fashion to the most excellent old citizens. Reportedly, such a disruptive idea resulted in:

Where physical experience had its charm on people, the digital gave significant evidence of the campaign’s success. Reportedly, within 2 weeks-

Reportedly, with a marketing budget of just SGD 47,000 in hand ($7k production), IKEA and TBWA\ Singapore broke a common perception that disruptive strategies must be expensive! This campaign was a true example that showed how a brand staying true to its core understood the gap in the market and strategized accordingly. Keeping the customers at the center, this campaign connected all and empowered them by saying – STYLE IS FOR ALL!

For more exciting case studies, keep an eye on Markedium.

HERE’S WHY ALJAZEERA MEDIA NETWORK SHIFTED ITS FOCUS TO…

The Proposed Budget Likely To Encourage The Refrigerator Assembling Industry, Raising Concerns About The Full-Fledged Manufacturing