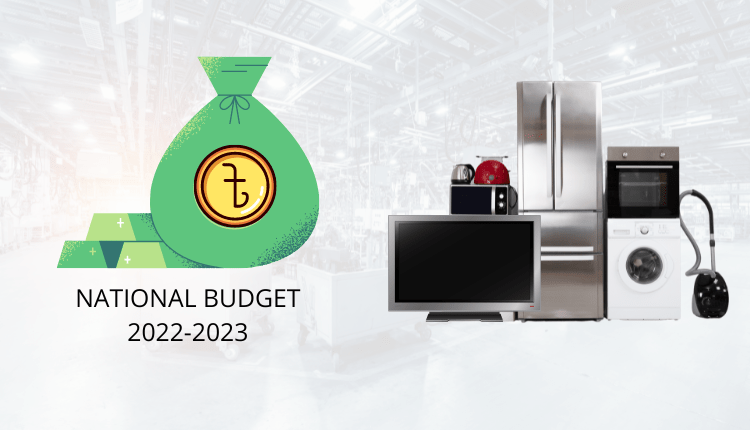 The proposed national budget for the fiscal year 2022-2023 has been announced recently and it has been nothing but an encouragement for the refrigerator assembling industry. The announcement has proposed a significant cut down on tariffs on the import of spare parts for the local refrigerator and freezer production industry.

The proposed budget has also strongly communicated the government’s commitment to ensure a low dependency on imports for the products that can be locally manufactured to meet the consumer demand.

In his budget speech and post-budget press conference, the finance minister, Mr. AHM Mustafa Kamal said, ‘We are discouraging imports of products that are locally manufactured. If the products that are produced in the country are used by us, the local production should be further increased. We do not want to see these products imported from abroad. By doing this, we will take the concept of ‘Made in Bangladesh’ forward.’

Industry insiders believed that the cut in import duties will give a further boost to the local fridge assembling industry which will hinder the government’s plans to cut overall imports of the country. Apart from that, investments in the local full-fledged refrigerator and freezer manufacturing industry will be at stake, said a press release.

The Internal Resource Division of the Finance Ministry issued an SRO, just after the budget proposal. In the SRO, the tariff on the import of spare parts is fixed in two categories of local refrigerator and freezer manufacturing industry.

Category 1: A company will be considered as the Category-1 refrigerator manufacturer industry if it produces main parts and one or more important parts of the refrigerator.

Category 2: The company that produces only the Body Cabinet and assembles 2 or more other Parts (Local / imported) will be considered as the Second Category Refrigerator Manufacturing Industry.

Now, with this integration, there will not be a much difference between the Full-fledged Manufacturing industry and the Assembly industry resulting in some critical concerns-

Hereby, although it will encourage more entrepreneurs into investing in the refrigerator industry, it will contradict the “Made in Bangladesh” motto and the government’s commitment to reduce pressure from imports.

According to recent data, Bangladesh is keeping the pace to become 100% self-sufficient in the refrigerator sector and the trend is slowly but surely catching up to the journey for the rest of the consumer electronics product lines. For this massive development, the majority of the credit goes to the government’s friendly and efficient policy implementations to encourage the business to invest in the sector.

As a result, there are numerous local companies in Bangladesh that are producing complete finished goods (e.g. refrigerators) resulting in reduced prices for the consumers.  Not only the industry is reducing the pressure on imports, but it also earns significant foreign currencies through export along with being one of the major flagbearers of Made In Bangladesh motto. According to Export Promotion Bureau, the export of electronic goods stood at 67.48M in 2020-2021. Since the refrigerator and electronics industry is moving towards self-sufficiency and proving the result with numbers, it’s counterproductive to encourage the assembling industry for the same sector.

As reported by TBS, Dhaka University’s Professor of the Economics Department Md. Iftekhar Hossain said that policy and duty support should not be given to the assemblers in the sectors in which the full-fledged manufacturing industry has been developed and they have the ability to meet the local market demands.

As reported by The Daily Sun, Economist Abu Ahmed said the government has always given importance to boosting the domestic industries. It is also good for the country’s economy. However, the decision has to be made to give benefits according to the production volume. If the finished product producers are contributing more than the amount of production in the assembling industry, then the producer benefits should be increased.

It’s the government’s helpful assessment and efficient policy makings that have empowered the local electronics industry to not only just meet the local demands but also enabled the industry to help the country by earning revenue through export. The full-fledged manufacturing industry requires a bit more help from the government to push for the highest pick which is self-sufficiency with growth in export.

Hence, in this time of growth, where the local electronics industry is keeping up a good pace to achieve self-sufficiency, it will be a sheer counterproductive measure to encourage the assembling industry in the same sector which will demoralize the intentions and investments for the full-fledged manufacturing industry.

MFS Industry Of Bangladesh: Bringing Easy Access To Finance To Many