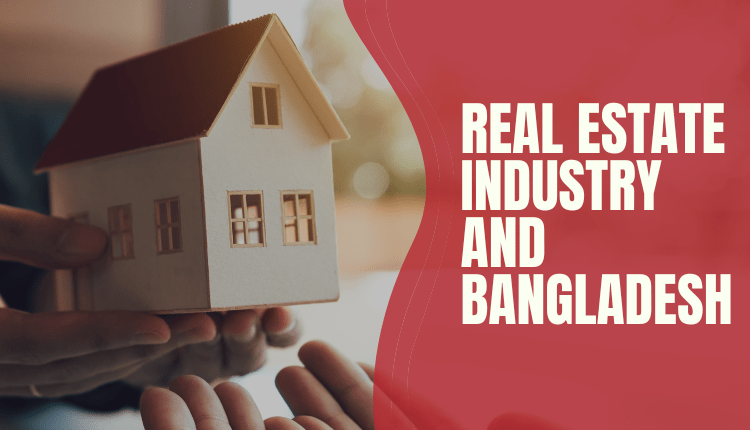 The real estate sector of Bangladesh is one of the most critical sectors that contributes to the growing GDP of the country. According to an article in The Daily Star, the real estate sector, directly and indirectly, employs about 35 lakh people and 260 sectors are dependent on it as backward linkage sectors. Industries like MS Bar, Cement, Brick, Sand, Ceramic Tile, Paint, and fixture and fittings are highly reliant on this sector. It is one of the largest employment generating sectors after agriculture and readymade garments. The real estate sector significantly contributes to the government’s revenue by adding Tk 5.0 billion in revenue through VAT and registration fees.

Read more: MFS Industry Of Bangladesh: Bringing Easy Access To Finance To Many 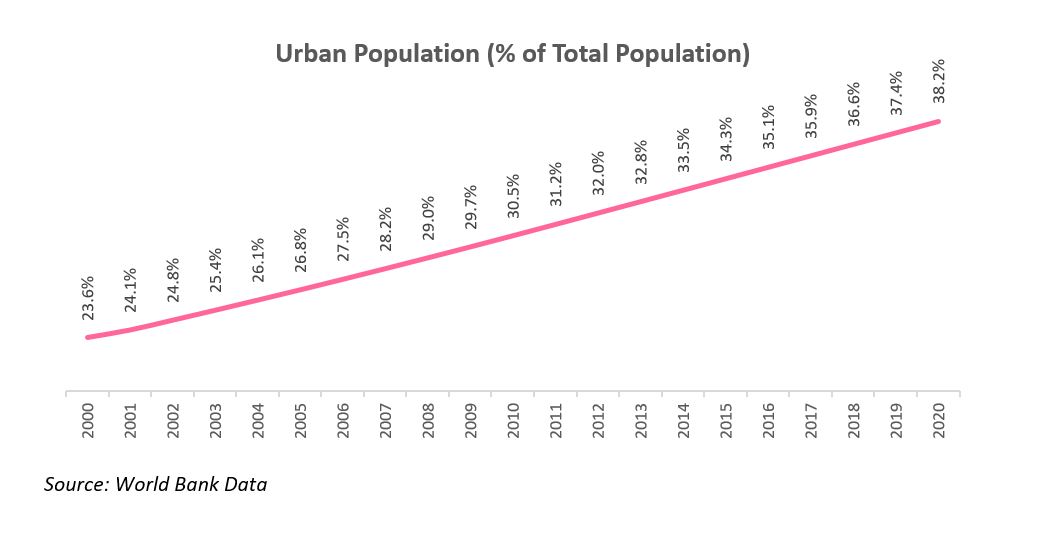 Strong Rebound During The Pandemic

Typically, the real estate sector is highly correlated with the economy, but during the pandemic, it behaved differently from its norm. During the initial period of the pandemic, the real estate sector was at a standstill as there was no demand for investing in apartments and lands from May to June 2020. But the industry started to rebound in July 2020. According to an article by Business Post, sales began to surge during the end of August 2020. Unsold apartments started to sell quickly as the demand for old small and medium flats was widely noticeable.

One of the drivers for the rebound of the real estate sector during the pandemic was the low-interest rate in the market. In 2020, the central bank decided to cap banks’ lending rates to 9% except for credit cards. The low-interest rate made buying apartments more attractive compared renting. The government also took the initiative to reduce the home loan interest to only 5% for the government employees. According to an article in The Financial Express, the low interest provided to the government employees was a key driver for the surge in demand for home loans. Except that typically home loan is one of the safest retail loan products for Banks and NBFIs as the loans are backed by collateral. Hence the financial institutions began focusing on the real estate sector for revenue growth. IPDC is one such company that has focused on home loans, and its portfolio has been proliferating over the years. 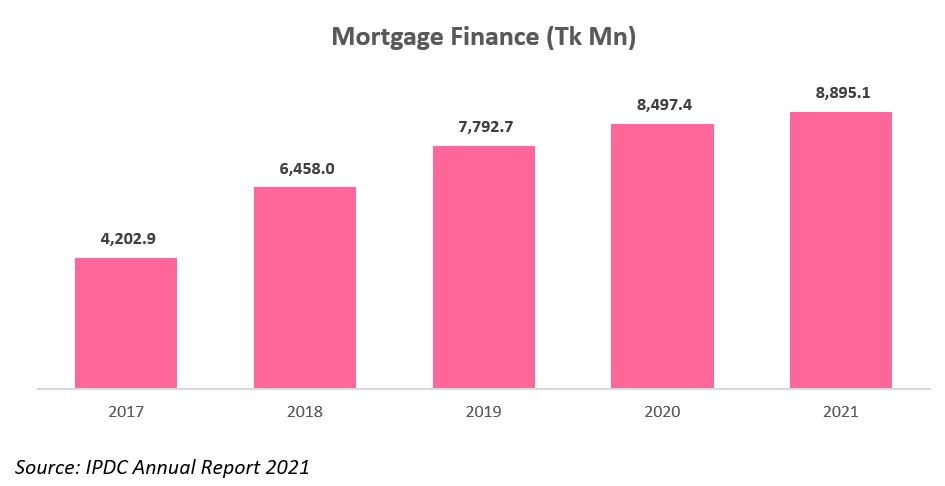 According to the annual report of IPDC, the mortgage finance portfolio has more than doubled over the last five years. The portfolio was Tk 4,202.9 Mn in 2017, now Tk 8,895.1 Mn in 2021. The portfolio has been consistently growing each year from 2018-to 2021. The home loans are typically for up to 25 years that are supported by income. IPDC offers home loans equivalent to 85% of the property value. The availability of loan term tenure is one of the factors that has allowed the growth of mortgage financing not only for IPDC but also for other financial institutions.

Another reason for the rebound of the real estate sector is the reduction of the registration fees, land transfer tax, stamp duty, mutation costs, and digitization of land-related paperwork. The government’s policy to allow black money to be converted into white cash by investing in the sector also contributed mainly to the industry.

However, the recent growth might be stagnant as, according to an article in The Business Standard, the price of steel rods, cement, and tiles became costlier due to the Russia – Ukraine war. As a result, the price of apartments has risen as much as 30% to make up for the construction cost. Hence the sector is uncertain due to the rise in construction materials prices.

The consumer demand is shifting as more people prefer to buy apartments and land on the outskirts of Dhaka. Demand in Diabari, Purbachal, Uttarakhand & Bashundhara Residential areas has risen faster than in other areas. Even demands are increasing in district towns. According to an article in The Business Standard, the sector, mainly concentrated in Dhaka and Chattogram, has seen a shift in demand in district towns. Hence the possibilities of the industry are endless as there is enormous potential in district towns.

MFS Industry Of Bangladesh: Bringing Easy Access To Finance To Many