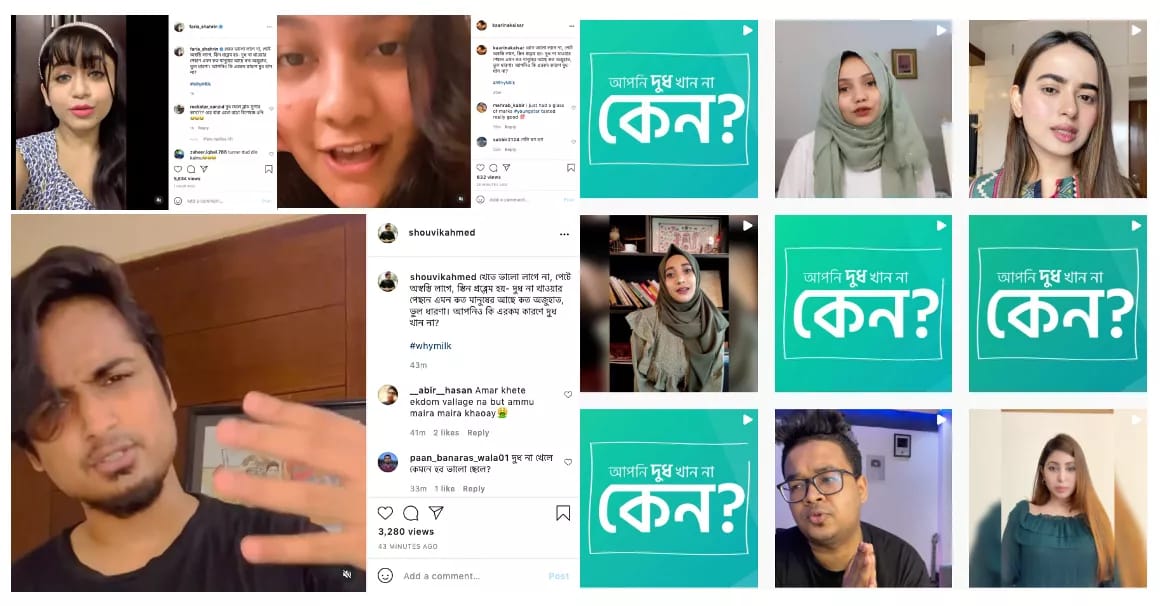 Have you ever pondered about why people tend to totally ignore drinking milk once they cross a certain age? Well, numerous famous social media influencers of the country seem to be on a mission to find out and shared their own reasons.

We bet, just like us you have also noticed that last night some of the social media celebrity faces of the country (Shabnam Faria, Ridy Sheikh, Irfan Sajjad, Keto Bhai, Tawhid Afridi, Soumik, Souvik, etc.) released a short video on their respective Facebook and Instagram accounts on why they don’t drink milk!

Yah! We were too but then we got to think about why suddenly the most followed faces of the country took on to the social platforms and talk about something like “The reasons behind not drinking Milk”! Not only us, but the question is popping around in multiple brand communities as well.

If you take a deep dive, then you will see the target audience covered by the influencers is also pretty vast. So, you can’t even decide on a niche. But one thing for sure, it’s happening for a reason.

What’s that? Only time can tell.

However, what do you think? Is it a social awareness campaign? Or just another collaboration of the influencers with brands? What’s your thought on the buzz created all over the town?

Let us know your wild guesses!

Prev Next
Subscribe to our newsletter
Sign up here to get the latest news, updates and special offers delivered directly to your inbox.
You can unsubscribe at any time
0 0 votes
Article Rating
#whyMilk2021BangladeshInfluencer MarketingJune
Share FacebookTwitterGoogle+ReddItWhatsAppPinterestEmailLinkedinTelegramViber

8 Facts About Xiaomi That Will Surprise You

Starbucks: Just A Coffee Shop or A Global Bank?

Towercos Will Drive Economic Growth Across Emerging Markets, A Study By Edotco And…