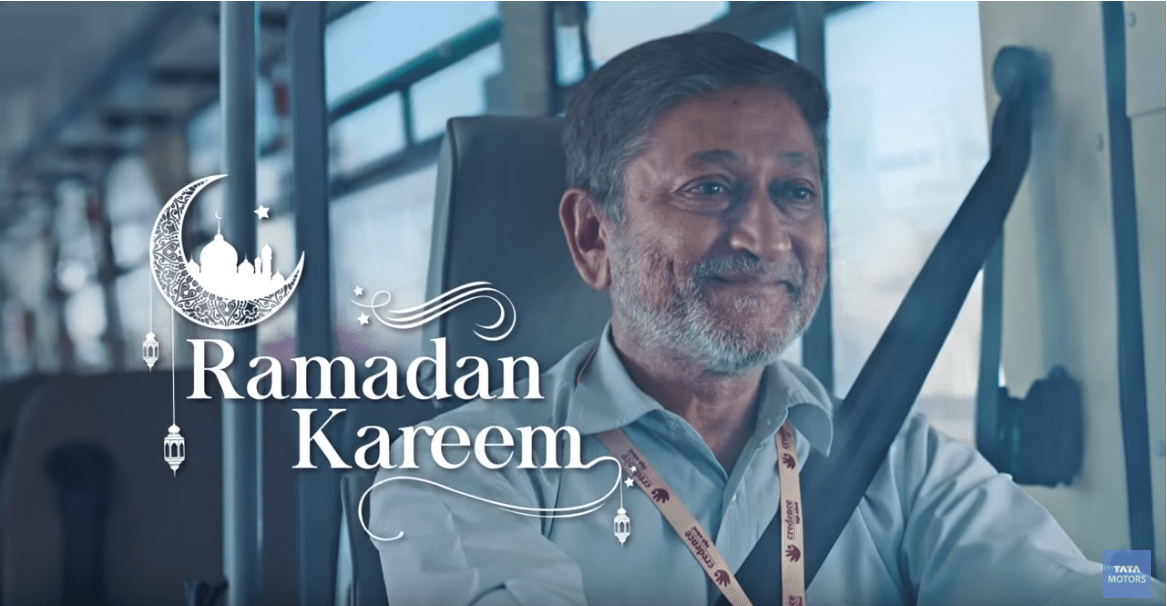 [dropcap]T[/dropcap]he 3:20 minute video  #CelebratingGoodness with Tata Motors, the new Ramadan campaign portrays the true spirit of celebrating Ramadan. Throughout the whole video, there was one clear message: The essence of celebration across all gender, race, and class. The advert took place in Dubai, a city where 83% expats-seems like a perfect place to celebrate the togetherness of this years’ Ramadan.

The video starts off with a bunch of six-year old children in different scenario segments. In different cut scenes, they are seen to save up money for reasons initially unknown. These kids, with the help of their respective parents are seen to each have a savings jar with beautiful designs made by themselves. The kids put in a note or two every other day, during the month of Ramadan Kareem. Eventually, it is seen that all the kids share the same school bus, where they dedicate the money they have saved to their driver, Rahim Uncle.

Read More: Burger King Will Make You Love The Traffic With The New “Traffic Jam Whopper”

The video ends with a heartwarming message of goodness and celebration, as the kids gather around the driver, hugging him. The video campaign upholds the words ‘celebration’, and ‘gratitude’; a message Tata Motors wanted to deliver to its global audience.

You May Also Like: Burger King Will Make You Love The Traffic With The New “Traffic Jam Whopper”

The video campaign created a huge social media buzz in the middle east market, especially the United Arab Emirates. Tata Motors structured their campaign encompassing customers from all age, race, and religion. Hidden in the background of the video is a kind gesture. Tata Motors aimed to establish a remarkable message in the Middle East market; Age, Religion, Sex does not matter to create a mark in the hearts of people around you, making them feel special.

Tata wrote in a tweet: “This #Ramadan, we created a special video for our Middle East Market encompassing the idea that no matter what your age, race, religion or background is, a kind gesture is what truly makes all the difference”

A Responsible, Stronger Community for a Better World |…

Joy of togetherness in the Survival Journey | Jollibee

Adidas Spreads Optimism Across The World With Stories Of Global Icons