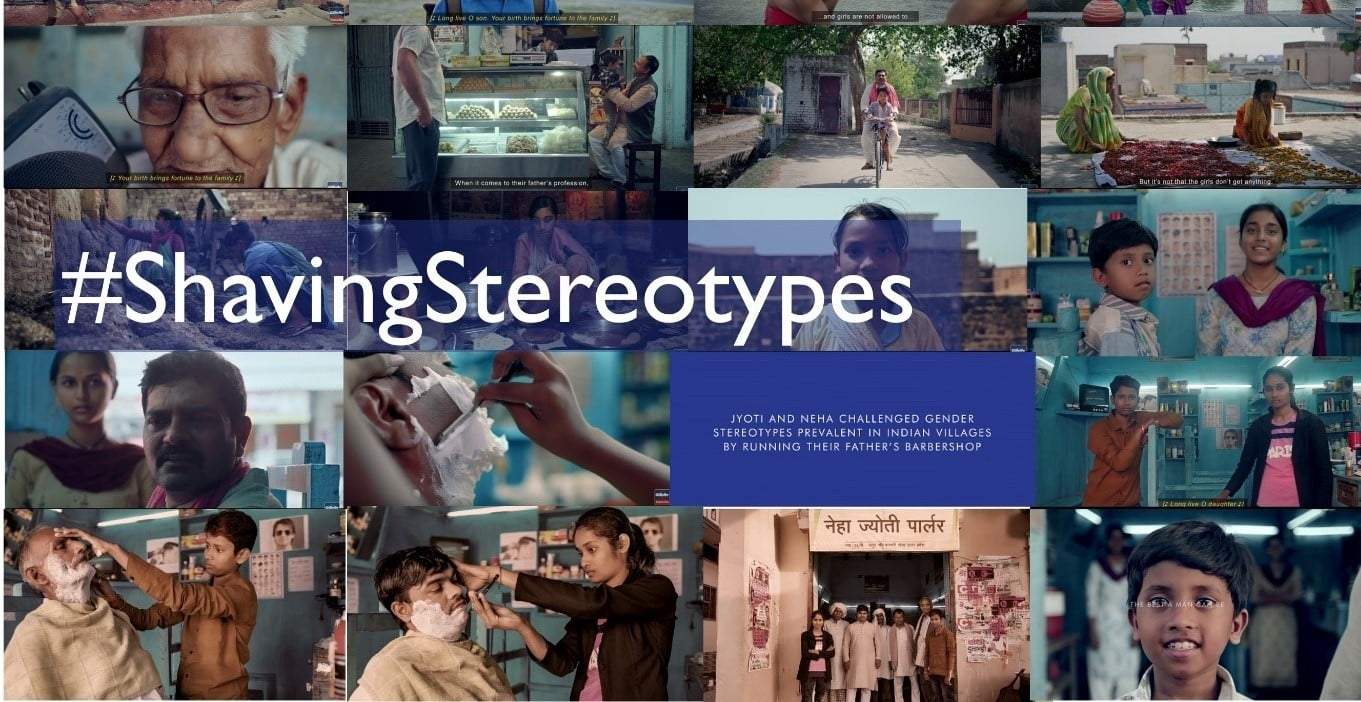 [dropcap]C[/dropcap]onceptualized by Grey India, Gillette’s new campaign titled #ShavingStereotypes has created some buzz around the industry. The latest campaign from the men’s care giant encrypted a true story of two girls running the heritage of their father’s barbershop from the village of Banwari Tola.

The campaign begins with a little boy demonstrating the casual stereotypical activities of the villagers. While the men can wrestle in a battle, women can carry water in pitchers. According to the villagers, the male members of a family inherit and take forward the profession of their ancestors. The female members only get to do household works. One day, this little guy goes to a salon with his father and shakes up seeing two female barbers. He asks his father about such uncertainty in this male assigned profession. The father assures him that shaving tools do not discriminate between gender.

Being a personal care brand, Gillette delineated a wonderful campaign. This advert serves as both, an insightful real life story and deals with the purpose of the brand precisely. This campaign received utmost admiration from people all over the world. Renowned cricketer, Sachin Tendulkar called on to Jyoti and Neha’s barbershop. According to his Instagram post, this legendary cricketer has never gotten a shave from anyone else before.

Except from breaking stereotypical mentality, another beautiful thing about this story is the outlook and appreciation from the villagers. Jyoti and Neha embody all the disguised female faces who hide away behind household work and afraid to break social norms.

Now, due to the social stigmas, Gillette might face some serious backlash for its new campaign from some of its audience. But let’s face it Gillette is used to that. Change comes with a price. But it’s okay, after all that’s the best a man can get!

Hulu Takes Over AT&T For $1.4 Billion

A Responsible, Stronger Community for a Better World | Anheuser-Busch InBev