[dropcap]I[/dropcap]magine if you live in a city where you spend roughly 4-5 hours on the road, due to excessive traffic. The chances of you getting time to go out and grab some good food looks slim, right? But, does that mean you won’t get to enjoy a good meal? Well, Burger King’s ‘Traffic Jam Whopper” delivery system doesn’t seem to think so.

The global fast-food behemoth has launched a new delivery system, “Traffic Jam Whoppers”, connecting restaurants with the hungry customers.  Now  you can have your  favorite whopper  in quick time, on-the-go.

The pilot project recently ran in the city of Mexico, which is known to have the worst traffic in the world, according to the latest TomTom Global Traffic Index. 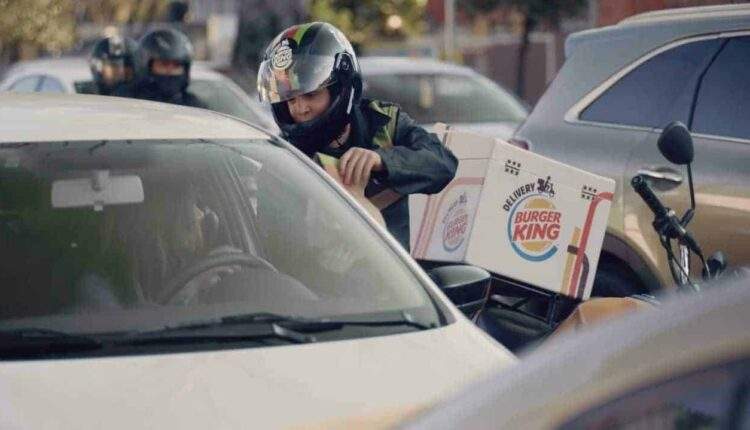 Using the real time data of traffic and the drivers’ speeds, Burger King sent push notifications in each of the customer’s smart phones, informing them how long they would have to wait till their delivery in the supposedly ‘horrendous’ traffic. With Waze Banner Ads and Digital Billboards they informed drivers when they have arrived in the delivery zone. As long as the hungry customers were stuck for more than 30 minutes and were inside the 1.8-mile radius from a Burger King outlet, the customers would be able to order their meals on-the-go.

The one-month pilot project by Burger King instantly boosted the delivery requests by 63%, which is a boost of 7,000 orders per day. On the other hand, the Burger King delivery app downloads skyrocketed to a staggering 44 times.

Read More: Uber Saudi Arabia: For The Women, By The Women

Burger King did not leave any stone unturned in this one; with the integration of all the savvy technologies such as Geotargeting, dynamic media placements, and location tracking. These features undoubtedly change the landscape for the fast-food brands as Burger King is set to have the first mover’s advantage in the Commuter Commerce arena which is worth a staggering $230 billion dollar industry.

The company is yet to declare a definite timeline for the pilot. Starting in Mexico, the flying whopper’s next stoppages are Shanghai, Sau Paulo, and Los Angeles.

The fast-food delivery business just got a whole lot faster, folks. So, next time you are stuck, don’t worry! The flying traffic jam whopper will be there to rescue!