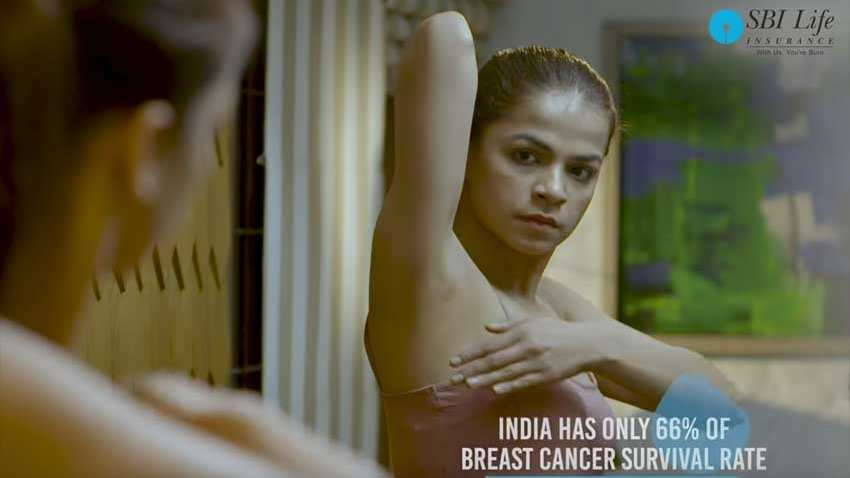 The new breast cancer awareness from the giant insurance company is having its say!

[dropcap]T[/dropcap]he only way to refresh the conversation about women and breast cancer is to just talk about them. Breast cancer ranks number one in the list of diseases among women in India. SBI Life Insurance has taken up the step to finally encourage conversation by starting their campaign called “Thanks a Dot”.

It is an awareness campaign for breast cancer which is being supported by Women’s Cancer Initiative – Tata Memorial Hospital. It is an easy-to-use self-training module for detecting the early signs of lump formation and can be ordered for free from the website. However, in order to have maximum reach, SBI will be working with their digital and social media agency, Dentsu Aegis Network.


Recently, SBI also launched a video for Women’s Day where a cancer survivor talks about her journey through surgery and chemotherapy. She explains how important it is to have financial backup before diving into any sort of treatment. As it can be very expensive and for a long term. The dialogue insists for everyone to have life insurance beforehand. This is when the video is advertising the need for having an insurance at SBI.

So, What’s in for SBI here?

The video was also a good start for SBI before they launched their awareness campaign about breast cancer. This builds an anticipation and goodwill towards the brand. One thing to note is that, there was no talk about “Thanks a Dot”. It was a good move to not make things obvious and rather showing actual emotions and feeling of responsibility from SBI.

Even if we do keep aside the good marketing plan from Dentsu Aegis Network, undoubtedly, the initiative itself is going to bring a lot of new customers as well as raise awareness. The win-win situation would definitely be a trophy move for SBI which is already the largest private insurance company in India.

The Plan B- If Huawei Gets Banned From Using US Products!