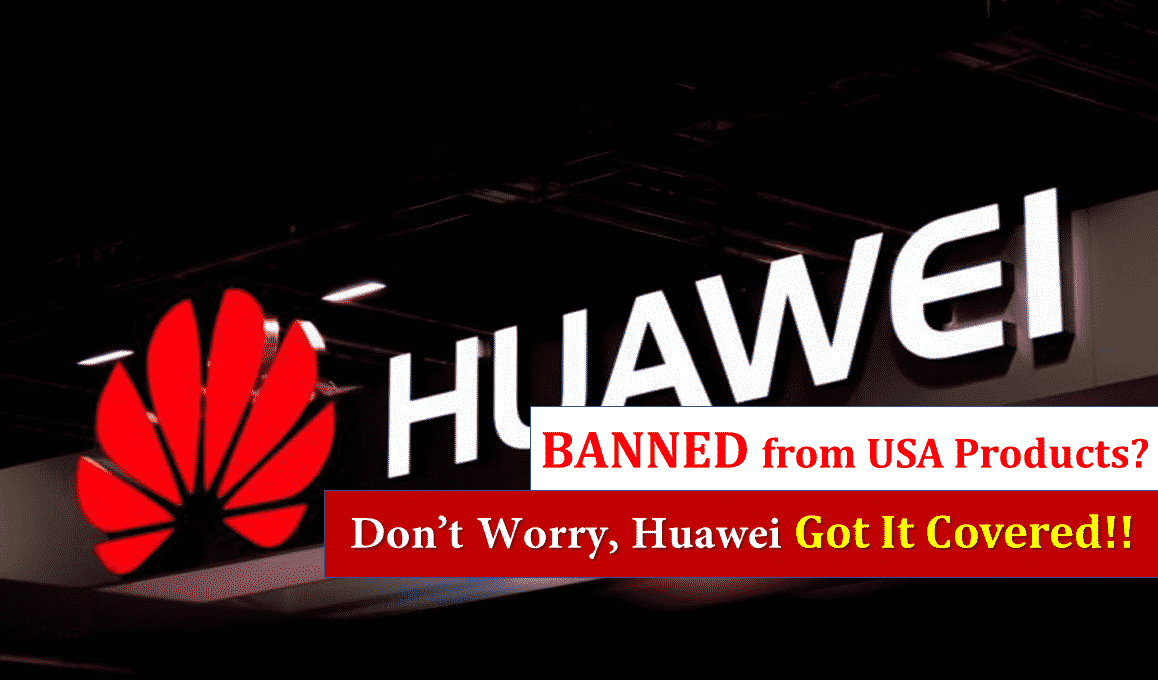 The Plan B- If Huawei Gets Banned From Using US Products!2 min read

The brawl between the Government of USA and Huawei might take an intensifying turn.

[dropcap]T[/dropcap]he Chinese tech giant ‘Huawei’ is on the headlines for a long time now! Many would argue that the ongoing economic brawl between USA and China has resulted in such business dilemma for the Chinese electronics manufacturer.

After recent statement from the Trump administration for its allies to stay away from Huawei made things even worst. The situation got exaggerated after the recent lawsuit filed by the tech manufacturer  against the government of USA .

Well, it’s been a tough ride for Huawei as we can see.  But it’s quite fascinating to see that the Chinese tech giant is having full support from its local consumers, who are reportedly boycotting US products like Apple and buying their products instead.

“Will Huawei be banned from any involvement with all the USA based products?”

We don’t know yet. Only time can tell.

But seems like, The tech giant is all prepared for the future. It’s reported that Huawei has developed its own operating system in-case of getting banned from using android by Google or windows from Microsoft.

As reported in Business Insider, according to a translation of the German text- The Chinese company executive Richard Yu from  said-

“We have prepared our own operating system. Should it ever happen that we can no longer use these systems, we would be prepared.”

Although there is no official statement yet.

Huawei is currently using android and windows for their mobile devices and laptop & tablets respectively.

But if the situation occurs in near future that no one wants, Huawei will probably be ready to encounter it with their own in-house operating system. Plan B was always there from the beginning.

Samsung Reclaims the Top Spot in The Global Smartphone…

Huawei in converses with stripping portions From Honor

#StepOutOfYourHead- Bianco Urges Everyone To Speak Their Mind