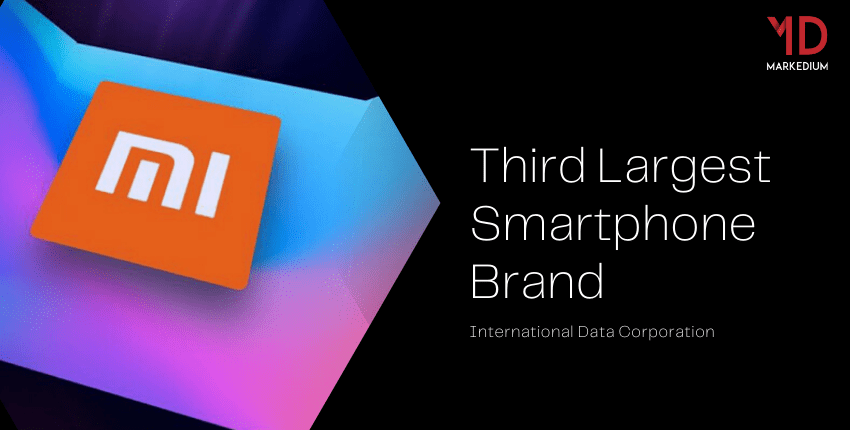 For the first time in history, Xiaomi-the Chinese tech giant has surpassed Apple in sales volume to become the third-largest smartphone brand in the world. The data was reported by the International Data Corporation aka IDC.

According to IDC’s smartphone shipment report of the third quarter, around 353.6 million smartphones were shipped in the third quarter of this year from July to September. Previously, IDC had predicted that there could be a decline of around 9 percent due to the ongoing Covid-19 turmoil. However, the report has stated that the smartphone shipment has seen a 1.3% decline compared to last year which is surely better than expected.

But the most fascinating stat of the report was Xiaomi beating Apple for the first time in history with a staggering 42% growth. While the Chinese giant shipped 46.5 million devices in Q3 globally, Apple shipped around 41.6 million smartphones in the same quarter facing a 10.6 percent decline year on year.

Current Xiaomi holds 13.1% global smartphone market share and Apple carries 11.8%. According to IDC, Xiaomi has gained this height due to its increasing demand in India a continued strong presence in China, which accounted for 53% of the company’s volume in the third quarter of 2020.

Prev Next
Subscribe to our newsletter
Sign up here to get the latest news, updates and special offers delivered directly to your inbox.
You can unsubscribe at any time
0 0 votes
Article Rating
2020AppleHuaweiIDCOctoberSamsungSmartphone IndustryXiaomi
Share FacebookTwitterGoogle+ReddItWhatsAppPinterestEmailLinkedinTelegramViber

Samsung Reclaims the Top Spot in The Global Smartphone Market