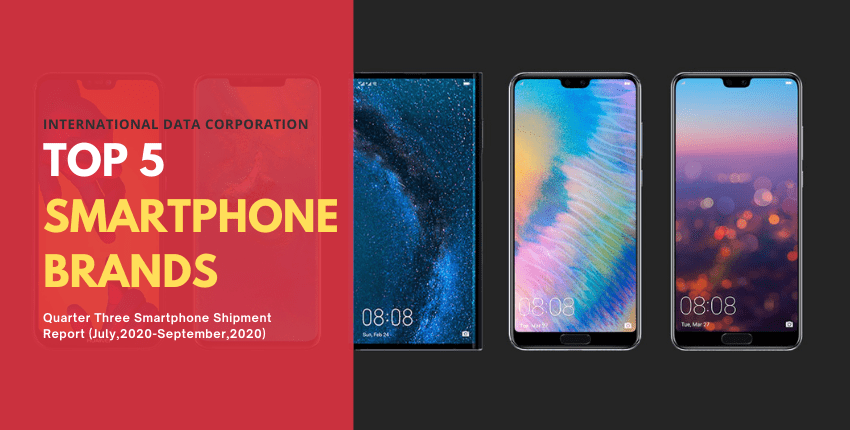 The report has showcased a complete switch in smartphone industry leader-board. Let’s have a quick check:

The South Korean tech giant has reclaimed the top spot from Huawei after shipping 80.4 million smartphones with 22.7% market share. The tech giant has seen a 2.9% growth year over year. In India, the biggest market for Samsung and representing 15% of all out volume, the brand essentially improved its situation with near 40% growth year over year because of its solid exhibition in the under $250 price section and the online channel where its M series models did very well.

The Chinese Smartphone giant has lost its top spot to Samsung with a staggering 22% decline year over year after shipping 51.9 million devices in quarter 3 and 14.7% global market share. The company is currently facing acute challenges due to the US sanctions, which is even proving to be a strong hurdle for Huawei even in China where it has seen a staggering 15%+ decline.

Well, the 3rd quarter has put Xiaomi on the headlines. The Chinese tech giant shipped 46.5 million devices in 3Q20 to achieve the third position in the market globally, surpassing Apple for the first time in history with around 13.1% market share and a mammoth 42% growth year over year.

This quarter hasn’t been that kind towards Apple as the company went down to 4th spot for the first time after shipping 41.6 million devices worldwide in 3Q20 with 11.8% market share and a decline of 10.6% year over year.

Read More: Key Social Media Platform Stats of 2020 That You Should Know [Infograph]

As the report suggests, the decline is a result of the delay in the launch of the new iPhone 12 series. So, we can expect Apple to grow in the upcoming quarter with strong prior demands for the iPhone 12 series.

Vivo has rejoined the top 5 list in this third quarter after shipping 31.5 million unites worldwide with 8.9% market share and a 4.2% growth year over year. The company is trying to enhance its presence in all the markets with all their efforts. Currently India is proving to be a massive take for Vivo as the country delivered an approximate 30% growth year over year in its low-end models under $200.

Prev Next
Subscribe to our newsletter
Sign up here to get the latest news, updates and special offers delivered directly to your inbox.
You can unsubscribe at any time
0 0 votes
Article Rating
2020AppleHuaweiIDCOctoberSamsungSmartphone IndustryTechnology
Share FacebookTwitterGoogle+ReddItWhatsAppPinterestEmailLinkedinTelegramViber