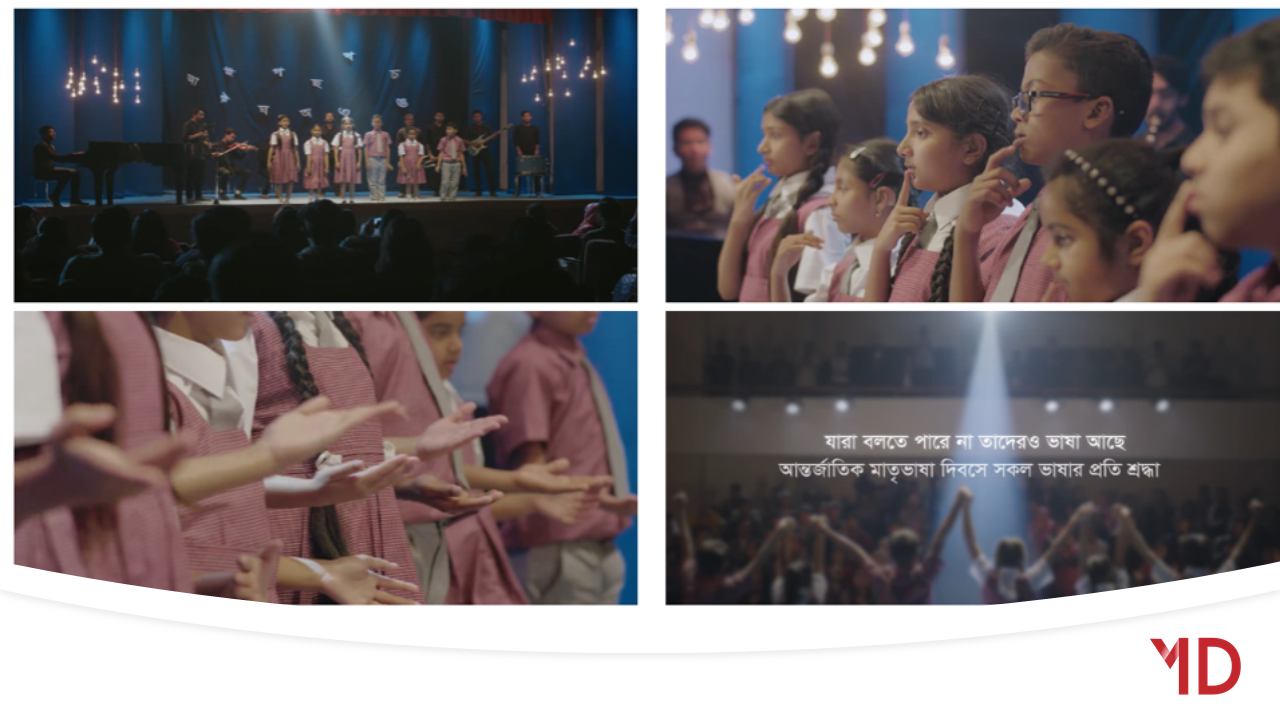 The 21st of February, 1952 is a day to be remembered by all – regardless of whether you are a citizen of Bangladesh or not. While it is a huge turning point for the country that has fought for their right to speak in their own language, it has also brought an impact on the rest of the world.

Now, recognized as International Mother Language Day, 21st February is celebrated worldwide, creating awareness of cultural and linguistic diversity, and promoting multilingualism. For Bangladeshis, however, the whole month of February is the time to recognize and be grateful for their sacrifices.

Corporates create various campaigns to commemorate as well. Super Star Group came out with an ad for the occasion that really tugs at the emotions of its audience. It’s true that we are celebrating all languages, both within our country and outside, but we sometimes overlook the fact that those who are not privileged enough to utter words also have a language of their own.

Super Star Group’s ad for 21st February, shows that languages are not bound within the words we utter with our voices. The campaign shows a group of students about to perform the beloved song, ‘amar bhai er rokte rangano’, on stage. However, instead of singing with their voices, they sing the lyrics of the song while the music plays in the background.

Both the song and the underlying message of the campaign bring about a myriad of emotions to the surface. Through their campaign, they are acknowledging those who are unable to speak and are paying respects to all languages, whether spoken or signed.

This Friday, let us not just celebrate the spoken languages but also the unspoken ones. For, both hold significance in people’s lives.

Let us know your thoughts on this 21st February campaign from Super Star Group, and for all the latest updates, be with Markedium.