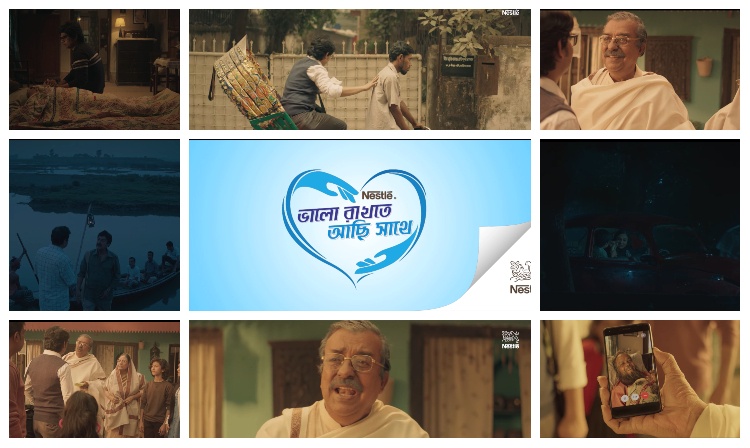 In celebration of our victory day, Nestle visualized one such unknown story of a man. A man who dedicated his life in saving the lives of others.

This is the story of Niyamot Ali. A man who put his life on the line during the battle to help a freedom fighter’s family cross the border.

Read More: Grameenphone Urges Us All To Do At Least One Thing Individually For Bangladesh

In the initial scenes of the campaign, we see an aged Niyamot Ali on his bed, speaking to his son. He informs his son about a man from whom he took 100 TK, without permission. We can see the son’s visible reaction, determined to repay the money. As the son travels to return the money, he comes across the home of a freedom fighter.

In an age-old traditional black plate, the name Bir Muktijoddha Rafiqur Rahman was visible. As the son enters the house, he finds an old man reading his daily newspaper on the second floor. Upon his introduction, we see the son realizing the importance of his father in the life of the man he just met.

The campaign ends with the freedom fighter re-connecting with Niyamot Ali after years, in a video call.

This campaign by Nestle stands as a testament to quality storytelling. It’s incredible how you can bring out such pure emotions with simplistic visuals. Through this campaign, the brand urged all of us to pay our respects to all the unsung heroes who put their lives on the line to gift others a beautiful future.

An emotional campaign, bring us down to tears, with an incredibly impactful message.

Click LED Urges All Of Us To Ignite Our Fighting Spirits