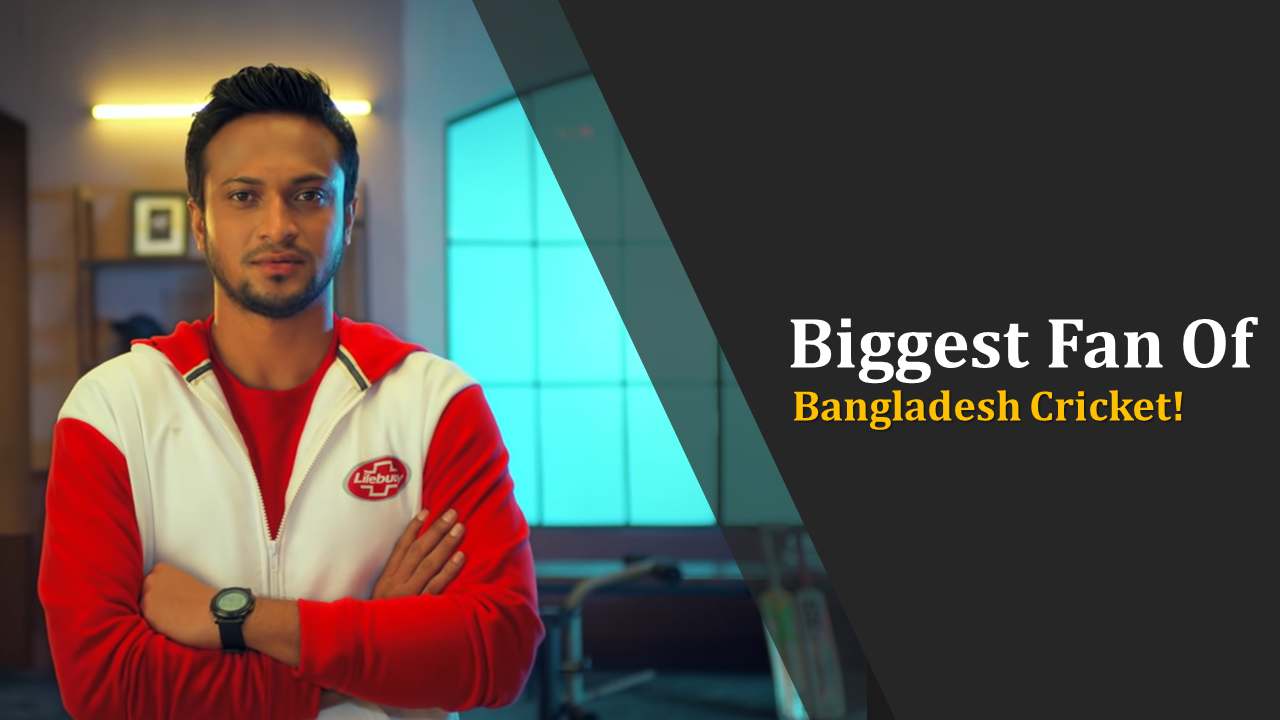 As a Bangladeshi, one name is at the forefront of our minds when thinking about Cricket; Shakib Al Hasan. He is someone known by all and loved by most, regardless of your interest in the sport or lack thereof. Which is why all his fans were disheartened after the news of his actions and consequences coming to light. But Lifebuoy’s new campaign won us all over and encourages us to have hope for the future.

Anyone not living under a rock would be aware of the controversy between the country’s all-rounder, Shakib Al Hasan, and the International Cricket Council. The player was found guilty for not disclosing matters of corruptive activities. Once found guilty of breaching the ICC code of conduct, Shakib Al Hasan was suspended from the team for two years.

With the upcoming series against Pakistan coming up, Lifebuoy couldn’t have chosen a better time for their latest campaign. With an impactful 40 seconds video, they have managed to effortlessly renew hope and won the hearts of all fans.

The campaign features our beloved cricket player enduring the anguish of recent events. Despite that, he is not giving up so easily. He states that he’s going through a tough time, but he will come back to the field stronger. He wants us to know that even though he’s not playing in the upcoming matches, he will always be with the team as their number 1 fan.

As the current sponsor for the Bangladesh Cricket team, Lifebuoy wants us fans to put aside Shakib Al Hasan’s misguided actions and focus on what’s really important. Our love for the sport and our team must take top priority.

Only by supporting everyone in the Bangladesh Cricket team and standing by their side through thick and thin, can we prove that our love and respect are far beyond the surface.