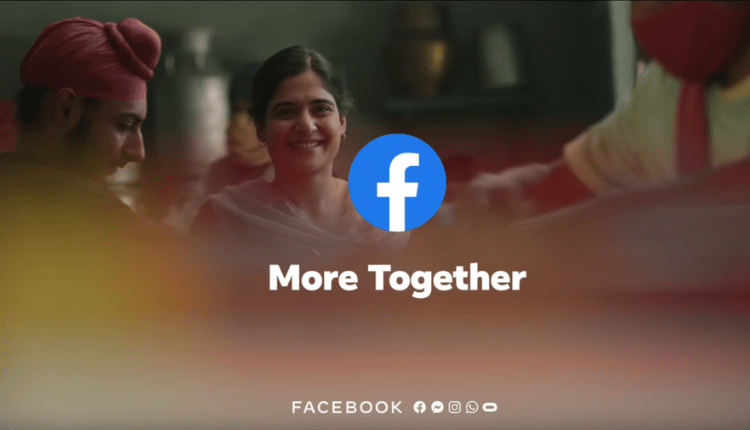 Facebook India delivers a powerful message with ‘More Together’ campaign

The global pandemic swept the world away within a matter of a few months. With COVID-19 becoming more and more life threatening each day, countries are yet to loosen quarantine protocols. This means many companies are still shut down, and people are staying behind closed doors. The pandemic did not only take lives, and health safety; but many dreams, and livelihood. With this perspective in mind, Facebook India has launched their latest campaign ‘More Together’.

Read More: Super Star Lighting Addresses the Uncertainty of Education Industry Due to the Pandemic

Pooja lives in a small, secluded corner in the city of Amritsar. With her father passing away, Pooja has to look after the milk store- Pooja Milk Center. The campaign starts off on a mundane day at work; until Pooja notices the headline on the newspaper in front of her. The headline stated increasing unemployment rates due to the pandemic. Following the read, Pooja logged into Facebook and asked anyone who is unemployed to visit her store.

Read More: Lexus’s Latest Print Ad Is an inspiration or copy from Mercedes’s Concept From 2012?

The following scenes see Pooja hiring one man after the other, although her staff had reached full capacity. Certainly, her younger brother couldn’t make any sense out of it. But little did he know that his older sister was impacting the lives of these unemployed men. These very men who lost their jobs due to the pandemic.

The 7-minute online video commercial captured the inspiring personality of Pooja didi to the dot. We see her struggling to make ends meet due to increasing cost in salaries and expenses. Even then, she does not let her newly hired workers go. Rather, she sells her own car to pay their salaries in advance for the occasion of Diwali.

One bright morning, as she arrives to the store, Pooja sees a crowd of people lining up. These people were there to buy from her store, and pay respect to her grit, strength, and audacity.

The campaign is surely one of the most well-thought-out campaigns in recent memory. The campaign uses slice of life to relate with the urban as well as sub-urban audience. The message of the campaign is more, but very powerful. We see how Facebook can make an incredible impact in the lives of people in such versatile ways. It can give hope to those who lost it, bring to light the leaders of change. Above everything else, Facebook truly makes us more together.

Take Pooja didi as an example.

An excellent story-telling with impeccable visualization of a woman living in a small corner of Amritsar. With its subtle inclusions of real-life emotions, expressions, and inspirational snippets, the campaign has truly outdone itself. Along with that, Facebook India left no stones unturned with two vital product placements. A truly splendid campaign, with incredible story-telling which is sure to leak a tear in your eyes.

What are your thoughts on the ‘More Together’ campaign? For more updates, be with Markedium.

Pepsi Releases The Football Clip “Nutmeg Royale” In Bangladesh For The…