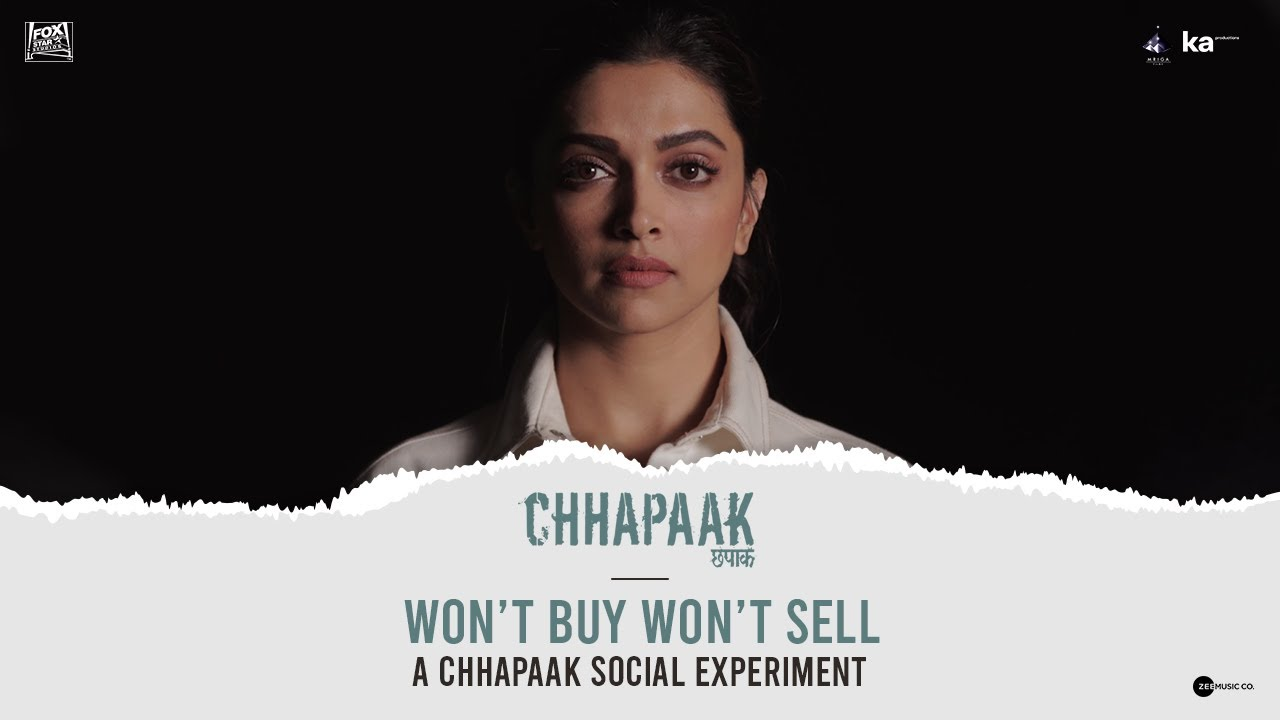 One fine morning, you wake up and walk to the mirror to see a disfigured face and jaw skin drooling down. You might freak out that instance. But the acid attack victims see their faces like this every moment. Even if they forget for a while, society is there to remind her that they do not belong here. It’s a game of one against many. Their struggles and their voices are forever unnoticed.

On the contrary, our neighboring country’s entertainment industry seems to be affected by the acid attack issues on women. The recent movie on such an issue, named Chhapaak starring Deepika Padukone, ran a social experiment to raise awareness within oneself. The Chhapaak social experiment will open your eyes or maybe scare you when you see how easy it is to buy acid.

Deepika Padukone for her film “Chhapaak” ran a social experiment to show us how easy it is for people to buy acid from stores. The experiment had individuals disguised as a husband, housewife, goon, drunkard and many more to have a varied experimental result. Yet, the results were the same. It broke my heart when I saw the shopkeeper asking “Is it to throw at anyone?” but not stopping to sell the acid, like that is so normal to do so. The team was able to buy 24 acid bottles in a single day. To rearrange my statement, you are 24 times more likely to be an acid victim each day.

Growing up with a society where people blame the rape victims for being raped and not being dead, you won’t get much to say. And for the acid attacks? They won’t even count the acid victims because this was their fault be tortured. Your boyfriend had a flawed mindset. That’s normal. Your husband brought in his second wife without your consent. That’s normal. What happens next? You feel hot boiling water thrown at you that nearly blinded you, which made you incapable of a lot of things.

To quote an acid attack survivor, “Acid attacker attacks you one time, and the society attacks you all the time”. The perception of “if you can’t be mine, you won’t be of anyone else’s” will not work in today’s era. If an attacker thinks so, they are wrong because we will always be there for all the acid victims to make them ours. We will make sure these victims grow greater strength than that of an attacker, who didn’t think twice before throwing a bottle of acid.

A salute to all the survivors from our team. Thanks to the Chhapaak team for running such a social experiment and showing us where the problem lies.

Grameenphone & Fuad Seek to Unearth the Next Big Thing…

Shopping Feature To Be Added On Google Search