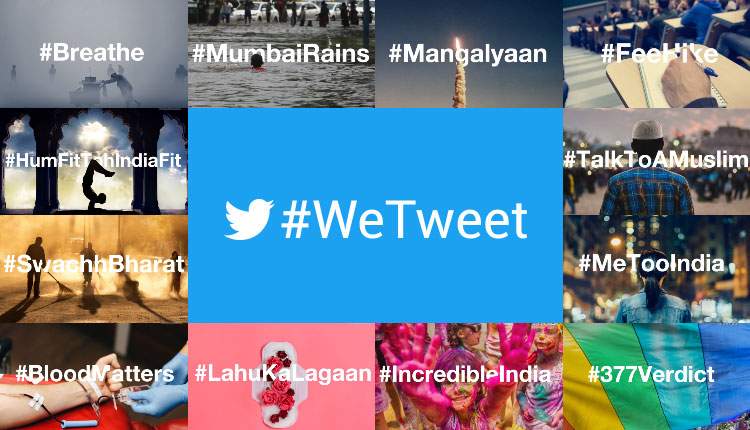 Let’s walk a few years back in the memory lane. Can you remember the “Arab Spring”? Delhi Gang Rape and the movement for “Nirbhaya”? If you don’t, I’m pretty sure you remember “The Shahbag Movement”. All these movements have one thing common in them and that is “Power of social media”. Twitter India has tried to showcase the exact outcome with their latest campaign.

Arab spring brought huge and unexpected political changes in almost every Arab country. It started in Egypt and the news was spread faster than plague to the world which initiated another movement in another country. Followed by one more, and then one after another.

Read More: Berger’s Latest Campaign Takes You Back To The Memory Lane

Showcasing this power, twitter India recently released their campaign named #WeTweetTogether. The whole campaign was built on our daily lives where we face a problem, share it in the social media, some shares that he/she has faced the same thing again and picks up the story to share it with his/her followers using the same communication message, mostly a #hashtag. Then it just starts spreading.

The biggest power behind this is, it’s so simple to share and doesn’t take more than 5 seconds from your life. Whether you are busy or in public transport, just two clicks can help you to make a story powerful. Can make your feed flooded with the same message.

When you are trying to showcase the power of social media, it can’t stand alone if you don’t give a solution of rising concern. That’s why Twitter India chose the on-going water crisis in India trying to prove how efficiently all Indians together can solve this problem. Just a simple hashtag.

Connection to The Youth

As we all know, the Upcoming leader of the society- The Youth Population is the main users of the social media platforms.  So, what could have been a better way to portray a problem solving rather than a youth realizing and doing it.

The ultimate power tool is in your palm. So, what is stopping you from solving it? Use social media as we have done before and use the biggest workforce of the earth to solve it today and tomorrow. And don’t forget to let us know about your thought on this latest campaign by Twitter India.

Now You Can Call And Chat Without WiFi- Oppo Meshtalk