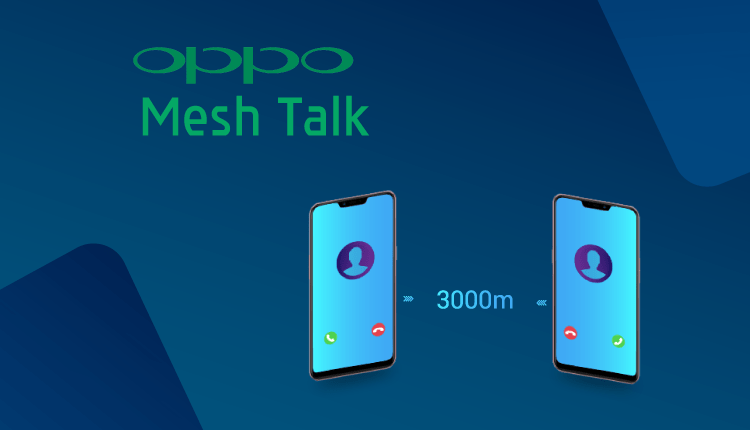 Oppo, a Chinese smartphone manufacturer, had quite an announcement in Shanghai at the Mobile World Congress. Not only they introduced a new camera technology, but they also introduced Meshtalk. Why did it create such a stir? What does it offer? We will talk about it thoroughly.

Basically, it is a “new proprietary communication technology” which allows people to chat or call without using cellular networks, Bluetooth or WiFi. That’s the main feature of Meshtalk. This end to end encrypted system works inside a three kilometer radius.

Oppo is the first smartphone manufacturer that has introduced this kind of technology. However, Oppo is not the first one who introduced this technology. Before MeshTalk,  there was this app called ‘Fire Chat’ which allowed its users to send photos and text messages e in the absence of WiFi, Bluetooth or cellular, networks.

If the number of devices increases, every phone will be able to facilitate data transfer among the network members. Thus, the range of communication will be increased.

According to Oppo, MeshTalk will also make sure that users can send voice messages and make their important calls within a 3km radius. Even in the urban environment, they can communicate flawlessly.

It remains to be seen whether the new technology, introduced by Oppo, will help the company to sell its products. But they are quite confident that it will help them to boost their business.

But one thing is certain- Oppo will make sure that they keep refining the technology and market it properly. There is a very good chance that this technology will get better and better in the future.

So, are you excited yet? What’s your thought on this new Meshtalk feature from Oppo? Let us know!

The Brand New OPPO A76 Arrives as SUPER Powerful Partner of…

Google Will Pay You To Hear Ads | Google Pay

Google is Acquiring Fitbit for $2.1 Billion