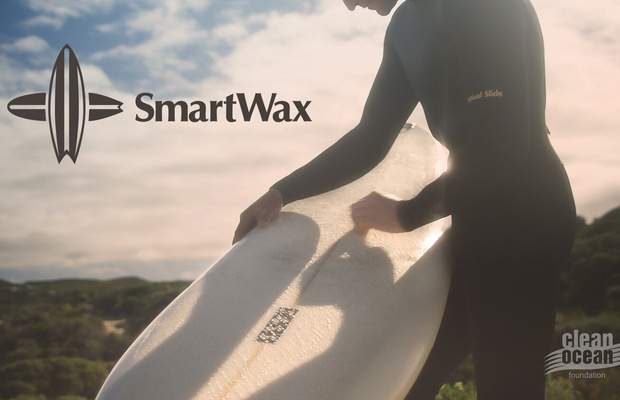 SmartWax –An open-source formula to clean the ocean2 min read

How about I tell you that you can fight climate change with an open-source surf wax solution? Yes, you heard me right. SmartWax- an innovative surf wax formula by Clean Ocean Foundation that can clean the oceans and give us a ray of hope.

Our oceans are growing in acidity due to carbon emissions. These acids are killing reefs and putting marine lives at risk. SmartWax is an open-source surf wax formula that uses a natural substance to neutralize harmful acids and turn them into clean ocean water.

About 25% of CO2 discharges are consumed by our seas, expanding acidification1 and putting an entire host of marine life forms in danger. UNESCO says on the off chance that we don’t act by 2100, over half of the world’s marine life will be wiped out.

SmartWax is an open-source surf wax formula developed by Clean Ocean Foundation Australia that reverses the damage carbon dioxide emissions have caused to our oceans.

“We can no longer afford to sit by and watch our oceans turn to acid and marine environments turn into a wasteland. SmartWax shows that we can all shape a better future for our ocean if we stick to it.”

The creative recipe contains a characteristic substance fit for killing the unsafe acids found in the sea. The way to rolling out a noticeable improvement is to smaller-scale portion the sea step by step after some time to abstain from losing its characteristic equalization.

This makes surfers the ideal gathering to oversee the arrangement. With more than 35 million dynamic surfers around the world, the adequacy of these miniaturized scale portions increments altogether, we might change over 112 million liters of acidic ocean water every day.

A creative film was also launched by Clean Ocean Foundation and McCann Melbourne to announce the SmartWax. Have a look:

Clean Ocean Foundation has invited major wax producers urging them to use their revolutionary formula to stand against climate change. As a piece of invitation, a set of surf wax with SmartWax formula has been formed into the faces of leaders who deny climate change – such as Donald Trump and Jair Bolsonaro.

Bells Wax, EcoWax, FriendlyWax, and Xaw- are the top wax producers that the Clean Ocean Foundation is interested to collaborate currently. Visit the SmartWax website to find out more and see how you can make a difference.

Let us know about your thoughts and keep yourself updated with Markedium for all the latest global brand innovation and tech news.

Things People Searched the Most on Google to Face This…