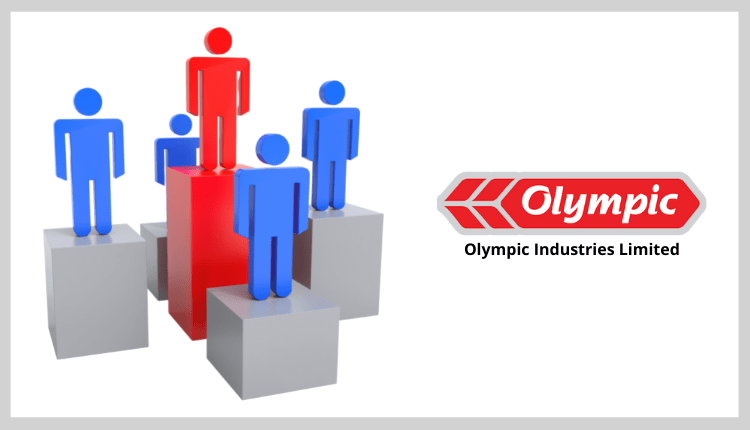 Olympic Industries Limited the owner of flagship brands like Energy Plus, Nutty, Tip Biscuits is the largest manufacturer & marketer of biscuits in Bangladesh. The company which was incorporated as a battery manufacturer in 1979 has now expanded to biscuits, noodles, chocolates, and more.

In this article, we are going to talk about the journey of Olympic Industries and how the company is aiming to be the snacking giant of Bangladesh.

Olympic Industries Limited was founded in June 1979 as Bengal Carbide Limited. The company was initially established to manufacture and market dry cell batteries in Bangladesh. During the 1990s the company decided to expand into the biscuit manufacturing business by observing the rise in the middle-class population. 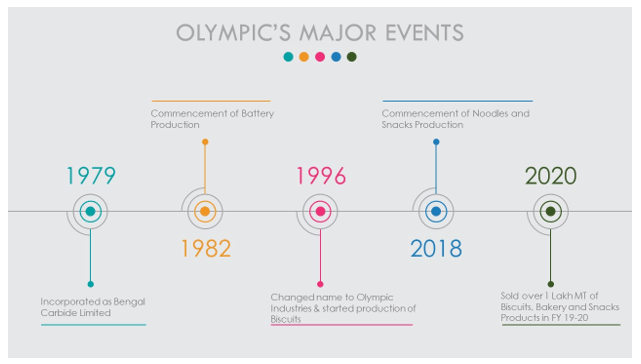 In 1996 the company commenced its Biscuit & Confectionery by importing its first biscuit line. Since then, the company didn’t need to look backward. With time the biscuit and confectionery business has become the main revenue source of the company. The battery business only contributed to 2.9% of the total revenue of the company in FY 2019-20. The company came up with Energy Plus, Tip & Nutty which made the company the market leader in the industry. According to EBL Securities Ltd, Olympic Industries is the market leader in the Biscuit & Confectionary industry in Bangladesh holding about 40% market share. 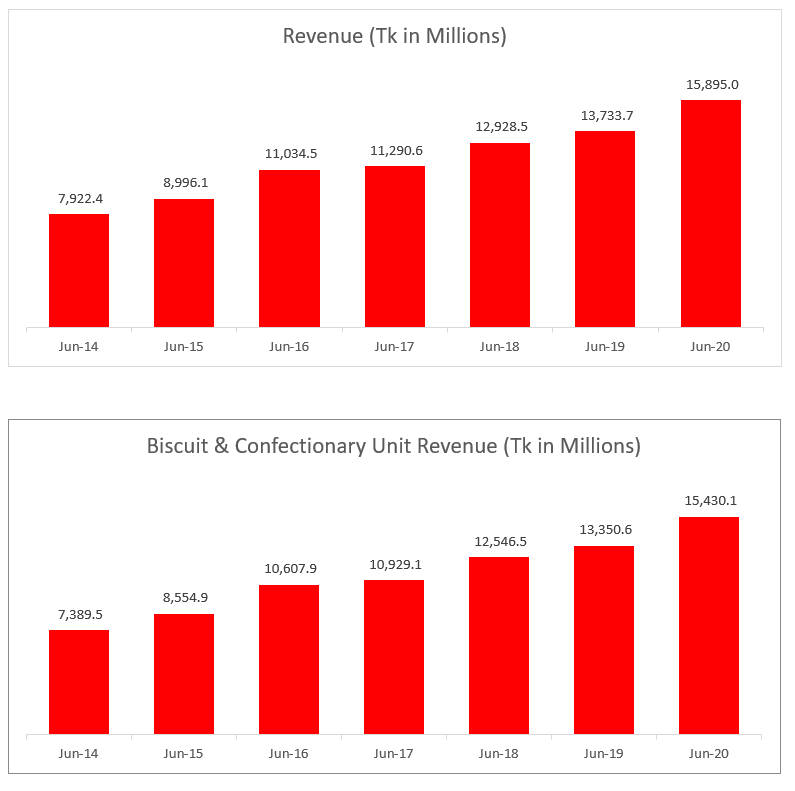 The company is still hopeful about the growth of the Biscuit Industry and is moving into new product categories to reap the benefits of the growing middle-class population and growing purchase power of Bangladesh. In the last few years, the company has launched products in the Confectionary category & snacks category.

Brands like Pulse Candy and Knock wafer have already proved to be a successful launches in the candy & chocolate category. The Candy market, which is largely dominated by foreign brands, is expected to reach $366.2 Mn by 2024 growing at a rate of 7.7%. Olympic sees high potential in the market and if the company can have more successful launches like Pulse in this category, then it is expected to have a greater contribution to revenue in the coming future. The company is also in the noodles & chips category by introducing brands like Foodies Noodles & Tritos.

Olympic Industries Limited is one of the rare companies which grew since the first lockdown in March 2020. In FY 19-20, the revenue of the company grew by 15.7% compared to FY 18-19 even after facing an entire Q4 (Apr’20-Jun’20) in lockdown. It is sure a testament to the strong brand loyalty to this company.

The company has been growing consistently at double digits in the last seven quarters mainly due to strong performance of its flagship products Energy Plus, Nutty, Tip and due to new product launches in biscuit, snacks & confectionery category. In 9 months of FY 2020-21, the revenue of the company grew by 14.8% YoY from Tk 11,961.1 Mn in FY 2019-20 to Tk 13,729.8 Mn.

Bangladesh is now in its third lockdown since July 1st, 2021. It is expected the business of Olympic won’t be impacted much by the new lockdown measures. In the long term, it is expected that Noodles, Snacks & Chocolates are going to be the main growth drivers in the future. However, due to the recent lockdown, the company may incur higher expenses in logistics and factory overhead maintenance. So the net profit might be impacted if the lockdown persists for long.

Prev Next
Subscribe to our newsletter
Sign up here to get the latest news, updates and special offers delivered directly to your inbox.
You can unsubscribe at any time
0 0 votes
Article Rating
2021Brand TrackIndustry WatchJulyOlympic Industries
Share FacebookTwitterGoogle+ReddItWhatsAppPinterestEmailLinkedinTelegramViber