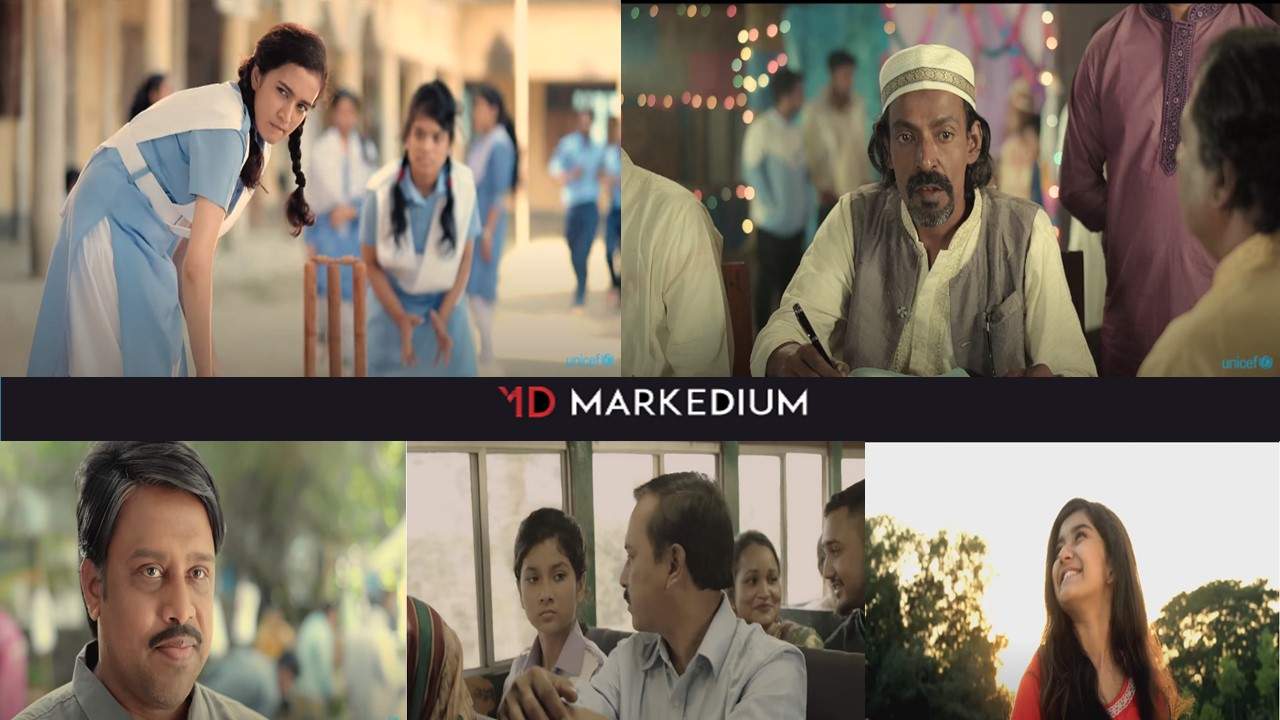 Bangladesh is a developing country in the South-Eastern region of Asia. Much like other South Asian countries, few cultural practices are still prevalent that go against basic human rights. Likewise, one such significant cultural practice ongoing in the country is child marriage. With this intention to disseminate child marriage in Bangladesh, the Ministry of Women & Children Affairs has launched a campaign series. In this regard, MOWACA, in collaboration with UNICEF Bangladesh, UNFPA, and Canada.org vows to end child marriage in Bangladesh.

According to a recent study, it has been found that 59% of Bangladeshi girls are married off before their 18th birthday. On the other hand, 15% of girls are forced to get married before even turning 15. An astounding statistical data, that puts Bangladesh at fourth place in child marriage prevalence rate. Furthermore, Bangladesh stands in the second position of the absolute amount of child brides; a staggering number of more than 4.4 million.

The campaign starts off with a teenage girl playing cricket. Her father arrives, and informs her that she needs to go home instantly. Upon asking the reason, the father informs that a suitor’s family will be coming to visit her.

A common scene prevalent in the Bangladeshi sub-urban and rural culture. The campaign ends with the girl’s friends and teachers uniting in a rhythmic clap. The clap represents the society’s protest against the stigma that is child marriage. The scene concludes with the message “Call 109, the designated help-line regarding child marriage complaints”.

The second part of the campaign sees the scene set in a Kazi office. In most sub-urban and rural households, a Kazi is called in to marry off girls. The campaign visualized the prevalent scene of many households, in a relatable yet simplistic portrayal.

“How old is she?”; a resounding question seen in the campaign. The campaign exposes sub-urban and rural sentiments towards child marriage.

The Kazi refuses to get the teenage girl married. we see the same resounding clap. A simplistic campaign, with a strong message.

In the third episode of the campaign series, we meet a father taking his daughter to the city. His daughter is to take part in a debate competition.. The scene sees a man familiar with the father entering the bus.

The third episode reflects the cultural stigma that girls become a burden as they grow older. The unknown man’s words reflect the mentality of many households of Bangladesh.

To protest against the man’s narrow-minded statements, the passengers in the bus united with yet another resounding clap.

The final episode in the series sees the most common instance of a pre-child marriage situation. The suitor’s family visits the girl’s house only to find out that she is underage. In an attempt to stop the marriage from happening, we see the suitor standing up in protest.

The final episode gives a silver-lining in the form of educated knowledge regarding child-marriage laws. The scene also ends with a resounding clap in the form of a protest against child marriage.

This statement defines the contemporary rural perspective of many families when it comes to child marriage. A father visits a fish market, to buy a big fish to feed the suitor family to will come to visit his underage daughter. The final episode establishes the core problem within the Bangladeshi sub-urban and rural families.

The scene ends with the fish seller refusing to sell the fish to a man who wants to marry his underage daughter off. We see the other buyers and sellers present in the market uniting in a rhythmic clap. Just like the four preceding episodes, the clap had one simple message

The message is simple.

Child marriage is illegal in Bangladesh. Hence, No girl under the age of 18 should be forced to get married. If forcefully married off, legal actions will be taken. In order to inform authorities regarding child marriage, call 109.

Not to mention, this is an incredible initiative by MOWACA, UNICEF Bangladesh, UNFPA, and Canada.org. As a result, an impactful campaign with striking visualization, exposing the stigma of child marriage issues.

What are your thoughts on the “Child Marriage” campaign?

For the Travelers Who Dream Limitless | GoZayaan Latest…

Daraz Bangladesh Addresses The Impact Of Women In Economy…

Tinder Celebrates Its Diverse Community in Its Own Way

Prev Next
Subscribe to our newsletter
Sign up here to get the latest news, updates and special offers delivered directly to your inbox.
You can unsubscribe at any time
0 0 votes
Article Rating
best campaigns of abangladeshCampaignclap your handsthrowback tuesdayunicef bangladesh
Share FacebookTwitterGoogle+ReddItWhatsAppPinterestEmailLinkedinTelegramViber

Have A Look At Bangladesh’s Very First Blockchain Remittance Service