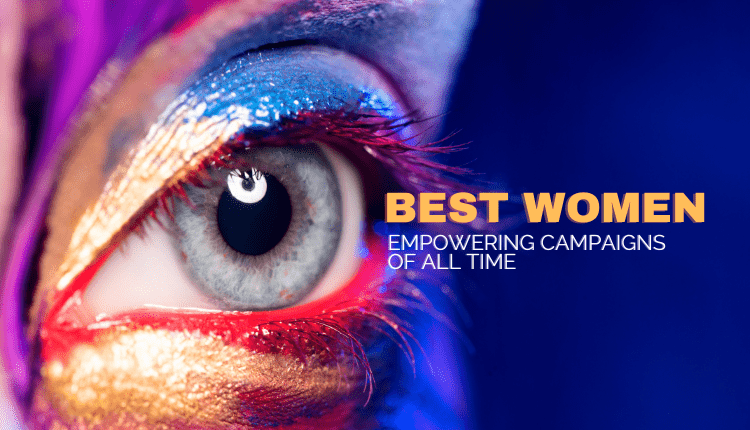 As every year spends, Women’s Day acquires more respect and momentum with worldwide brands coming up with their campaigns to extend and respect the accomplishments of our women from varying backgrounds, be it social, political, financial, social, cultural and so on.

On March 8, like all the other years, the world is about to celebrate the International Women’s Day. In honor of the day, let’s have a look at some of the all-time best powerful ads, recognizing women and all the accomplishments and struggles of the women created by agencies around the globe.

Here is our pick:

In one of the most famous Dove films, Real Beauty Sketches explored the gap between how others perceive a woman and how one woman perceives herself.

Each woman was the subject of two portraits drawn by FBI-trained forensic artist Gil Zamora: one based on her own description, and the other using a stranger’s observations. The results are surprising… how?

The sketches were compared, with the stranger’s image invariably being both more flattering and more accurate. The differences created strong reactions when shown to women.

Among a bunch of provocative commercials, we’ve gone over in late time, Jui, a local haircare brand’s #BeBoldForChange campaign is one of the most eye-opening campaigns for bringing a consuming social issue like abusive behavior at home to the light.

Read More: The Barriers Only A Woman Has To Face- Daraz Women’s Day campaign

With powerful storytelling with on spot execution, the campaign is surely one of the best till date on speaking on behalf of all the women around the world.

In 2015, Women’s Aid debuted the first-ever interactive billboard to highlight the commonly known domestic abuses against women and how our consciousness can stop this from happening on a regular basis.

The creative utilizes facial recognition technology, which measured how many people paid attention and looked at the image, with a live feed ticker at the bottom of the ad highlighting how many people were actively looking at the billboard.

The more people who view the image, the quicker the woman’s bruises would heal and clear up, in a stunt that would promote how domestic abuse can only be confronted if members of the public stop turning a blind eye to victims.

Always, debuted a 3mins campaign in 2015 highlighting the brand’s “Like A Girl” campaign that showed the differences in how young women, boys, and young girls perceive the phrase, “like a girl.”

Although the campaign was not produced for the Women’s Day eve, yet it is still considered to be one of the best campaigns that enhanced the confidence among the women of all around the world.

The #BruisesCanBeGood campaign was conceptualized by Isobar India includes a spot displaying a young lady with wounds all over her body sitting among a gathering of individuals to raise awareness against crimes against women.

However, the young lady with wounds stood up and kicked boxing activities. She at that point educated individuals about her being a military craftsman and that wounds was a piece of her preparation accentuating that wounds can be acceptable.

However, it likewise stressed how individuals’ originally thought of negative things in light of the fact that those situations are quite predominant in India and therefore, reassuring change.

#UnitedByHalf campaign stepped up to challenge social stereotypes in India around the role of women and calls for equal pay. While it was launched in India first, the fashion brand rolled it out globally on International Women’s Day in a bid to mobilize people to “think, talk and act in ways that support the empowerment of women”.

A fairly reviving difference in pace, this cheerful discussion among cousins and a maternal uncle compare a man in the spot of a woman, being posed inquiries that are constantly pointed at Indian young ladies.

Why it conveys an amazing message, is that it gets rid of the extra (now and then power fitted) dramatization and overpowering feeling, and that, it associates in a flash with the youthful age without doing or saying a lot, that excessively in under 90 seconds.

This 2014 video shows the remarks model Gisele Bündchen got continuously as she punched and kicked a punching sack. The remarks show up on the dividers around her are viewed as potshots and harsh comments.

At the point when catastrophe and emergency strikes, women and girls are affected in an unexpected way, they die in more prominent numbers and their vocations are hit more earnestly. To spread awareness to the fact explained above, in 2018 UN Women Australia created this thought-provoking campaign to raise awareness to ensure that no woman is left behind when a disaster or crisis strikes.

Google launched an amazing campaign for International Women’s Day in 2018 to showcase the positive changes in our current world. The tech giant presented a Google Search Trends data shows that the world is searching for gender equality more than ever before. Indeed, the campaign encourages people who are advocating for a more equal world.

Cadbury Bournvita along with Ogilvy & Mather has come out with a path-breaking and inspiring film to celebrate and surprise the glorious women of today and to remind them – #DontForgetYourself.

In 2018, Blush made an attempt to destroy the stereotypes of Women’s Day Advertising Techniques to encourage all the marketers to be more real and strong. It was a pretty bold act from Blush. Kudos to the team.

Which of the above campaign(s) caught your attention, and provoked your thoughts the most? Let us know in the comments below.

#Wome’s Day With Markedium |We will feature all the best International Women’s Day 2020 campaigns (print, outdoor and AV) from both Bangladesh and around the world.
If you are a brand with a strong message, submit your campaign here- https://bit.ly/32F9Ih6