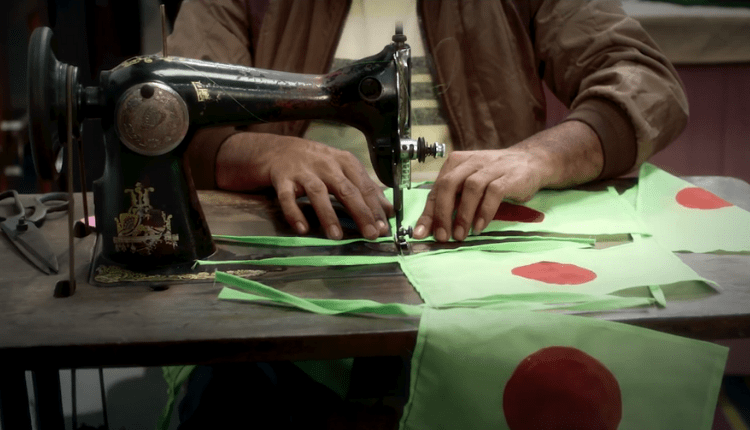 Every December 16th, we proudly hoist our national flag to celebrate the essence of our freedom. Why shouldn’t we? The national flag of Bangladesh is the symbol of all the sacrifices made by our freedom fighters during the liberation war in 1971.

However, the irony is that there might be no shortage of enthusiasm among us to celebrate our victory day and wave our national flag with utmost pride, but sometimes unintentionally we tend to miss some basics and dishonor our national flag. This victory day, Olympic industries addressed the issue and dedicated a beautiful campaign to educate the nation about it.

As the film progresses, Mr. Babu also notices a group of people was bragging about a wrongly made national flag being the biggest in the area. Once again, he confronted the group, but this time he received a very negative counter feedback.

While the argument carried on, a fellow freedom fighter came forward and introduced Mr. Babu being the Commander of Freedom Fighters of that area during 1971. In the last part, when Mr. Babu was asked about his confrontation against such celebration, he delivered the main core message of the campaign-

“With a wrongly made national flag, we can’t celebrate the victory day with the honor it deserves!”

December has a special significance in the lives of all Bangladeshis. It is a period of festivity, of taking promises to contribute for our darling country. December carries with it the enthusiasm and promises of Bengali patriotism, spirit of freedom, liberation war, glory, an extraordinary energy that radiates through the blood of all Bangladeshis.

The message of the campaign was very clear. It took 9 months of blood shed sacrifices to finally have a national flag of our own. Around 3 million freedom fighters paid the price for this national flag by sacrificing their lives for a free Bangladesh.

So, we may have all the rights to celebrate our victory day with utmost enthusiasm and pride, but we don’t have the right to be careless and ended up the dishonoring the one most important symbol of our freedom.

A timely initiative with spot on execution from Olympic. For more latest updates, be with Markedium.