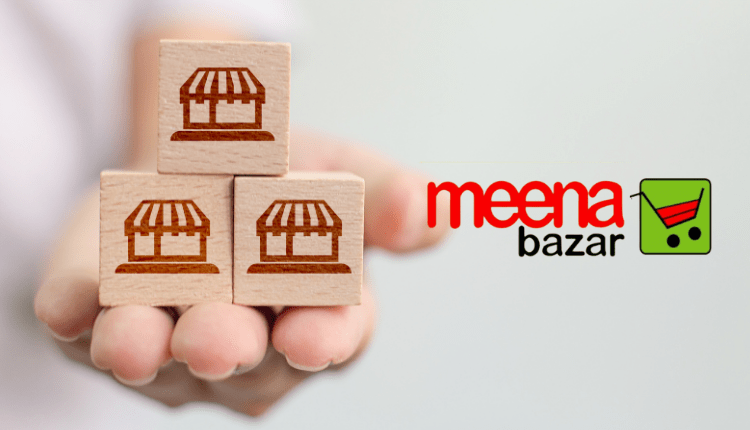 Meena Bazar, a concern of Gemcon Group, is one of the most known super shop chains in the nation but has only been operating in two cities up until now, Dhaka and Chittagong. Also lagging behind as the 3rd largest super shops at present.

Sitting at 3rd in the highly contested superstore market, the company will be able to expand faster using the franchise model.

It will certainly help Meena Bazar to close the gap with Shwapno and Agora which have 207 and 18 stores respectively.

The benefits of economies of scale to industries and businesses are wide-ranging, but generally speaking, it enables large corporations to reduce their costs, pass the savings onto the consumer, and gain an advantage over the competition.

So, for Meena Bazar, more outlets mean more bulk buying of goods that can facilitate a lower rate than before saving the company the important bucks.

Suppliers will be more encouraged to lower their rates when the goods will be taken in more quantity which will help to increase the gross profit of the company.

The most fundamental benefit of franchising is the growth and revenue it offers in terms of profit and operational expansion. Meena Bazar is looking to open its first franchise store in Shanir Akhra the capital, entering new markets. In other ways, franchise model companies can grow faster as franchisees take some of the capital expenditures. Hence the revenue growth will be faster than own stores.

Meena Click, the e-commerce arm of the company will have a higher reach due to the franchise expansion strategy which will help Meena Bazar compete with grocery e-commerce competitors Chaldal & Shwapno.

So, the franchising model lessens the operational load on them and provides the space needed to improve new segments.

Thanks to the Pandemic, the demand for online groceries has seen a huge spike. With this new strategic integration, Meena Bazar now has a different route to push its own online grocery channels throughout the franchise business spots.

Lastly, in the franchising business, the failure rate is considerably lower. It ensures greater access to finance, lessens operational errors, and avoids risks. Meena Bazar will have less at stake in exchange for making more profits and gaining country-wide expansion.

With appropriate quality control, the franchising of Meena Bazar might just be the rejuvenation they needed! What’s your thought?