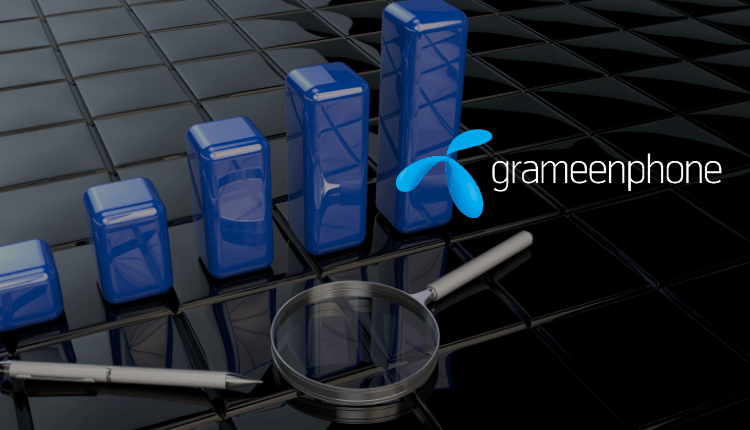 Grameen Phone the largest telecom company in Bangladesh has recently its Q1 financial report for the year 2021. Revenue of the company in Q1’21 was Tk 34,813 million compared to Tk 36,169 million in Q1’20. Revenue declined by 3.7 % YoY mainly driven by a decline in subscription & traffic revenue. Although internet subscribers increased by 1.7 million, data revenue also decreased by 4.4% YoY. Profit after tax in Q1’21 declined by 16.7% YoY to Tk 890.6 million due to lower foreign exchange gain and higher tax expense due to one-off adjustment. 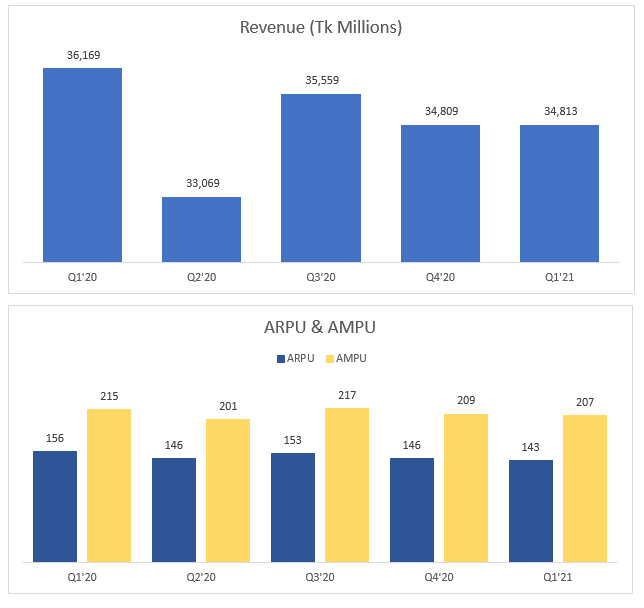 Average Revenue per User (ARPU) has been on a declining trend mainly due to the rise in OTT platforms like Whatsapp, Messenger, Imo, etc, and economic uncertainty for the Covid-19 pandemic.

The continuous decline in voice revenue and the pandemic situation forced the telecom companies to look for growth from data. About 23.6% of Grameen Phone’s total revenue was contributed by data service and 51.6% of the total subscribers are internet users. Hence Grameen Phone has room for further growth in this segment by leveraging the highest subscriber base and largest 4G sites in Bangladesh.

Prev Next
Subscribe to our newsletter
Sign up here to get the latest news, updates and special offers delivered directly to your inbox.
You can unsubscribe at any time
0 0 votes
Article Rating
2021AprilGrameenphoneQ1 2021Telecom Industry Bangladesh
Share FacebookTwitterGoogle+ReddItWhatsAppPinterestEmailLinkedinTelegramViber