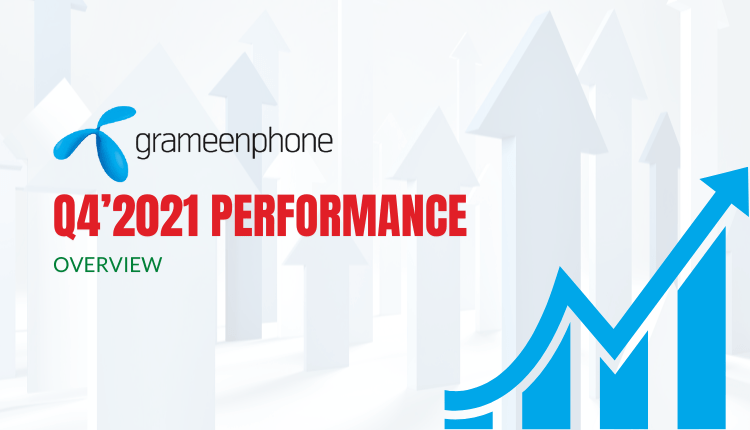 3.7% YoY subscription & traffic revenue growth was mainly driven by growth in bundle & data, which was supported by spectrum, site roll-out and enhanced market initiatives. Grameenphone continues its focus on promoting bundle services in Q4’21 to provide better customer value with enhanced experience. The focus on bundle has paid off successfully for the telecom giant as revenue from bundle services increased by 7x in Q4’21 compared to same period last year.

Average Revenue per User (ARPU) declined by 3.0% YoY from Tk 146 in Q4’20 to Tk 142 in Q4’21. Average minutes per User (AMPU) continues its declining trend by declining 5.0% YoY. The continued rise of OTT services usage like whatsapp, imo, messenger etc is driving the declining trend of AMPU. 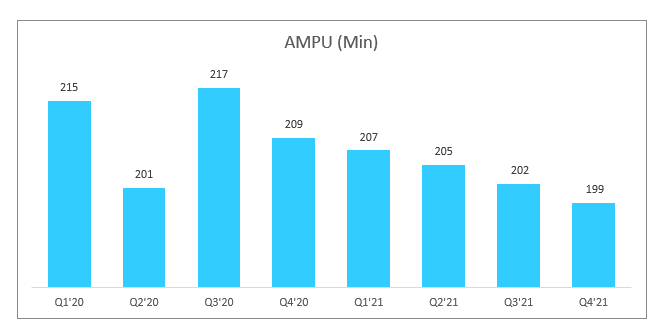 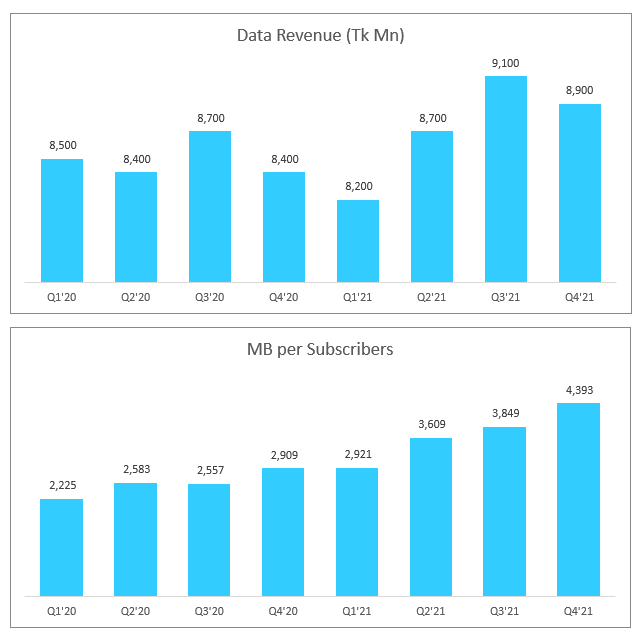 Grameenphone’s focus on bundle packages clearly shows its intention to grow in data segment since the usage of OTT services like whatsapp, imo is taking away revenue from voice segment. Hence 24.5% contribution of data on total revenue is expected to grow in the coming quarters.

How bKash Hits All the Right Notes with Its 1% Extra Cash-Back on Remittance Offer?