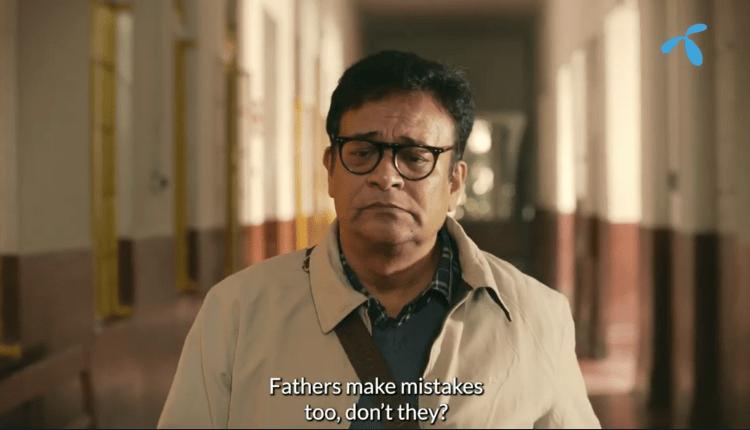 A simple yet powerful line from the 51-second lengthy OVC of Grameenphone shows how impactful can an advertising be even in the general sixty-second storytelling frame. To celebrate Father’s Day, Grameenphone uploaded this ad on its social media platforms on 18th June evening.

The present meets past: The brilliant execution of the timeframe

The storytelling connects the flashback of the past with voice-overs to the present where a father is on a bus going somewhere unknown. He is scrolling on his phone and looking outside the bus window in melancholy and apprehension, his expression tells he is uncertain. His phone screen gives a glimpse of the news he was reading, “a doctor won a prize for photography”.

The voice-over gives us a context to this blank, we listen to the argument of a daughter expressing her desire to be a photographer after she finished her degree of becoming a doctor. A raging voice of the father discards her wish in no time. But the daughter’s determination to pursue her dream is resolute, she will leave home but not her dream.

The beauty of the storytelling lies in its time utilization. The present is connected with the past through a perfect medium of backstory giving the audience the context of the ad just within its first 10-seconds. The audience is clear how the father’s perception was to his daughter’s dream even after she fulfilled her parents’ expectations of completing her MBBS degree. The immediate scene shows us the daughter, wearing the doctor’s apron, taking picture of a smiling kid who has just recovered.

The present: The blend of powerful voice, dramatic music, and human emotions

The next 10 seconds give us the context of the present. She has certainly not left her career as a doctor, but rather has pursued both her career and dream together. She has invested time to improve her skill in photography, blending both the world of her hospital life and photography life together successfully. 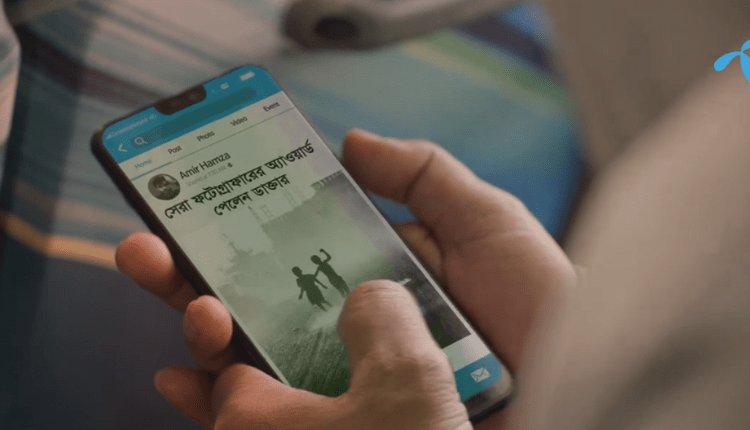 The success was already captured within the initial 10 seconds of the ad from the father’s eyes. The audience can quickly connect the dots because the entire story is set just mainly within a 40-seconds timeframe. There is little scope for the audience to lose attention.

Read more: A Parent By Choice, But A Father By Love: Fresh Happy Nappy

The message of the ad is placed in this part of the ad; the daughter has created her life in her own way and proved herself worthy to pursue both her interests. She has proved her father wrong. The climax of the ad gives us the lucid acknowledgment of the father for his mistake. He is proved wrong and he accepts his lacking, conveying the human side of a father.

Even fathers can make mistakes, and there’s no shame in acknowledging what went wrong. He has realized his mistake and has come to his daughter to mend the relationship.

The ending is just as beautiful as the concept of the commercial. The father expresses how losing before a child can be a joy. A child can also prove the parent wrong; they have the right to decide their life’s path. The frame ends with the daughter taking a picture of her smiling father. Within just 60 seconds time length, Grameenphone delivered the brand message with strong storytelling. Grameenphone’s brand message of embracing the present and future is reinforced, with a relatable storyline that will keep the audience’s attention throughout the video.

The power of doing more together: Can you overlook the impact of Facebook in our lives?