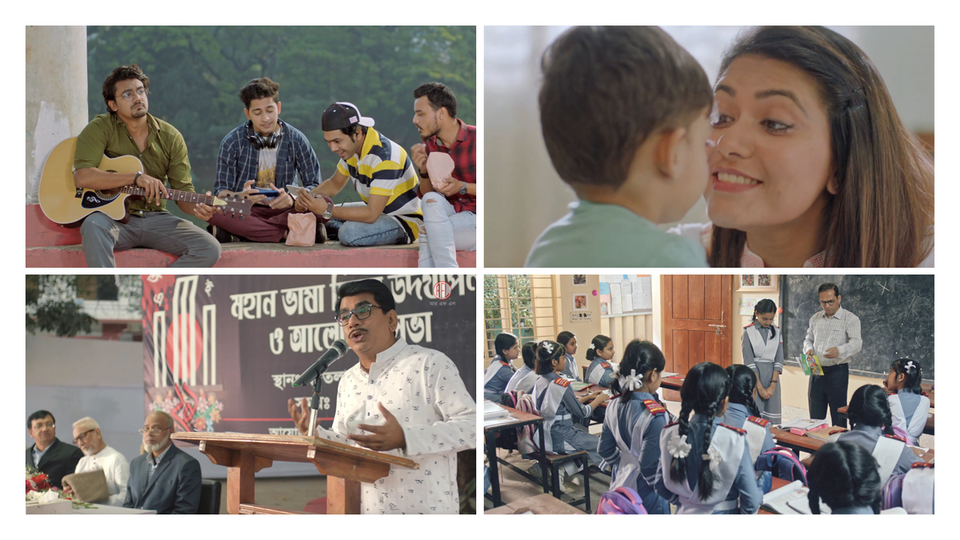 Can We Spare 68 Seconds For Our Beloved Bangla?2 min read

In the 68th Year of the tragic day of 1952, RFL announces a commendable campaign in the memory of our Language Martyrs. They have released a TVC demonstrating how we pollute our language with other language words. See the ad below:

The advertisement starts with how we instill the need for a foreign language in our toddlers from a very young age. It moves on to affecting our teenage, young life and even our late adulthood. It’s been over a decade that speaking in mixed language has become a norm in this culture.

RFL decided to point out the fact of language pollution to all of us. Even though all of us are practicing this pollution, most of us aren’t even aware that this is not right. The standout characteristic of the ad is the simple call to action.

Read More: Bidyanondo Reaches Out to All the Languages in the World

Through this ad, RFL asks everyone to make their own 68 seconds’ video to commemorate the martyrs and send it to the following link:  http://bit.ly/68-r-bangla.

You can make your video based on any of the following 4 topics:

You have to make the video where you speak for 68 seconds only in Bangla. No language pollution, no trendy word inclusion. The pure Bengali language our martyrs fought for.

The inclusion of famous writer Anisul Haque has been a commendable choice. He is well versed in Bangla and is well respected in the community. Furthermore, language pollution is seen mostly in teenagers where he is a much-loved character thanks to the kid’s magazine Kishor Alo.

Let us know your thoughts on the campaign and for more latest updates, be with Markedium.

Bidyanondo Reaches Out to All the Languages in the World