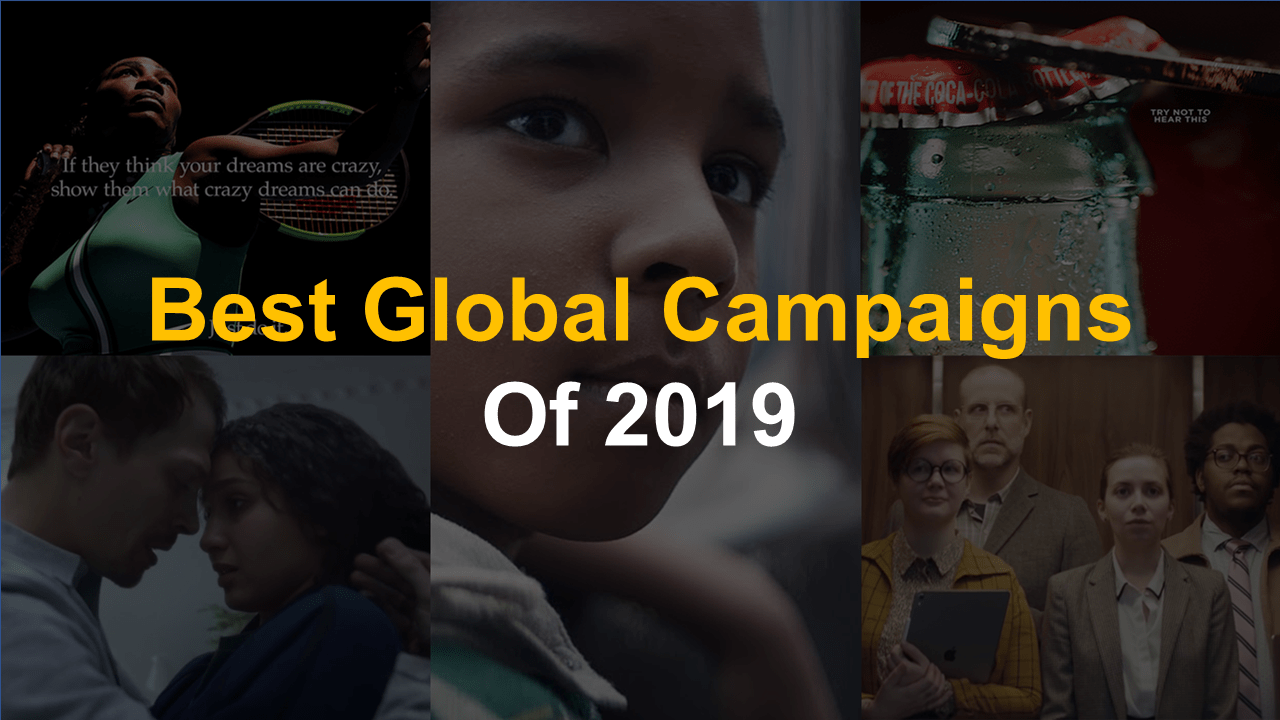 Each year, global brands attempt thousands of creative campaigns to make themselves heard in this global arena of ruthless competition. Those days are gone now when it was just about shiny lights and celebrity casts!

Consumers are now more educated and well informed. They want to know what the brands have to say and what are their stands. So, what it takes to make the audience feel connected to you?

Is it some strategical brilliance or a creative masterstroke or taking stands for things that make the world a better place? We believe you are going to need a combo to make this exciting set of audience delighted and sing the song of your brand.

Read More: Nike Latest Campaign | Dream For The Next You!

Here are the top 8 global campaigns of 2019 that we picked!

Burger King | A Whopper of a Secret

Just when 2019 was clicking its final wrap, Burger King revealed a secret that happened to be a killer of a campaign to outcast its all-time rival McDonalds. Why?

Just to prove that the Whopper outsizes rival McDonald’s Big Mac and it has hidden one behind every advert this year for Burger King.

How spot-on you have to be to plan such a year-long campaign? Just simply brilliant!

Coca Cola |Try Not to Hear This!

Well, we are talking about the best campaigns of the year and Coca-Cola won’t be there? It seems quite impossible, right?

Also read, Coke appoints a CMO two years after killing off the role

Coke didn’t disappoint this year as well. In-fact they came up with a sheer genius. This Coca-Cola campaign uses its iconic-ness to tap into the consumer’s memories of the brand to automatically associate the image with a specific sound. It’s an auditory illusion.

The New York Times and Droga 5 created a series of campaign films titled “The Truth Is Worth It”, the global giant news company has portrayed all the hard works and risks every reporter has to go through to shed the light on the truth. Why? Let’s face it.

The truth doesn’t get reported itself, yet we often forget the sacrifices made by the journalists working behind.

The voice-over from Serena gave the campaign was very powerful indeed!

Apple at Work | The Underdogs

The global tech giant made the landscape on a wildfire with a three-minute YouTube video called “Apple at Work-The Underdogs”. Apple’s campaign was one of their funnier Ads as of yet, and certainly one of the most impactful.

When we say impactful, we mean it; as Apple integrates a simple concept of a round pizza box into showcasing their multiverse products in one stage.

Thought up by BETC and marked Life is a Beautiful Sport, this campaign which comprises of a film and a progression of open-air visuals, underlines the brand’s major qualities: perseverance, freedom of the brain and of development, and imagination.

The campaign broke the regular convention through the ad campaign where it shows a couple’s anger and passion dismantle the world around them as they argue.

Being seriously competitive in nature, Burger King never had a problem to make its rival brands a bit shaky with their advertising campaigns.

With the ‘Consume That Ad’ campaign, any individual who dispatches the Burger King app in Brazil and focuses their cell phone at its rivals’ advertisements may appreciate seeing it being caught fire immediately – using augmented reality – and transformed into a BK content.

At the point when the flares consume with extreme heat, the customer was left with a screen that made them a winner of a free Whopper to be enjoyed at the closest Burger King outlet.

Gillette | The Best A Man Can Be

Although the campaign invited a splash of criticism and controversy, we still believe the campaign made justice to the core of Gillette’s brand essence. The execution might introduce some questions, the campaign was simply published to make men commit to kindness, solidarity, and common decency.

So, this was our take on this year’s top 8 global campaigns. Have we missed any that should have been on the list? Let us know.

Happy New Year!! We, Markedium wish you all the very best for the upcoming 2020.

Nike Latest Campaign -Dream For The Next You