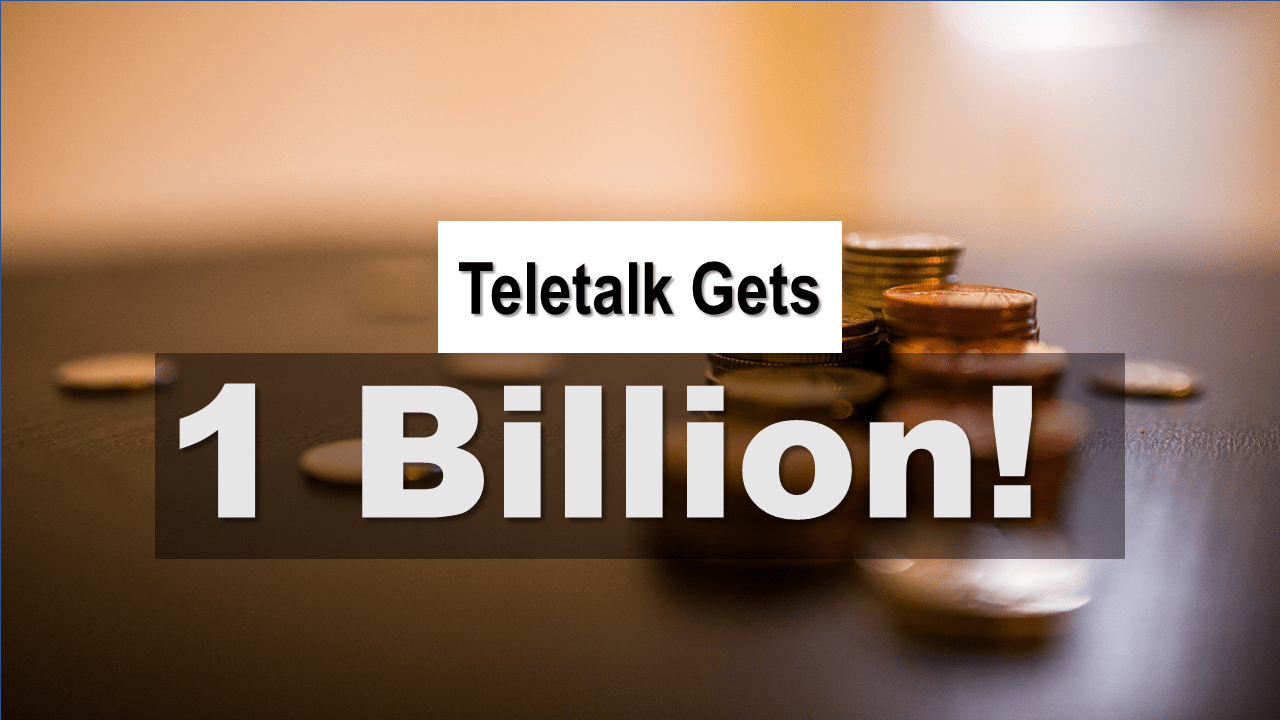 Teletalk Gets A Billion-Dollar Loan From Korean Company2 min read

Last year,  LG U+ offered almost $1.2 billion as loan. Recently, in a meeting,  The proposal was placed before Sajeeb Wazed Joy( Prime Minister’s ICT Affairs Adviser). When Mr. Joy gave the green signal, it was good to go.

According to Mustafa Jabbar ( the telecom minister), Teletalk has 48% network coverage, which is very low compared to other mobile operators. With this coverage, it is almost impossible to compete with anyone. So in order to improve the situation, Teletalk needs a massive amount of investment.

“And LG’s offer for Teletalk is a good option. They have offered $1.2 billion but I don’t think we need that much as Teletalk does not build any tower.” Said Mr. Mustafa Jabbar.

Mr.Jabbar also points out the fact that Teletalk has not been able to invest the amount of money they needed to invest.

He added, “One year ago Teletalk’s total investment was only TK 3,600 crore while Grameenphone’s was about TK 40,000 crore. None can expect a healthy competition with this minor investment.”.

Let’s talk about the advantages of the proposal. Bangladesh won’t have to take any sovereign guarantee because of this loan. Furthermore, the interest rate is not too high(only 3%).

With all said and done, taking a loan of this staggering amount does point out the fact that Teletalk has not been able perform well in the telecom industry. But, may be, the time for Teletalk is about to come. Who knows?

The Rapid Rise of the Electronics industry in Bangladesh