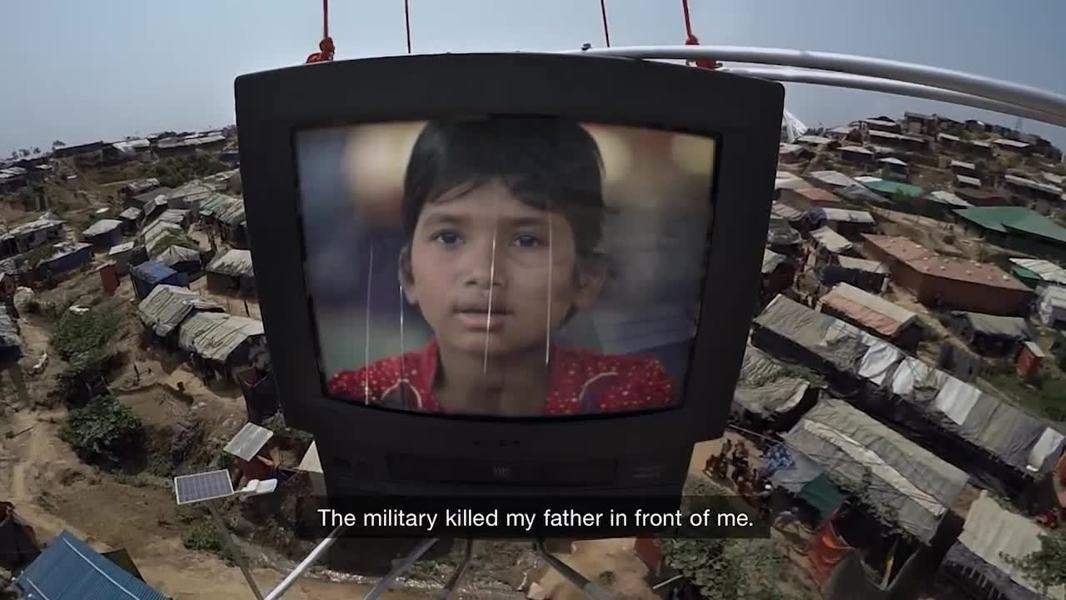 In a world that boasts absolute empathy, humanity, and evolution, little is being done to solve the Rohingya crisis.

It has been one year that an estimated 1 million victims were forced to flee their native land in the northern Rakhine province of Myanmar and seek shelter in Bangladesh and to shed light on the recurrence, Global NGO BRAC has partnered with Ogilvy, while supported by Texel Foundation, to create a new campaign, ‘#SpaceOnEarth’, a video, which illustrates the struggle of the 500,000 child refugees, who are distraught by the horrid brutality.

Ajab Samrai, the chief creative officer of Ogilvy’s Singapore based ASEAN, spent two weeks in the largest refuge camp of the world in Bangladesh- Myanmar border, filming their shocking stories.  In the video, that showcases a screen drifting in outer space, that plays the recordings of the kids who urge for the world to provide them with a piece of land where they can live. The UN describes the event as a genocide and BRAC informs about the requirement of US$56 million to be raised to finance its generous efforts to assist the Rohingyas, besides providing shelter, hygiene and healthcare, drinking water, food and proper nutrition, vaccination and learning centers. Although an amount of US$28 million has been raised till date, a staggering of US$30 million still remains and is an immense necessity due to the progressive monsoon season putting the shelters in the refugee camps at risk and bringing crucial challenges for the dislocated groups.

BRAC is performing an incredible work to convey this message through an exclusive prospect designed to raise awareness by exposing the focus on a humanitarian concern that demands all our consideration. The campaign, which hopes to thrust donations via the BRAC website, includes a 3-minute short film, #SpaceOnEarth. Humanity can only be nurtured in a world that concerns completeness and an affinity can be gained through an ingrained feeling of union. In a discussion, stated, “I wanted to give the most unempowered people on the planet a voice. Nobody was listening to their plight on earth, so I gave them a voice in space.”

More than just a video about promoting awareness and fundraising, the video and print series created by Ogilvy provided the children with a platform to pitch their voices for the first time. It delivers a significant message that in a world, this substantial, there must certainly be a secure place that the Rohingya children can ultimately call home. The children boldly communicate their hopes and dreams for a future that enables them to live in tranquility.

Which Companies Combinedly Can Become The WeChat of Bangladesh?