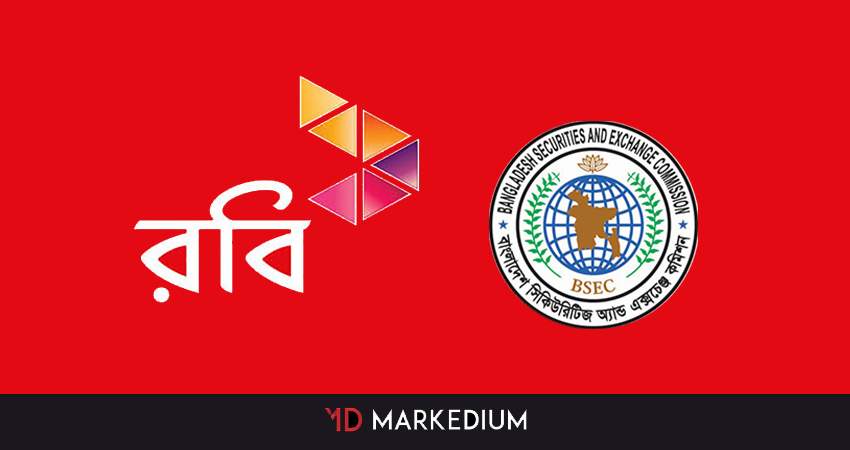 Back in January when news broke publicly that Robi, country’s telecommunication juggernaut, was planning to take the company public there was a visible amount of buzz within local investors. On 23rd September, Robi Axiata Ltd received a nod from the stock market regulator to go public. Today we look back at the long arduous road taken by the telecom juggernaut, to reach this milestone.

Talks of Robi’s listing have been going on since 2013. Bangladesh’s government has requested the operator on several occasions to make its debut on the stock exchange. But Robi put it off on grounds of not logging in profits consistently.

Robi’s decision to get listed was made public on February 21, when its parent company Axiata gave it the go-ahead to go for IPO through the fixed price method, according to a posting on Bursa Malaysia. Robi has been a staple of the local market since 1997 when the company commenced operation as Telekom Malaysia International (Bangladesh) with the brand name Aktel. In 2010, it was rebranded as Robi and the company changed its name to Robi Axiata Limited. Robi then merged with Airtel Bangladesh and the merged company, Robi Axiata Limited (Robi), started its commercial operation on November 16, 2016.

The venture was privately owned by Malaysia’s Axiata Group Bhd, Japanese NTT Docomo, and India’s Bharti Airtel Ltd. Axiata owns 68.7% of Robi, Indian Bharti Airtel holds 25 percent stakes after it sold off its Bangladesh subsidiary to Robi and Japanese NTT Docomo the remaining 6.31 percent. All three parties’ holdings will be diluted according to the current ratio after the initial public offering.

According to Bloomberg, through the now approved IPO Robi plans to raise 5.24 billion takas (62 million USD) in an initial share sale to expand in Bangladesh. This will translate to 523,800,000 shares offloaded at Tk10 each on the Dhaka and Chittagong stock exchanges. The country’s biggest initial public offering since 2009- will help Robi grow its network in a nation that the Asian Development Bank forecasts will expand 5.2% this year, the fastest pace in South Asia.

First-time share sales are roaring back across the world as abundant liquidity helps equity markets look past the still-spreading COVID 19 pandemics. Bangladesh’s benchmark DSE Broad Index has risen 38% from its March low. Robi’s IPO is the biggest since energy firm MJL Bangladesh Ltd and telecom giant Grameenphone launched their IPOs in 2010 and 2009 respectively. Grameenphone, Robi’s market competitor, filed its final application for an initial public offering (IPO) of USD $65 million (BDT 449 crore) with the Securities and Exchange Commission (SEC) back on December 11, 2008, and was enlisted on the stock exchanges in 2009. Citigroup Global Markets Bangladesh Private Ltd. acted as the placement agent and the Issue manager for the IPO as opposed to Robi who appointed IDLC investments for their IPO. GP currently sits at a stock price upwards of 330 BDT while its shares hit the highest price of Tk 510 in February 2018. Robi plans to start its shares priced at BDT 10 taka per share.

The Road so far-

The move was not without its risk though. According to the new public issue rules amended in September last year, a company can apply for IPO if it has been in commercial operation having a positive net profit after tax at least for the latest financial year. Losses have always been an issue with Robi’s operations. The operator saw losses in 2013 and 2014. It logged in profits of Tk 240.23 crore in 2015 and then saw losses again. Robi next saw profits in 2018, after two years straight years of losses.

Robi incurred losses of Tk 24.6 crore in the first quarter (January-March) and Tk 32.2 crore in the second quarter (April-June) of the year 2019. But its business turned around significantly in the third quarter, posting Tk 170.7 crore in profits. Finally, Robi finished 2019 with a profit after tax (PAT) of 17 crore taka thereby gaining eligibility. The profit however was down 92.12 percent from the previous year. Robi added 2.1 million new subscribers, the company ended 2019 with a subscriber base of 49 million subscribers, representing 29.6% of subscriber market share.

BSEC agreed to help out Robi in all steps of its IPO process. At a press conference on February 22, Robi’s senior executives announced two conditions set by its parent company Malaysia-based Axiata Group. The first condition is that Robi’s corporate tax must be brought down by at least ten percentage points. The operator pays 45 percent corporate tax at present. They will seek to bring down the corporate tax rate to 30 to 35 percent for the next 1o years; or else there will not be any benefit for the listed company. Grameenphone got the corporate tax benefit when it got listed. But the government withdrew the benefit a few years ago. The second condition is the withdrawal of the 2 percent minimum income tax on overall revenue that the government has imposed from this fiscal year by cutting the turnover tax to 0.75 percent.

“Robi’s listing will help Bangladesh’s twin bourses to become stronger — this will be a gift for the country’s stock market investors,” Mahtab Uddin Ahmed, chief executive officer, and managing director of Robi, said at the press conference.

On March 1, Robi filed draft papers with the BSEC with a plan to float 10 percent or about 52.38 crore shares — 38.77 crore shares in IPO and 13.61 crore shares under employees under the Employee Share Purchase Plan (ESPP) — at Tk 10 each. In total, Tk 523.79 crore would be raised. Robi in its IPO prospectus mentioned that the company received Tk 136.05 crore as share money deposit from its employees to issue the shares at an issue price of Tk 10 each. ‘In the event, the company doesn’t list its securities on public exchanges, the deposited money will be fully refunded to the employees with interest it earned,’ it said. The deposit against the ESPP is reported in the Robi audited accounts as a ‘current liability’ and not as part of equity. Robi sold shares to its employees with the condition that they will get an allotment of shares only if the BSEC approves the company’s IPO. Otherwise, the company will return the money to the employees.

However, the current public issue rules do not allow Robi to issue shares to a specific group of people after receiving consent for its IPO from the BSEC. Officials of the Bangladesh Securities and Exchange Commission and the Financial Reporting Council said that Robi must issue shares to its employees before it got consent for its IPO from the BSEC and revise its IPO prospectus with necessary changes including the names of the new shareholders with declaring a two-year lock-in for their shares. BSEC officials said that the commission usually did not allow any company to issue placement shares after IPO approval as the new shareholders might sell the shares at higher prices to some people before the start of trading of the company’s shares on the market.

The officials said that a company could issue shares through bonus shares and the right offer after IPO and all the shareholders including general shareholders would have an equal right to the issue.

Therefore, the decision may stymie the progress of the company’s IPO. Further complexity will rise if the company could not get listed on the stock exchanges as Robi’s employees might not be interested in purchasing shares of a non-listed and unprofitable company. If the operator issued the shares to its staff and did not get listed for any reason, the additional shares could be a burden for the company’s business. Robi has sought an exemption from the public issue rules so that it can issue shares to employees after getting the regulatory approval to the IPO proposal.

Earlier in September, The Bangladesh Securities and Exchange Commission (BSEC) has decided to exempt Robi Axiata Limited, the country’s second-largest telecom operator, from some clauses of Public Issue Rules for its initial public offering (IPO). And on 23rd September, Robi Axiata Ltd received a nod from the stock market regulator to go public. The operator would use the IPO proceeds to expand the network.

Prev Next
Subscribe to our newsletter
Sign up here to get the latest news, updates and special offers delivered directly to your inbox.
You can unsubscribe at any time
0 0 votes
Article Rating
Dhaka Stock ExchangeRobiRobi IPOTelecom Industry Bangladesh
Share FacebookTwitterGoogle+ReddItWhatsAppPinterestEmailLinkedinTelegramViber

Shadhin was built at the front lines of the South Asian Digital Revolution. His journeys rewarded him with first hand experience in E-Commerce, Content, Digital Marketing and Advertising; with his latest stop being at Asiatic JWT.

A marketer by profession, a policymaker by aspirations and an avid reader by heart; storytelling is Shadhin's passion.