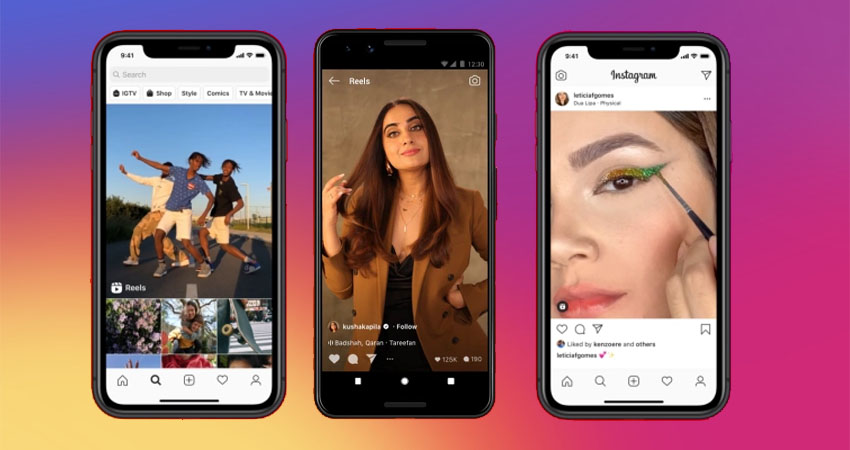 As soon as India boycotted TikTok along with several other Chinese apps, Instagram Reels stepped into the game. In other words, it’s a short video feature that has the similar functionalities like TikTok called Reels in India. Moreover, the new feature lets users create videos on the app. In addition, it lets them adding creative filters and music and share them beyond their regular followers.

Notably, the test took place right after the news of Facebook shutting down it’s TikTok clone, Lasso. To compare, unlike Lasso, Instagram Reels took place as a feature within Instagram itself. Again, Reels allows users to create and post short, 15-second videos just like TikTok video features. Besides, the new feature offers a set of editing tools. Such as, a countdown timer and those that adjust the video speed. Yet, Instagram does not have a separate tab to display all the Reels content in a particular scrollable feed.

At this instant, India is the fourth country where Instagram Reels is on a test. Consequently, Instagram Reels will start rolling out for users in India starting the 9th of July at 7:30 PM IST. Especially for Reels, Instagram collaborated with prominent music labels to provide a vast collection of songs to users to create interesting Reels and share with everyone.

Generally speaking, 45% of the videos on Instagram are 15 seconds or less. In the same vein, stories are not the only place where they wanted to share the videos. Instead, people want them to stick on for longer and be distributed beyond their followers.

Therefore, Reels will allow to shoot video, add filters, and music from Instagram’s catalog and share it beyond the platform. Further, users will be able to share Reels in Explore, and also on Feed with followers.  Nonetheless, there will be no monetization avenues for now.

Be that as it may, TikTok stockpiled more than 200 million users in India before the ban. Reuters recently reported a stream in popularity for other Indian video-sharing apps. For instance, like Roposo, Chingari, and Mitron. In fact, Roposo even saw its user base jump by 22 million in the two days after India banned TikTok. Therefore, It is important to realize Instagram Reels has a long way to go.

Prev Next
Subscribe to our newsletter
Sign up here to get the latest news, updates and special offers delivered directly to your inbox.
You can unsubscribe at any time
0 0 votes
Article Rating
IndiaInstagramreelsTikTokTikTok Ban
Share FacebookTwitterGoogle+ReddItWhatsAppPinterestEmailLinkedinTelegramViber