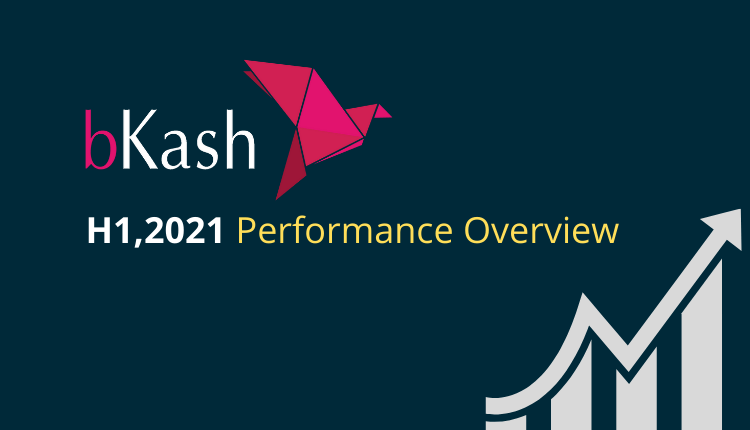 bKash, the leading mobile financial services company has enjoyed another successful six months in terms of growth. The company which has been investing heavily into customer acquisition and merchant payment has grown by 28.9% YoY compared to the same period last year. The growth is mainly driven by acquiring a higher customer base and higher transaction volume. Loss after tax increased by 102.3% YoY mainly due to investment in marketing and technology.

Gross Revenue increased by Tk 3,474.8 Mn from H1’20 mainly driven by higher customer base and transaction volume. As of H1’21, the total number of customers of bKash is 53.7 Mn which is about 9 Mn more than in H1’20. Total active customers in H1’21 was 27.2 Mn which is about 50.7% of the total customer base of bKash. The active customer ratio came down from 2020 mainly due to second and third phase lockdown during the H1’21 period which forced a lot of agents to close shops. The company is growing strongly with a 75% market share (Bangladesh bank data doesn’t include Nagad’s data), 0.3 Mn Agents, and 0.3 Mn Merchants. Total transaction volume for the first six months of 2021 was Tk 2,847 Bn. 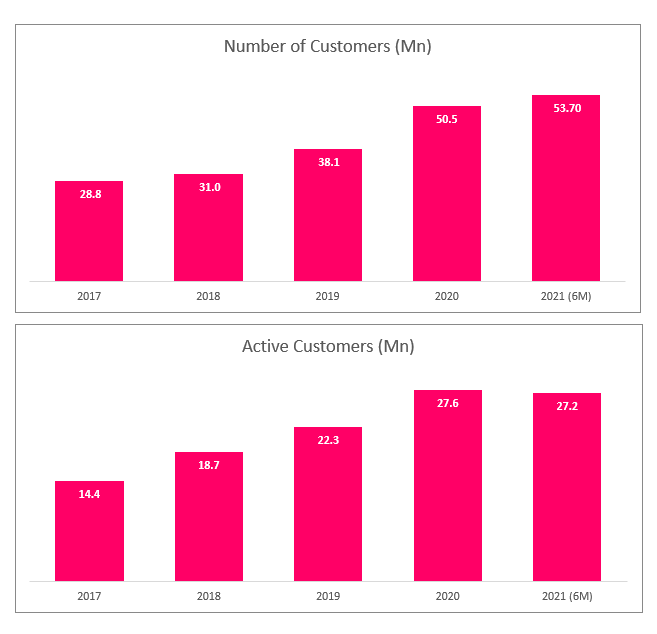 bKash continues to perform well in its focus areas. The customer base of the company is gradually increasing and so is the transaction volume.  Merchant payment which is one of the key areas of focus of bKash has increased by about 500.0% from the same period last year. The company is also increasing its services in banking solutions by partnering up with IDLC for the “Digital Savings Scheme”. The scheme will allow users to use the term deposit services of IDLC Finance directly through bKash’s app. Hence, we believe that the company is going to continue its growth in revenue in the coming quarters.